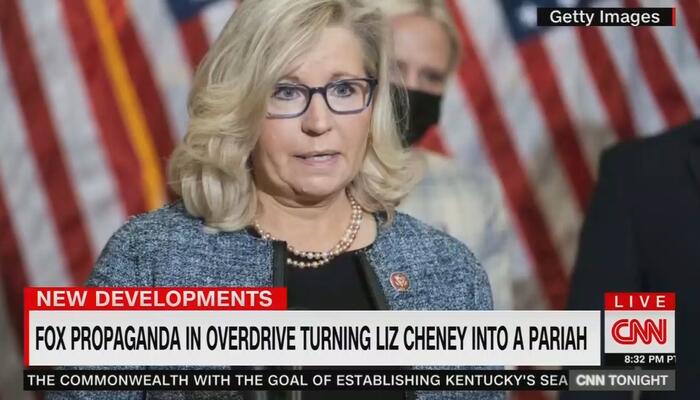 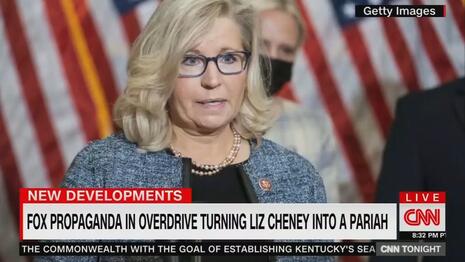 The front page of the May 13 Washington Times was sobering: “President Biden’s second 100 days are off to a woeful start, including a gas shortage for much of the East Coast, a surge of inflation, a slowdown in hiring despite a record number of job openings, renewed fighting in the Middle East and an unresolved border crisis.”

But the rest of the news media? They’re obsessing over how terrible (and terribly split) the Republicans are. One party is engaged in a “civil war,” and the other is forever portrayed as a placid pool of calm.

This is how you know the “news” today is whatever narrative the Biden-coddling “mainstream” media decide to adopt. They’re never going to sound like Ted Cruz, who says “Biden policies are failing across the board: economically, domestically and abroad.” They’re going to sound like humanoid robots programmed by Jen Psaki.

It’s not even entertaining to imagine how the media would cover these developments if Donald Trump were president. Trump would be blamed for all this, but it’s also safe to assume they would be doing a large chunk of what they’re doing now: obsessing over the dangerous Republican party, championing the protests of Liz Cheney, wallowing in “new” footage of the dreadful January 6 riot.

The media pretend that they exist to moderate our democracy and hold public servants accountable and explain complicated policy matters. Instead, they focus on food fights and clickbait and exacerbating the nastiness of social media.

Curtis Houck of the Media Research Center studied CNN coverage for 12 hours on May 12 and found they spent 151 minutes obsessing over Liz Cheney’s impending ouster and only 55 minutes and change on multiple economic problems mounting in the country. That’s almost a three-to-one disparity.

The government reported the number of encounters at the Southwest border region in April was 178,622, an increase from the then-record-breaking 173,348 in March. But even as the surge went up three percent, MRC’s Rich Noyes found the amount of network coverage on the ABC, CBS, and NBC evening news programs dropped dramatically from March to April, by 61 percent.

But it’s worse than just numbers. President Biden and his policies were completely shielded from blame in 48 of the 88 stories aired during these two months, as less than one-third (26) included any reference by the reporter that the surge had anything to do with Biden.

In preparation for the President’s 100th day in office, CBS News polled more than 2,500 adults. Among major issues in the survey, the public’s worst reviews (57% disapproval) came on Biden’s border bungling. CBS helpfully excluded that negative number from their reporting. The networks have this persistent habit of reporting the poll numbers they like, and burying the poll numbers they don’t.

Instead of tough questioning, reporters like Yamiche Alcindor of PBS buttered up Biden in his only press conference so far that “the perception of you that got you elected — as a moral, decent man — is the reason why a lot of immigrants are coming to this country.” Biden told his PBS publicity helper he should be “flattered” by the six-figure immigrant surge.

The media repeat after Psaki that this is not a “border crisis,” it is merely a “challenge.” She sounds like Psaki Poppins, urging the press to spoon out the sugar to help the liberal medicine go down. The nanny makes us feel vaguely sickened. The wheels are coming off this country, and the journalists are in denial.

Survey: 1 in 3 Americans to Postpone Retirement After Lockdowns
Yes, Conservatives Should Celebrate Juneteenth. Here’s Why.
Douglas Laycock on the Importance of the Fulton Decision
New Revelations Prove Why The Maricopa County Election Audit Was Needed
Children Do Better When Raised in Intact, Two-Parent Homes