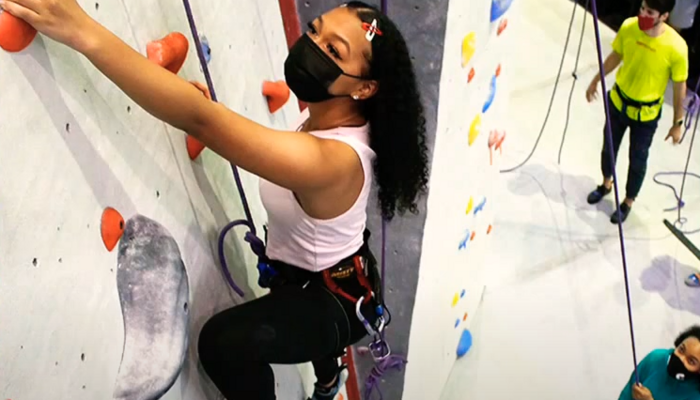 The super woke students of Cornell University continue to defend a BIPOC-only rock-climbing class after an online uproar. 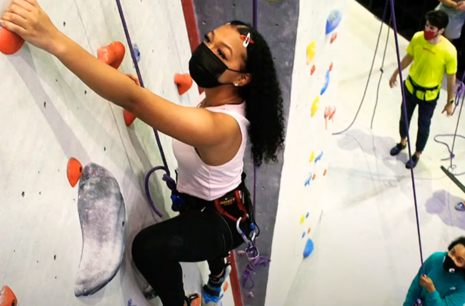 Various conservative outlets decried the prestigious university’s “Black, Indigenous, and Other People of Color” rock-climbing course which directly excluded white students when it was first announced for the Spring 2021 semester. After receiving extensive right-wing media backlash, the University finally opened the class up to white students as well. Cornell students, however, continued to defend the original intention of the course, which was described as “designed to enable Black, Indigenous, Latinx, Asian, or other people of color underrepresented in the sport of rock climbing to learn the sport and to feel included and supported.”

According to The Cornell Daily Sun, “the course description initially said that the class was open only to those students identifying as BIPOC.” Rightly so, the exclusive nature of the class drew criticism from across the internet, as many characterized it as being “racist” and “racial segregation.” The class was considered to violate federal Title VI, which “prohibits discrimination on the basis of race, color, or national origin in any program or activity that receives Federal funds or other Federal financial assistance.”

The conservative news outlet, The College Fix described the race-based enrollment as exhibiting a “ban on whites.” It cited a comment for the original Reddit discussion page attributed with bringing the story to light: “They believe that the best way to promote diversity and inclusion is by the deliberate exclusion of students on the basis of their race. This is an interesting theory that had more support a few generations ago, but perhaps they were right back then.”

Campus Reform, another conservative news outlet focused on higher education, addressed the “racially-segregated physical education course” and revealed that the university’s reaction was to “frantically scrubs the website when confronted.” Cornell changed the original course description to “This class is designed to enable Black, Indigenous, Latinx, Asian, or other people of color underrepresented in the sport of rock climbing to learn the sport and to feel included and supported. The class is open to all Cornell students interested in learning rock climbing with this special focus.”

Campus Reform received a statement from John Carberry, Cornell’s Senior Director of Media Relations and News, which said, “All Cornell students are welcome to enroll in this course. While the original description of the course represented an intentional focus on outreach and inclusion, there was never an intent to exclude non-minority students. The description of the course has been adjusted accordingly.” Carberry submitted to the Cornell Daily Sun on May 4, that “While some [activities] may include a focus on students with specific identities, they are not restricted to only those students.” It seems as though a revisionist perspective is being provided to deflect the reality of how exclusionary this woke college course truly was.

The instructors for the rock-climbing course defended its original design. One of whom happens to be a current senior at the university, Michelle Croen, who explained that “it’s difficult to be a minority and feel welcomed in the outdoors,” and that “cost of entry and accessibility [and] smaller microaggressions like the names of some outdoor climbing routes,” present unfair disadvantages to them. She added that “Just under the surface, the climbing world especially is affected by racism, sexism and size-ism,” and the course’s purpose functioned “by creating a community of traditionally underrepresented people, we allow students to explore climbing and what it means to them on their own terms, in a comfortable, safe space.”

A May 4 article written by Tristan Justice for The Federalist described the student body response in defense of the racist course as “highlighting elite fragility.” He explained that it is “just the latest illustration of how America’s toxic obsession with race reverse decades of progress on racial equality.” Justice commented as well on the increasingly more common tendency to “see race in everything, even where it might not exist,” and what this means for the nation’s future; namely “a new generation of elite students in corporate boardrooms and legacy newsrooms infected by woke fragility.” Ultimately, he concluded that this phenomena will result in a “new kind of racism,” one in which the minority will actively seek out special treatment “to overcome a supposed racial, gender, or sizable handicap.”