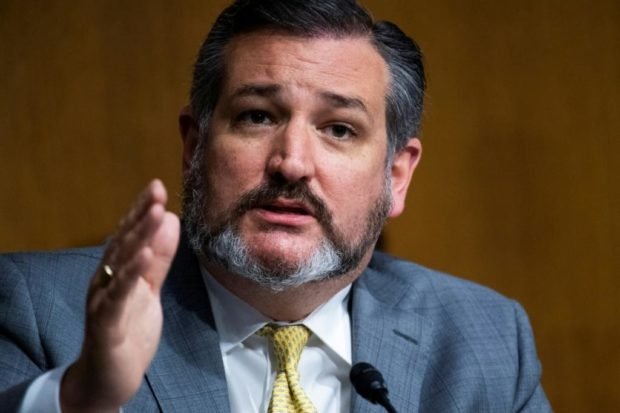 Republican Sen. Ted Cruz vowed to no longer accept campaign contributions from corporate political action committees and urged his colleagues to do the same.

Corporations have consistently attacked conservative values while expecting Republicans to grant them political favors, Sen. Ted Cruz wrote in a Wall Street Journal editorial Wednesday evening. The Texas senator said “woke CEOs” like Republicans until any sign of controversy is sparked online, causing them to run away.

“For too long, Republicans have allowed the left and their big-business allies to attack our values with no response,” Cruz wrote in the WSJ editorial. “We’ve allowed them to ship jobs overseas, attack gun rights, and destroy our energy companies. We’ve let them smear Republicans without paying any price.”

“To them I say: When the time comes that you need help with a tax break or a regulatory change, I hope the Democrats take your calls, because we may not. Starting today, we won’t take your money either,” Cruz wrote.

Starting today, I no longer accept money from any corporate PAC.

I urge my GOP colleagues to do the same.

For too long, Republicans have allowed the left & their big-business allies to attack our values & ship jobs overseas with no response.

Since taking office in 2013, Cruz has accepted $2.6 million from corporate PACs, he added.

Cruz is the latest Republican elected official to send a warning to “woke” corporations, urging them to stop taking conservatives for granted. Last week, a group of seven House Republicans pledged to stop accepting contributions from Big Tech companies including Facebook, Google, Amazon, Apple and Twitter, which they said censor conservative voices online.

“This is going to be a litmus test for conservatives,” a Republican campaign official told the Daily Caller News Foundation.

In March, Republican Sen. Marco Rubio became the highest profile Republican to endorse the effort to unionize an Amazon warehouse in Alabama. He argued Amazon and the wider business community shouldn’t expect Republican support when it routinely attacks conservatives in the culture war.

“For decades, companies like Amazon have been allies of the left in the culture war, but when their bottom line is threatened they turn to conservatives to save them,” Rubio wrote in USA Today. “But the days of conservatives being taken for granted by the business community are over.”

Column: America Declines, Media Obsess Over GOP Squabbles
China says retail sales grew 17.7% in April, missing expectations
Joe, Disco is Dead as are the ’70s
The Squad Is Rooting for Hamas
Space Force Unit Commander Removed From His Post For Decrying Marxism in the Military