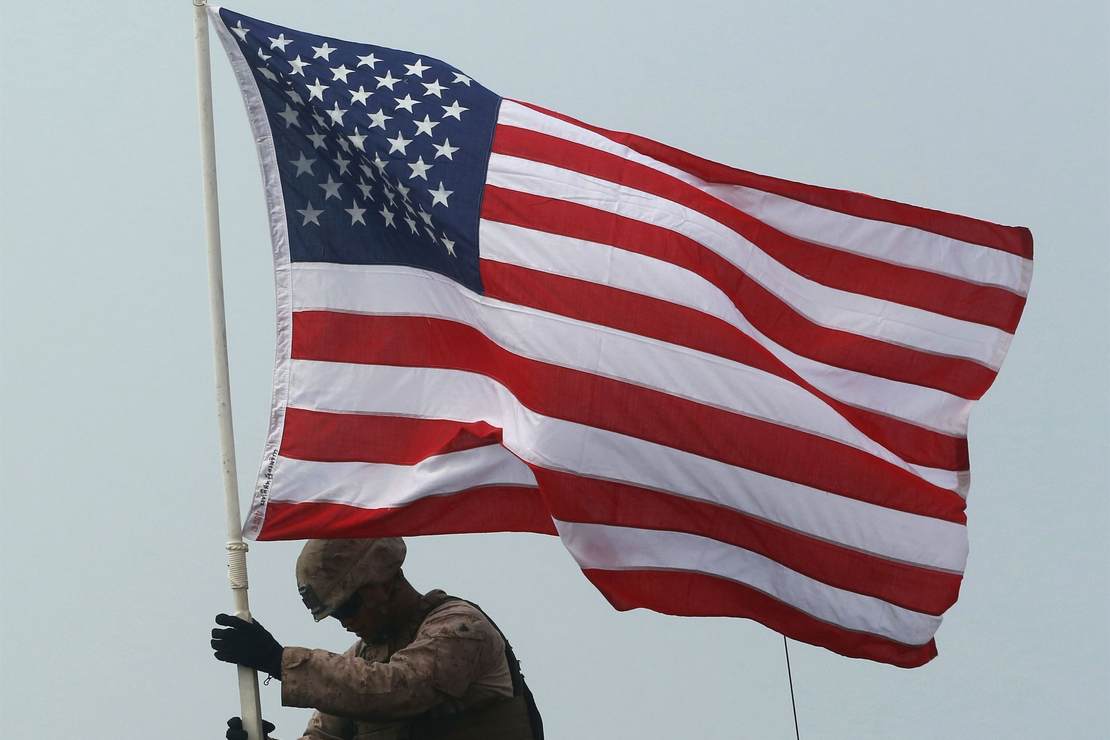 It was 1960 and John Wayne was still seen as the quintessential American when The Alamo hit the theaters. Wayne produced, directed, and starred in the film, playing Davey Crockett. It was a dramatic and cinematic triumph even if it was historically inaccurate.

There’s one moment in that film that had little to do with the Alamo but said much about being an American. Wayne, as Crockett, is informed of the intention of Sam Houston to create a Texas republic.

Republic. I like the sound of the word. It means people can live free, talk free, go or come, buy or sell, be drunk or sober, however they choose. Some words give you a feeling. ‘Republic’ is one of those words that makes me tight in the throat—the same tightness a man gets when his baby takes his first step or his first baby shaves and makes his first sound as a man. Some words can give you a feeling that makes your heart warm. Republic is one of those words.

If anyone else but John Wayne had made that little speech, it almost certainly would not be remembered so fondly today by so many. Melodramatic, maudlin, and horribly dated, it nevertheless speaks to the American soul in a way that few other speeches have.

We use the word “republic” cavalierly today. Most people really mean “democracy” when they say “republic.” But the word “democracy” never appears in the Constitution. The two forms of government are not interchangeable. The authors of the Constitution never intended they would be. The United States of America is a republic. For how much longer is the question.

As the assault on Senate institutions continues and the “transformation” of America into something that isn’t very American threatens the concept of nationhood, it seems overly dramatic — but, unfortunately true — that the fate of the republic depends on two senators from different parts of the country.

It’s not where they’re from. It’s what they believe.

Sens. Joe Manchin (D-W.Va.) and Kyrsten Sinema (D-Ariz.) are under lots of pressure from liberal activists and their Democratic colleagues to buckle on the filibuster, McConnell told Senate Republicans on Tuesday, according to two sources familiar with the party meeting. That’s why the GOP should keep the moderate pair close and publicly praise them, the party leader explained, because they could “save this institution.”

“For me right now, they’re almost guardians of democracy because they’re trying to protect us from the loss of the legislative filibuster and everything that would come with that. They’re good people,” Sen. John Thune said in an interview. “They want to do the right thing.”

And it’s not just the filibuster they are standing in the way of. Manchin’s stated commitment not to vote for the $15-an-hour minimum wage prevented Bernie Sanders from getting his way. And both Sinema and Manchin have demanded Joe Biden work with Republicans on an infrastructure bill before they will sign on to it.

As Manchin and Sinema’s mettle is tested in upcoming votes on voting rights, healthcare, and perhaps Supreme Court Justices, we’ll see how far their commitment to republican principles goes. But as it stands now, the primary issue of the filibuster remains key to maintaining the essence of the republic.

The drive to repeal the filibuster has nothing to do with its supposed “racist past.” That’s a nonsensical argument. The filibuster is a lever of power to be wielded by the minority to protect itself — and the nation — from the fierce winds of partisanship that blow through Washington on a regular basis. The original purpose of the Senate — to put a brake on the passions of the people expressed in the House — has largely been lost through the years. But as a brake on a runaway majority, its purpose is clear. An election that could have turned with the change of a few tens of thousands of votes out of 140 million votes cast should not be used as an excuse to “transform” anything, much less the United States of America.

Manchin and Sinema are unlikely vessels in which to place our faith and hopes for the future. But there they are — standing up for republican principles when few others will. That’s a real “Profile in Courage” and they deserve our admiration and thanks — if not our support.