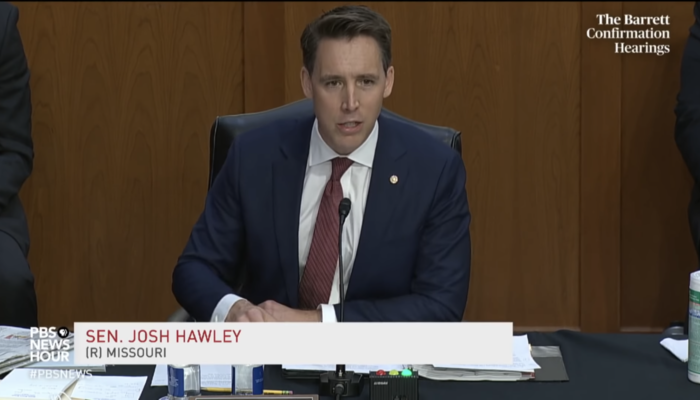 Big Tech companies often try to get away with practices like censorship that harm consumers, but one United States senator has a plan to fight back.

Sen. Josh Hawley (R-MO) has introduced the “Trust-Busting for the Twenty-First Century Act” (the Act). Hawley’s bill would reform the 131-year-old Sherman Antitrust Act and the Federal Trade Commission Act and protect the “sanctity of competition,” according to Axios.

The act also specifies that if a company is found to have acted in an anticompetitive manner, “the court shall order disgorgement of all profits earned by the defendant as a result of the conduct constituting that violation.”

Hawley’s bill would also make it harder for massive companies to buy up their smaller competitors. The bill stated that “No person with a market capitalization exceeding $100,000,000,000” can acquire any “stocks or assets” that may “lessen competition in any way.”

Hawley railed against the “growing political power, not just of Tech, although that’s quite significant, but industries across the board” in an April 12 call with reporters.

Last month, five more states joined in one of three antitrust lawsuits against Google. Facebook has its own share of antitrust worries with one antitrust lawsuit from the FTC and one from a coalition of 48 states and territories.

The Smell of Pork Spending Sizzling in Congress Unappetizing to Nets
Trainee flees Fort Jackson, hijacks school bus full of kids using Army-issued rifle, officials say
It Takes an American Vaccine to Clean Up a Communist Disease
Don’t overreact to a stock’s post-earnings decline because the market can be wrong, Cramer says
BioNTech to produce vaccines in Singapore, its new regional headquarters