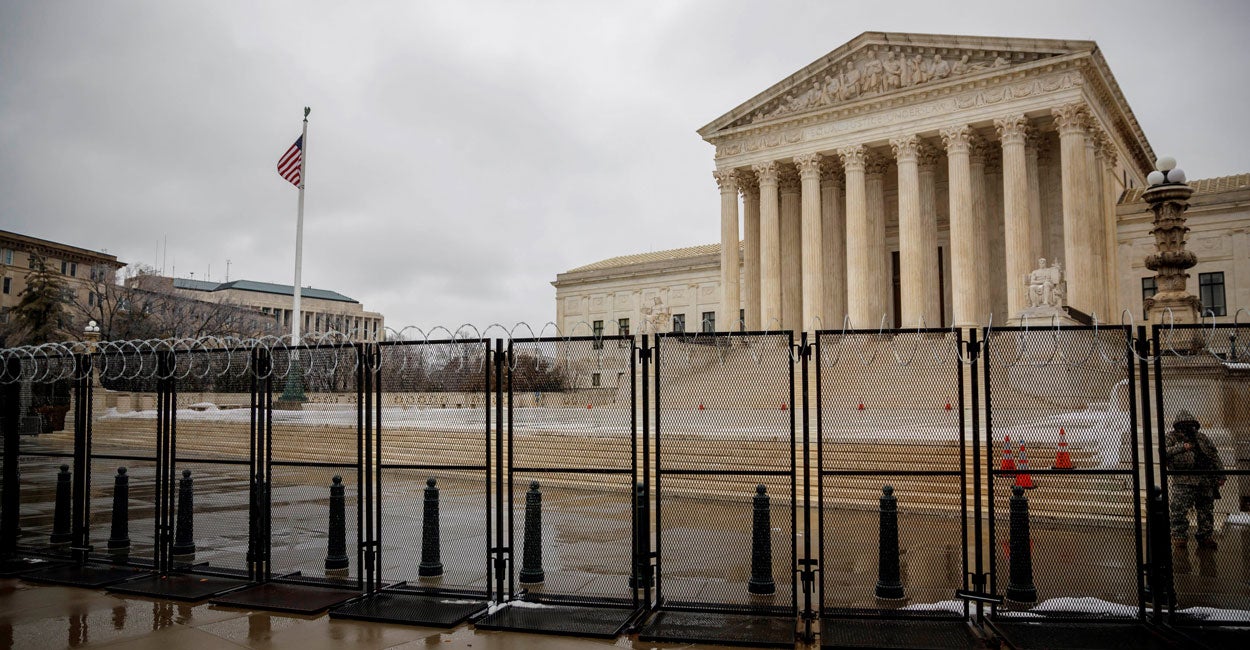 Today, President Joe Biden signed an executive order creating the Presidential Commission on the Supreme Court of the United States. The White House announcement and the members chosen for this commission raise serious questions about its real purpose and concerns about its impact on the independence of the judiciary.

The most obvious question is why the Supreme Court needs to be examined at all. The simple answer is that the left wants a judiciary in general, and a Supreme Court in particular, that is likely to decide cases that will further a leftist political agenda. Results that are politically correct—not judicially correct—are what matter to the left, and the left is not satisfied with the current Supreme Court’s decisions of late. Therefore, they want to create one in their own image.

One of the reasons America declared independence from Britain, however, was that King George was trying to manipulate the judiciary. The Founders designed our judiciary to be independent from the political branches. The left, on the other hand, sees judicial independence not as a principle to be defended, but as an obstacle to be overcome. This commission is part of their plan to overcome it.

Biden mentioned the idea of appointing a commission to study the courts last October in a “60 Minutes” interview. He was a but fuzzy, however, about why it was needed, saying only that the courts were “out of whack.” The White House press release today is similarly vague about this commission’s mandate, saying only that it will analyze “the principal arguments in the contemporary public debate for and against Supreme Court reform.”

Analysis of arguments in an ongoing debate might be useful, but it certainly does not require a presidential commission.

This is only the second commission in the last 50 years to examine the Supreme Court at the behest of a president. In 1975, President Gerald Ford directed Attorney General Edward Levi to appoint such a commission. It had 10 members drawn from within the Justice Department and offered recommendations about matters involving the size, administration, and jurisdiction of the federal courts. In contrast, the Biden commission has 36 members, none of whom come from the Justice Department, and will evaluate existing reform ideas but not offer any of its own recommendations.

Even so, the list of “reform” ideas that the commission will mull over includes court-packing or, as the White House release puts it, the “membership and size of the Court.” The Supreme Court has had nine members since 1869 and decides less than half the cases each year as it did a few decades ago. The only reason to expand the court is to create new vacancies that Biden could quickly fill to change how the court decides cases.

Justice Stephen Breyer recently warned against this course, echoing his late colleague Justice Ruth Bader Ginsburg, who said in 2019 that there was no need to change the number of justices.

Left-wing groups, however, have been demanding a judiciary makeover in general, and court-packing in particular, for years. The group Demand Justice, for example, says that “structural” reforms, such as adding four Supreme Court seats, would be “big, bold solutions” to “big, urgent problems.” They also want term limits for Supreme Court justices, another issue the Biden commission will examine.

Unlike previous commissions, however, the Biden commission includes members who are already on record as favoring some of the very proposals that they will be tasked with examining.

For example, on commission member is Michael Waldman, president of the Brennan Center for Justice. This organization has advocated for judicial term limits and changing the method of appointment. It is hard to imagine Waldman examining the pros and cons of these reforms evenly, rather than agree with them as a foregone conclusion.

Harvard Law School Professor Emeritus Laurence Tribe is also on the commission. In his 1985 book “God Save This Honorable Court,” he outlined how the Senate could refuse to confirm any Supreme Court nominee who would not commit to particular rulings on certain constitutional issues. Tribe also advised Senate Democrats in 2001 as they launched their campaign to filibuster President George W. Bush’s judicial nominations. His partiality, therefore, is in question, to say the least.

Also on the commission is Sherrilyn Ifill, president of the NAACP Legal Defense and Educational Fund. Last year, her group signed a letter using the COVID-19 pandemic as an excuse to stop the entire judicial appointment process.

Even without endorsing specific reform ideas, the Biden commission will no doubt achieve some results. Unfortunately, those may include misleading the American people about how the judicial branch is designed to operate.

A majority of Americans already believe that the Supreme Court decides cases based on politics rather than the law. This commission will likely worsen that trend.