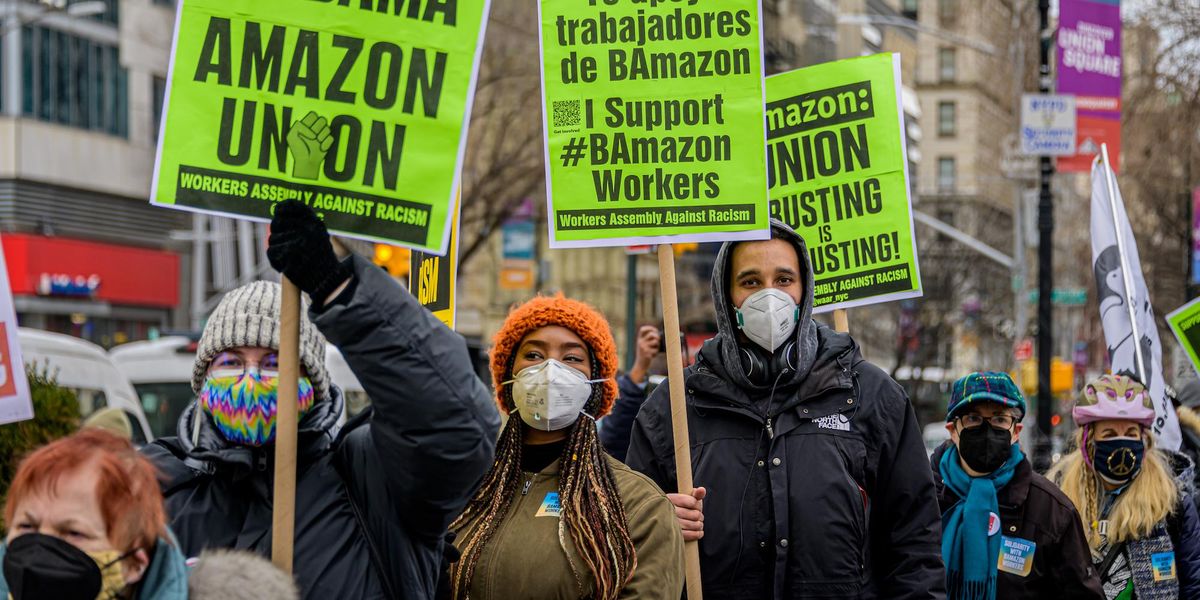 A highly anticipated union vote among Amazon warehouse workers in Bessemer, Alabama, appeared to be headed toward defeat for the union, and many liberals on Twitter are very angry about it.

The vote count will resume Friday but with half of the votes counted Thursday, only 463 votes supported unionization, while 1,100 votes opposed unionization, more than a 2 to 1 margin.

A total of 3,215 votes were cast in the vote that is being overseen by the National Labor Relations Board.

The unionization effort needs 1,608 votes to win, a “nearly insurmountable climb” according to NBC News.

Some on the left took to Twitter to express their fury and frustration with the failure to unionize Amazon.

Not surprised at the disappointing Amazon union vote so far. No matter how hard organizers work, when the wealthies… https://t.co/EdjIL5YWuD

“No matter how hard organizers work, when the wealthiest man in the world is pulling out all of the stops to terrify workers & lie to them about unions, and actively punishes people for being pro-union, it’s hard to win,” Robinson said.

“I think a lot of folks really, really want Amazon workers to win, and it’s amazing to see, but the reality is that union campaigns are rigged against workers in the best of circumstances, let alone when you’re taking on Amazon,” replied unionist C.M. Lewis.

“This Amazon union vote is another good lesson on how out of touch online politics is with the realities on the ground. It’s like night and day,” said another user who identified himself as a “Hillary Clinton Democrat.”

“The most likely outcome in these situations is that the employer successfully busts the union by instilling fear and uncertainty into the workers, and even those workers that were initially in favor of organizing into a union get afraid and change their mind,” said associate professor Rebecca Givan at Rutgers University.

Despite the apparent defeat in Bessemer, Alabama, unions will likely get a boost from efforts by the Biden administration to pass the “Pro Act,” which would force more Americans to pay into unions, and dismantle protections against union intrusion at the state level.

Twitter suspends several accounts sharing posts from Trump’s website
Phil Robertson: ‘Hell to pay’ is coming for these left-wingers
‘One Mosque Is Erected Every 15 Days in France, While One Christian Building Is Destroyed At the Same Pace’
Caitlyn Jenner Is Right about Two of California’s Most Pressing Problems
Twin brother of Bears running back Tarik Cohen found electrocuted after running from car crash, police say