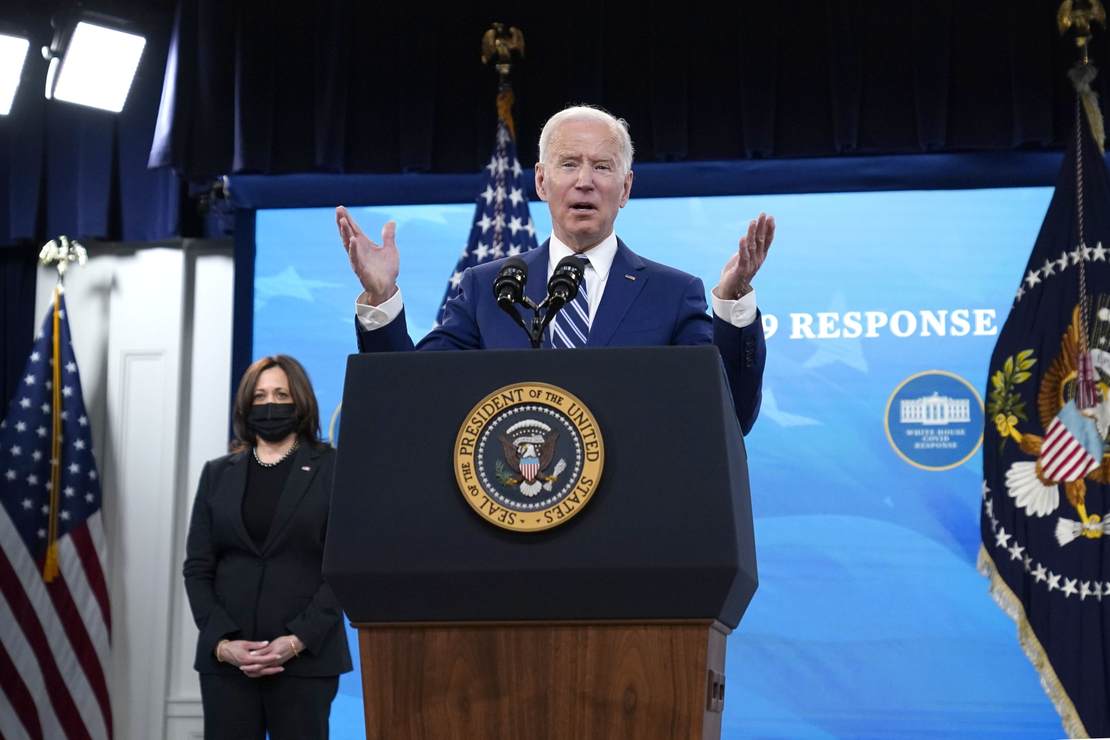 What is the Biden administration? It sounds like a zen spin on politics, but it’s a real question more of us should be asking.

Whether a given administration is one we supported or opposed, past ones at least seemed to gear some policy toward generating and maintaining broad coalitions of support.

From Biden’s inauguration to the present, we’ve seen a man who ran for the office who sometimes claimed to be a moderate do precisely nothing that can be considered moderate in any way. His rhetoric is not moderate, his actions are not moderate. They’re not even modest. When Biden is coherent, he’s bombastic and goes out of his way to tell whoppers and lies.

His opening move was to all but erase the border between the United States and Mexico. That resulted in a very predictable flood of illegal border crossers, which the administration on one hand acknowledged was the highest tempo of crossings in more than 20 years, but on the other hand refuses to acknowledge as a “crisis.”

Biden’s actions have helped the cartels, hurt Americans, destabilized Mexico, and have put 18,000 kids in cages — so far. That number is rising every day.

Biden handed the job of dealing with, but not necessarily securing, the border off to Kamala Harris two weeks ago. Harris has zero experience in securing any borders. Her state, California, has done its best to undermine border security for years. By any measure, other than political optics, Harris was a poor choice for this job.

Her response thus far is to conspicuously fail to show up for the job. In the two weeks she has had the job, Harris has not been to the border and hasn’t even said anything about it. Arizona Attorney General Mark Brnovich invited Harris to tour the border in his state; Harris hasn’t even answered him.

In any other line of work, such brazen absenteeism from day one would get one fired. But absenteeism is apparently a job requirement in this administration.

Joe Biden isn’t negotiating with Republicans on anything despite the fact that they made gains in the House and control half the seats in the Senate. Many Republicans, particularly in the Senate, know Biden from his lengthy career there and worked with him on many issues. He’s not talking with any of them. Republicans control more states than Democrats but Biden is treating Republicans and red states as if he wants a civil war of some kind. His reaction to the Georgia election law has been laughably dishonest and over the top, calling it “Jim Crow on steroids” and the like when Georgia’s new election law is still less restrictive than many states including his own, Delaware.

Biden has no excuse for this. He knows what Jim Crow is and isn’t; it was his own party’s policy set for decades. He’s knowingly lying, and has gotten corporate America to become his shock troops. It’s disgraceful and deeply harmful. Corporate America is well within its rights to tell the president — of either party — to take a hike. It’s deeply disturbing just how quickly MLB, American Airlines, Delta, United, and Coke (among many others) are going partisan now. As MLB said in its statement on the All-Star Game, it factored Biden’s complaints into its decision to move the game. Biden’s complaints were proven lies by then. But he hasn’t backed down or apologized, and woke corporate America is content to make millions of Americans despise them. None of this is good for the country.

Presidents of the past brought their principles to the office but at least tried to persuade their opponents to go along with them on some issues. There was give and take. President Bill Clinton even signed onto House Speaker Newt Gingrich’s welfare reform, and during their years in power they balanced the federal budget. They hated each other, and both were as partisan as could be for their parties, but once in a while they realized their interests aligned and for the good of the country they got something done. That is all but unthinkable now. There exists no evidence that it’s even possible.

Infrastructure is one issue that Republicans have directly told Biden — in the media, that is, because he isn’t meeting with them face-to-face — he could score a big win if he limited the infrastructure bill he is promoting to just infrastructure projects. Biden’s bill spends very little on infrastructure. It’s a Trojan horse to use taxpayer money to buy off Democrat constituencies. Biden hasn’t even responded to Republican calls to work together on something members of both parties support. He hasn’t responded to members of his own party who keep leaking photos and details of the awful situation he has created on the border. He isn’t responding to polls showing some of his policies are unpopular. He isn’t responding to the rising threat from China or Russia’s military buildup.

By all appearances, Joe Biden is as far gone mentally as many of us feared, maybe worse. When he speaks, watch him twice and tune out the content of his grating, acidic, and divisive comments and focus on the man. Watch his eyes and his mannerisms. The lights really don’t seem to be on behind the eyes at times. His White House handlers appear to be hiding him from Republicans and only trotting him out to media for controlled appearances. Those tend to go poorly. He pours fuel on fires he starts and loses his train of thought.

Kamala Harris is hiding from the job Biden gave her.

Joe Biden has yet to offer one. He and his administration are not behaving like any previous American administration. Rather than rise above party, he (or whoever is ultimately controlling him and policy) insists on sinking as low as possible. Rather than reach across the aisle, they burn bridges. Rather than unite, they demagogue and then double down.

This does not bode well for America at all.