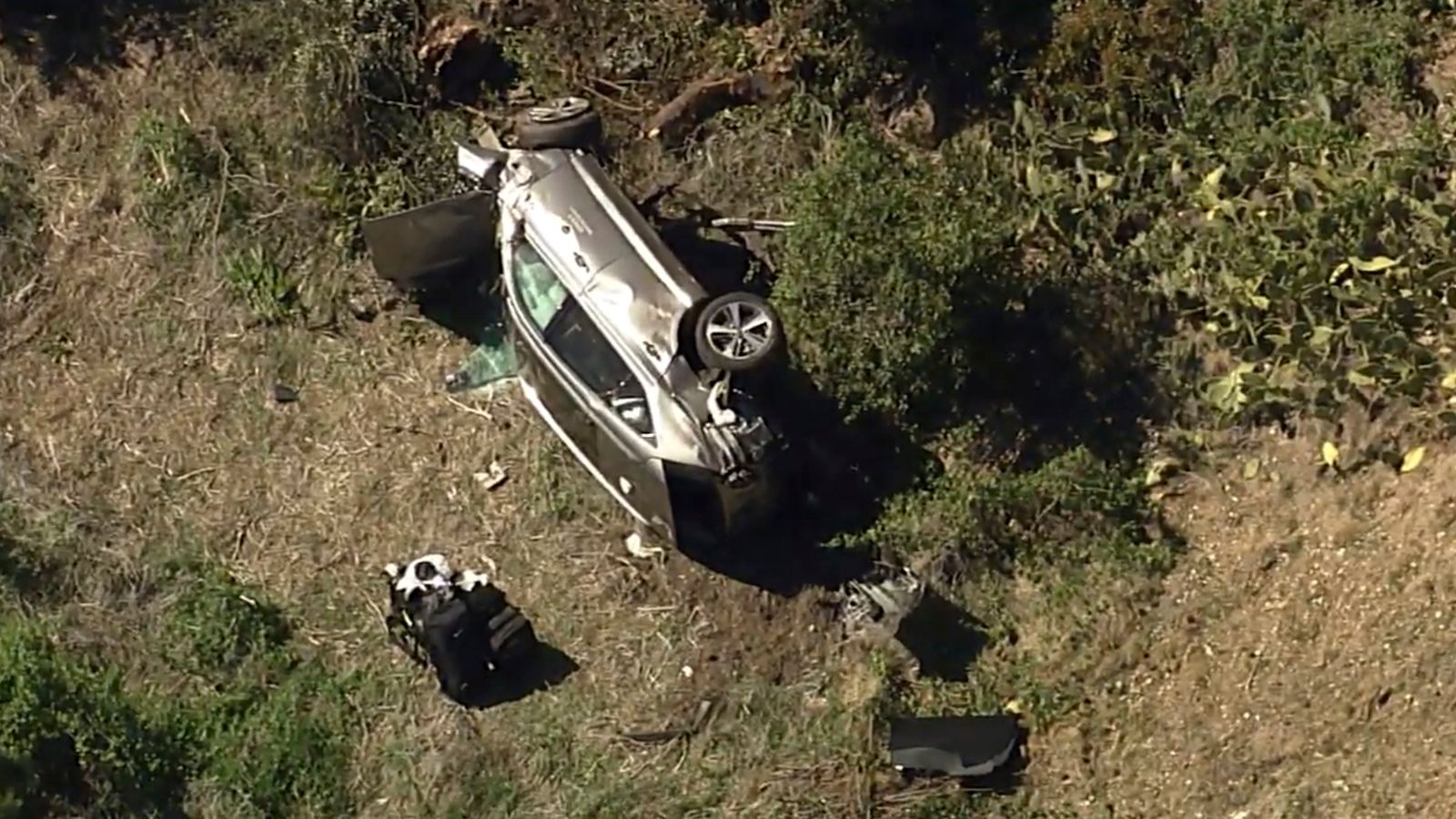 Tiger Woods was driving at “excessive speed” when he crashed his car in Los Angeles in February, police have said.

The golfer’s vehicle was travelling at upwards of 87mph in a 45mph zone, according to the LA county sheriff’s office.

He was driving at 75mph when he careered into a tree, having possibly hit the accelerator instead of the brake.

The police did not seek a warrant for a blood sample from the sportsman, nor did they seek access to his phone.

The data recorder from Woods’ vehicle – a 2021 Genesis GV80 SUV – was examined however.

After the golfer crashed his SUV just outside Los Angeles in February, he told officers he did not remember driving, let alone how the crash occurred.

Woods had struck a raised median strip in the early hours of the morning, crossing through two oncoming lanes and uprooting a tree.

No traffic citations have been issued, and the announcement by the sheriff’s office was made with permission from Woods.