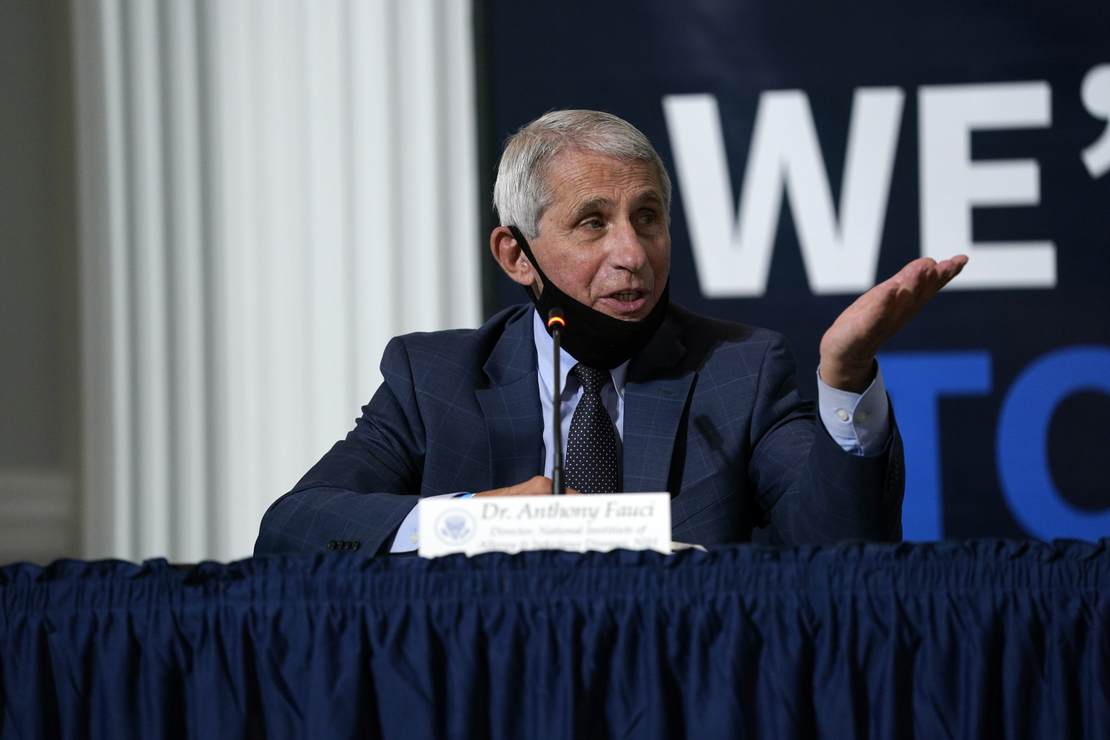 More and more, vaccine passports are beginning to feel inevitable, aren’t they?

To wit: “A new Rasmussen Reports national telephone and online survey finds that 44% of Likely U.S. Voters say requiring proof of COVID-19 vaccination to return to pre-pandemic activities is a good idea. Forty-one percent (41%) say it’s a bad idea, and 15% are not sure.”

In other words, nearly half of Americans are A-OK with having to present their papers in order to do… well… just about anything in America from now until the 12th of Never.

Despite the dire warnings about superspreader events and “double-mutant” variants of the COVID-19 virus, case numbers and deaths are dropping and 75% of senior citizens — the most vulnerable among us — have now been vaccinated. It’s time to let America get back to normal. Businesses need to be allowed to open to full capacity, mask mandates need to go away, and the teachers’ unions need to stop barring the doors to classrooms.

But that’s not what’s happening. Anthony Fauci has suggested double-masking in recent weeks and keeps doubling down on his chicken-little doom prophecies. That’s when he’s not prevaricating on whether or not we will ever get back to some semblance of normalcy.

I’m sorry to break this to you, dear readers, but this isn’t going to end anytime soon—and it’s going to get worse. Those of us on Team Freedom can shout from the rooftops all day long that we’ll never stand for having to show our papers in order to buy and sell in America, but realistically, what are our alternatives?

Many moons ago I was an education blogger focusing on homeschooling rights. I wrote several blog posts back then warning that government officials would use various certifications and licenses to keep homeschoolers out of certain jobs. Indeed, not long after we rang in the new millennium, homeschooled kids were being denied jobs as police officers and daycare workers because they didn’t possess the required government paperwork. And many homeschooled students were denied Pell grants and government loans because the schools insisted on a government-approved diploma—as if a high school diploma were somehow proof of a good education. Students who graduated from failing schools, where a large percentage of students were reading far below the proficiency level, had access to financial aid, while my son, with his 36 ACT score, had to jump through all kinds of extra hoops for the admissions and financial aid offices. (Fortunately, he ended up going to Hillsdale College, which doesn’t take government funding and welcomes homeschooled students.)

Now, the government nannies who insisted then that only government schools were qualified to teach children, are in their hidey holes refusing to teach until [INSERT MOVING GOALPOST]. Bureaucrats all over America are demanding that we submit to vaccine passports, making it sound like we’ll win a vacation to some exotic tropical locale if we’d just comply with their demands.

Shouting “NO!” from the rooftops sounds good in principle, but it won’t do much good if a majority of the public agrees with the mandates and the government has the power to shut down private businesses under the guise of a health crisis.

One of the things that has concerned me most about our response to the pandemic is the number of people who have completely bought into the panic-porn narrative—for a virus with an extremely low mortality rate for all but the most vulnerable Americans. Ohio Gov. DeWine’s approval ratings on his handling of the pandemic have, shockingly, hovered around 70-80% since last spring. The more mandates he issues the better people seem to like him.

PJM’s Stacey Lennox discussed last week how we’re really living in two different Americas when it comes to the pandemic. Sadly, a majority of Americans are perfectly fine with letting the pandemic run their lives—being told whom they can visit, where they can eat, and what they must wear on their faces. Hospitals, including one I’ve learned about in Virginia, are even ripping newborn babies away from their mothers if one or both test positive for COVID-19 during their stay. And all this is considered, by a majority of Americans, to be necessary—and completely normal. They revel in signaling their virtue on social media and in public as they sneer at those of us who think it’s stupid to wear a mask outside. (And it’s doubly stupid for me to be forced to wear a mask at all, since I’ve recovered from COVID and tested positive for antibodies a month ago.) Anyone who disagrees with The Narrative is an anti-science rube who hates his fellow man and won’t “do something as simple as wearing a mask” to protect others.

I hate to be Negative Nancy over here, but I don’t see an easy way out of this. It’s not just a minority fringe that wants to continue the charade—it’s half of America. People we know. Dennis Prager got to the heart of the matter in his Tuesday column:

I am disappointed because I expected better from my fellow Americans. I never thought most Americans would be governed by irrational fears and unquestioning obedience to authority. I have come to realize that I had a somewhat romanticized view of my countrymen.

Had you told me a year ago that nearly every American in nearly every metropolitan area would cover their faces for over a year because one man, one political party and the media told them to, I would have responded that you underestimate the strength of the American character.

But here we are, over a year later, and where I live (the Los Angeles area), I am usually the only person on the street not wearing a mask. (For the record, I wear a mask in stores and when entering the building in which I work, out of courtesy to those who think a person not wearing a mask poses a lethal threat.)

That’s a great summary of the problem. Citizens in the land of the free no longer care if they have to live under tyranny. The most important thing is to submit to the experts—and obey the government.

That’s why I think vaccine passports are inevitable. Americans have chosen tyranny over freedom.