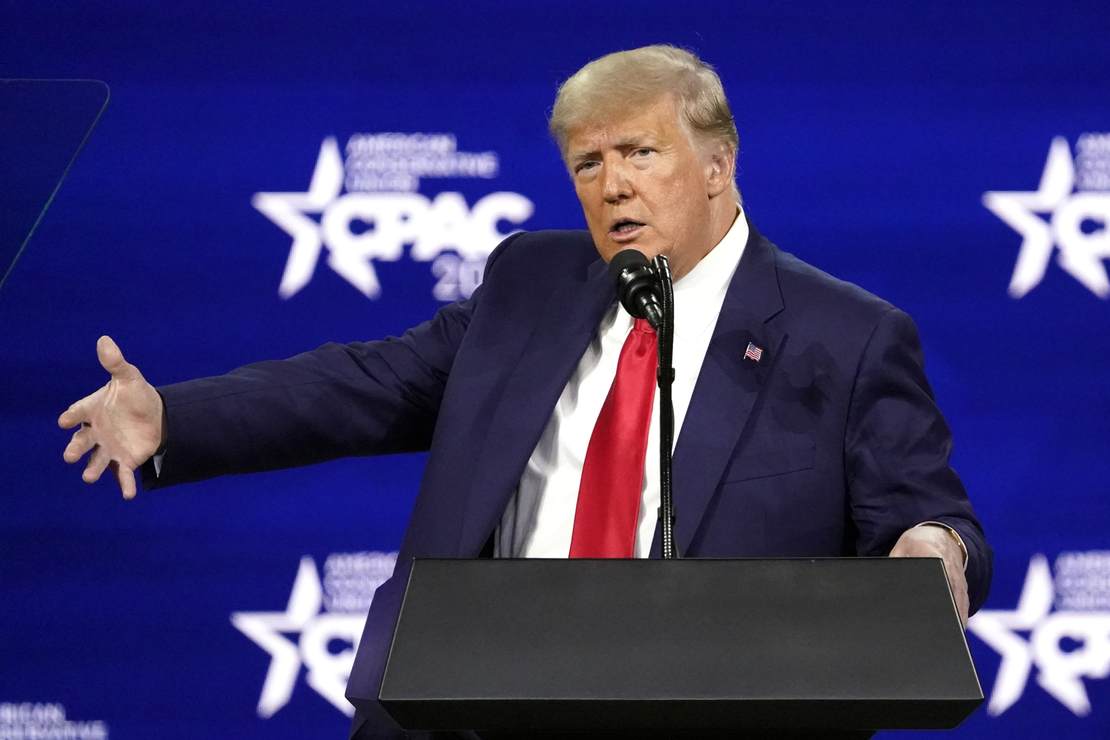 The three groups are the largest fundraising groups in the Republican Party.

From Trump’s point of view, the letters make perfect sense. Any use of his likeness and name is money in the bank. Better yet, he can use that money to fund his political activities or his personal lifestyle.

“President Trump remains committed to the Republican Party and electing America First conservatives, but that doesn’t give anyone – friend or foe – permission to use his likeness without explicit approval,” a Trump adviser told Politico, which was the first to report on the letters.

The move came the same day the RNC sent two emails to supporters looking for donations in the form of a thank-you card to Trump.

“President Trump will ALWAYS stand up for the American People, and I just thought of the perfect way for you to show that you support him!” one email reads. “As one of President Trump’s MOST LOYAL supporters, I think that YOU, deserve the great honor of adding your name to the Official Trump ‘Thank You’ Card.”

The cease and desist orders are another way to bind the Republican Party’s fortunes to his own. Trump will now license his image, deciding which candidates can use it and which ones can’t.

The letter from Trump’s attorneys appears to be part of the former president’s efforts to solidify his standing as a top kingmaker in the GOP. Trump has already forecasted that he will be heavily involved in the 2022 midterms while he mulls making a third presidential bid in 2024, and his endorsement is expected to be highly sought after by most Republicans.

The former president has so far most backed incumbents in their reelection bids, though he has warned sitting lawmakers he is ready to throw his weight behind primary challengers running against those he deems insufficiently loyal.

The former president has already singled out those GOP congressmen and senators who voted against him during the impeachment trial for destruction. But getting Trump’s endorsement will become a competitive enterprise. There are likely to be several primary candidates in those districts that Trump is targeting. How does he decide who is most slavishly devoted to him? Who will be the lucky candidate to receive his blessing and open the door to donations and support?

Trump is reminding Republicans whose party it is and whose it will be in the future.

Portland Can Relax. The ‘Enhanced Community Safety Team’ Is On The Job