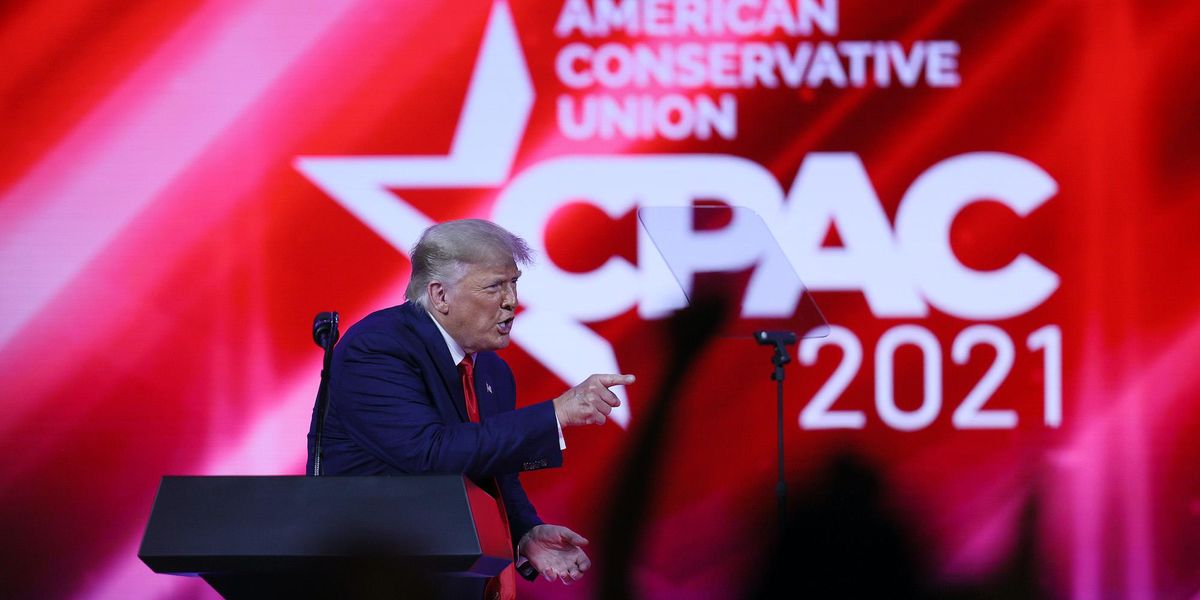 YouTube reportedly deleted videos of a speech given by former President Donald Trump at the Conservative Political Action Conference (CPAC) and suspended at least one channel that published it.

The Right Side Broadcasting Network first noted the deletion of their CPAC Trump video on Thursday in a tweet from their official account.

“RSBN has been suspended from YouTube for two weeks because of the Trump #CPAC2021 speech, which violated their guidelines on election misinformation,” said the RSBN Network.

NEW: RSBN has been suspended from YouTube for two weeks because of the Trump #CPAC2021 speech, which violated their… https://t.co/MUzPl4xo2B

“The video was approaching 4 million views. They have also removed it from their platform,” they added.

RSBN later added that it appeared that uploads of the speech by Trump were deleted from other channels, including those from the mainstream media. A search of YouTube garnered no results for his speech from the 2021 convention.

Videos critical of the president and others who spoke at CPAC were still available, including those which showed clips from the speeches.

RSBN indicated that the deletion and suspension might have been in relation to false claims the former president made about the results of the election.

It’s worth noting that according to YouTube’s terms, our video of Trump’s CPAC speech would have been allowed to st… https://t.co/APGwmWqJmk

“We try to follow the rules. Don’t air certain things that we normally would—but we won’t censor President Trump or push back against things he says that, quite frankly, we agree with,” they added in a second tweet.

“This sort of manipulation and interference only shows how much weight these monopolies put on the scale of freedom. It’s never going to end until we all band together to stop it,” tweeted Trump Jr.

Here’s one of the videos of the CPAC speech still allowed on YouTube:

Hollywood Witches Berate Southwest Airlines For Not Condemning Safer TX Election Standards
Mighty White of You
CNN’s Kaitlan Collins Touts ‘Being Fair,’ Then Celebrates Helen Thomas
The Bill of Rights Doesn’t Have to Be ‘Absolute’ to Have Teeth
‘Goal Is to Protect Children,’ Lead Sponsor of Arkansas’ Transgender Bill Says