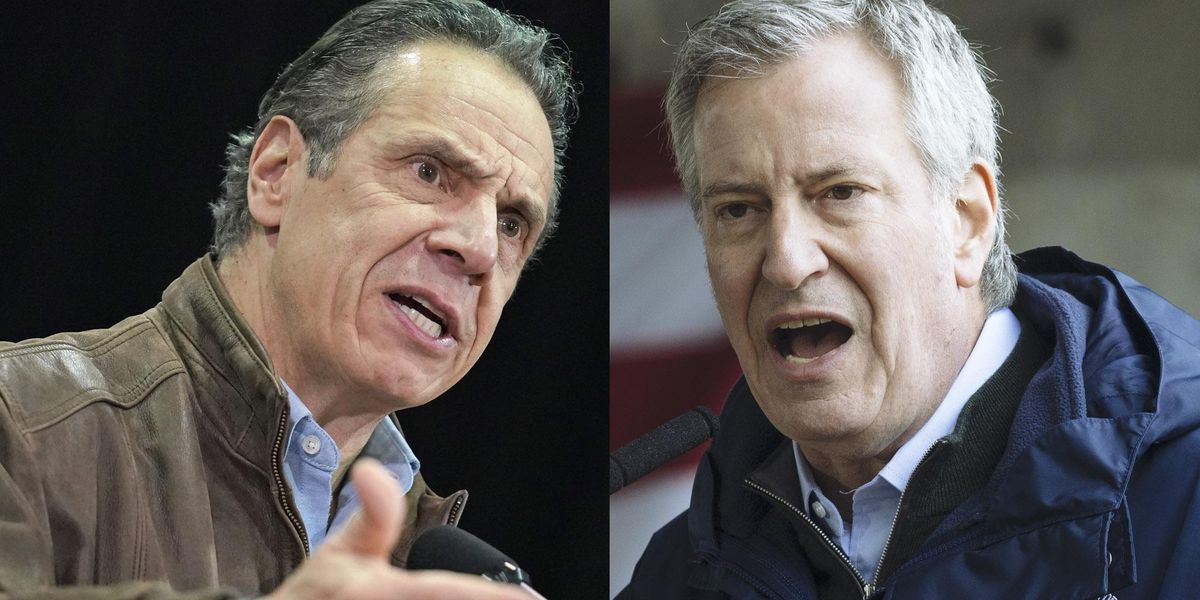 New York City Mayor Bill de Blasio excoriated New York Gov. Andrew Cuomo over various scandals afflicting his office and opined that he should resign if any were found to be true.

De Blasio made the comments to Jake Tapper on his CNN show Monday.

Cuomo has been accused by a former aide of sexually harassing her in several instances. He has denied the allegation but was hit with another accusation by a second woman on Sunday who
said he acted inappropriately with her as well. Also on Sunday de Blasio called for an independent investigation into the allegations against the governor.

De Blasio described the accusations as “grotesque” in his interview with Tapper.

He went on to hammer away at Cuomo over the unanswered questions about the thousands of deaths after the governor’s order to send coronavirus patients to nursing homes for medical care.

Tapper asked if Cuomo should resign if any of the scandals are confirmed against Cuomo.

“I don’t see how anyone can function as a governor and have the trust of the people and the respect of the people, if they purposely covered up the deaths of thousands of our seniors, our elders, family members, beloved family members who are gone,” de Blasio responded.

“If you cover that up or if you did things for reasons that had to do with politics or contributions, and if you’ve sexually harassed young women in your employment, these are disqualifying realities. How can anyone look the people in the face after that?” he asked.

“If these allegations or charges are proven, there’s just no way he can govern,” de Blasio concluded.