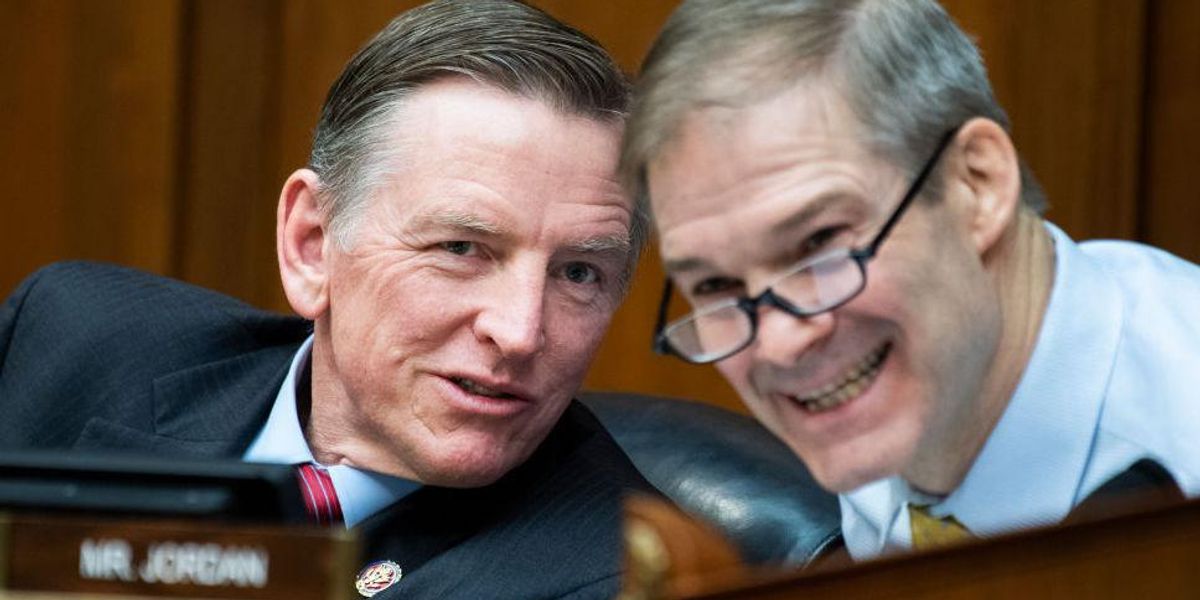 The proposed amendment was meant to highlight the wasteful spending on items completely unrelated to coronavirus-related relief.

The billions of dollars saved by eliminating funding for such non-COVID related items should be given back to struggling Americans in the form of increased stimulus checks, Gosar said.

“I offered an amendment to prioritize $10,000 stimulus checks to Americans most affected by COVID-19 and lockdowns,” the Arizona Republican said.

“Governement (sic) ordered the shutdown and broke the back of the economy. Break it, buy it,” Gosar said. “Americans need help with car payments, mortgage, rent, and everyday necessities. The people, not government, corporations, or billionaires, need this help.”

I offered an amendment providing $10k stimulus to… https://t.co/KQBLLT4G86

Did the amendment pass?

The amendment was rejected by Democrats, who ultimately passed their stimulus bill.

The $1.9 trillion legislation includes the controversial federal minimum wage hike, which the Senate parliamentarian has already ruled cannot be included in the Senate version of the bill if it should be passed in the upper chamber through the budget reconciliation process.

Golden later explained that he voted against the bill because of the wasteful spending unrelated to COVID relief.

“This bill addresses urgent needs, and then buries them under a mountain of unnecessary or untimely spending,” Golden said. “In reviewing the bill in its full scope, less than 20 percent of the total spending addresses core COVID challenges that are immediately pressing: funding for vaccine distribution and testing, and emergency federal unemployment programs.”