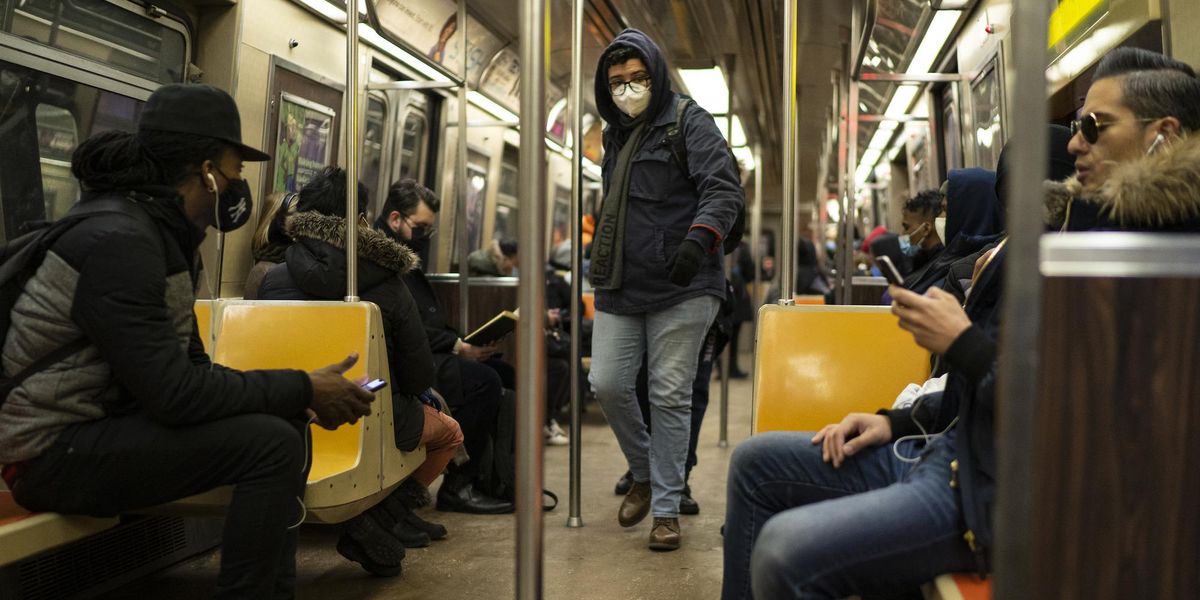 A woman says her 2-year-old was punched repeatedly in the face by a female panhandler and she had to beg bystanders for help before the suspect escaped.

The shocking incident unfolded on Saturday on the northbound C train at Frederick Douglass Boulevard and West 116th Street in Manhattan.

The 21-year-old mother of two children spoke to WCBS-TV but asked not to be identified. She said that her 2-year-old boy was sleeping on her lap when the panhandler began asking passengers for money. When the panhandler got too close to the woman and her toddler, the boy’s mother asked her to keep to the social distancing guidelines.

“Ma’am, can you please stay 6 feet away?” the mother recalls saying. “Please back off.”

The panhandler was angered by the request and stepped on the mom’s foot. Then she began to violently swing her fists at the small boy, hitting him in the face.

“And I was just asking people like, ‘yo can y’all please get my baby, please get him, like, and nobody tried to stop, like, she was standing there!” said the woman, who cried during the emotional interview.

She told the New York Post that none of the passengers tried to help her.

Police say the attacker fled once the train reached a station. The police are searching for the suspect and asking for the public’s help in identifying the woman.

The child was taken to Mount Sinai-Saint Luke’s Hospital to have his injuries treated and was later released. The mother told WCBS that a doctor told her the child might experience seizures as a result of the injuries he received.

The mother said that there needed to be a greater police presence to help quell the violence on the subway system.

“You see everything on the train station,” she said. “It’s so mind-blowing, y’all understand. Cuz it’s like, where is the police?”

Assaults and murders have skyrocketed on the New York subways in recent months. Local authorities have added 644 more police officers to the subway patrol after a recent incident where a homeless man confessed to a stabbing spree that injured two and ended in two deaths.

Here’s the news report with WCBS: