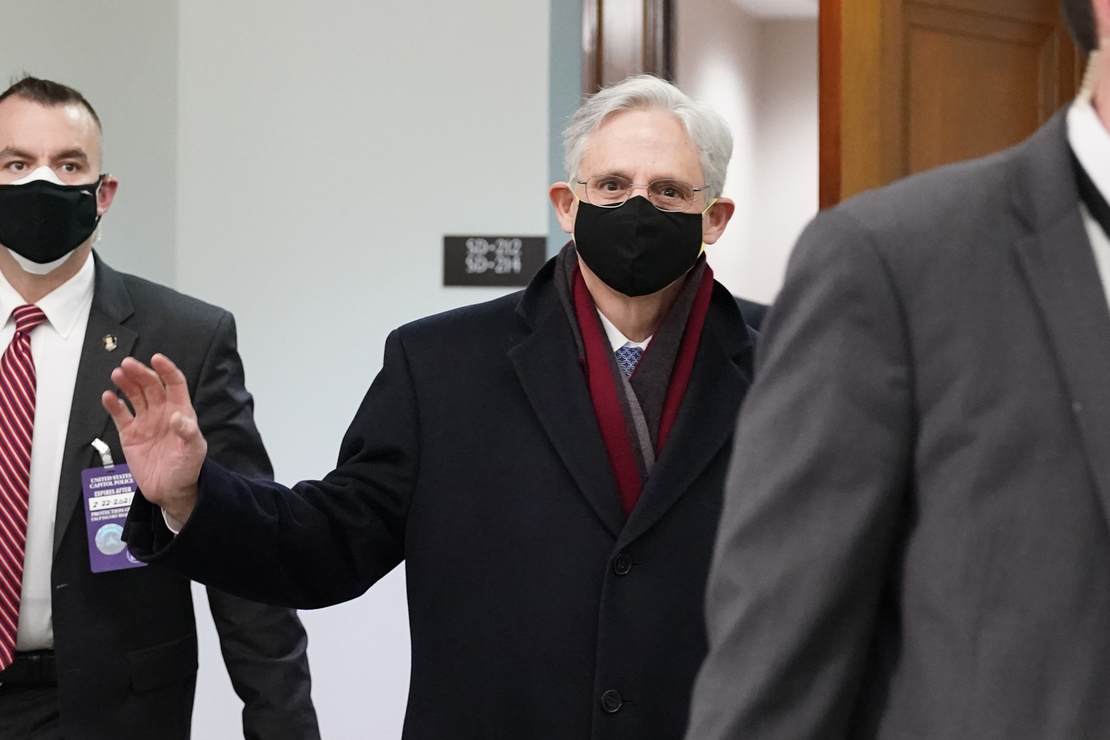 Joe Biden’s nominee for attorney general gave another reason to oppose his nomination on Monday during questioning from Senator Josh Hawley.

During his testimony, Garland said that domestic terrorism in America today is “more dangerous” than at the time of the 1996 Oklahoma City bombing, and pledged to continue the investigation in the January 6 Capitol riot wherever it takes him, including “aiders and abettors who were not present on January 6.” To elaborate on his position on domestic terrorism, Senator Hawley asked Garland whether he considered antifa assaults on federal property, like courthouses and other federal buildings in (for example) Seattle and Portland, where antifa and BLM rioted in the summer of 2020.

“An attack on a courthouse while in operation — trying to prevent judges from actually deciding cases—that plainly is domestic uh uh um um uh uh extremism uh uh um um uh uh um domestic terrorism,” Garland explained before adding the following caveat: “An attack simply on government property at night, or under any other kind of circumstances, is a clear crime and a serious one, and should be punished.”

“I don’t mean—I don’t know enough of the facts of the example you were talking about,” Garland told Hawley. Apparently, Garland slept through the summer of 2020.

“But, that’s where I draw the line,” Garland continued. “One is, uh, both are criminal, um uh uh, but one is, uh, a core attack on our democratic institutions.”

NEW – Biden AG pick Merrick Garland says #Antifa attacks on federal courthouse may not be domestic terrorism because they happened at night.pic.twitter.com/4Q8o0tHt8Z

So, based on this reasoning, antifa isn’t guilty of domestic terrorism because they chose to commit their violence under the cover of night, when the federal courthouses and buildings they attacked were not open for business.

What kind of explanation is that? What’s the difference does it make when you attack a federal building?  As Matt Walsh of the Daily Wire explained on Twitter, “One might argue that attempting to burn down a federal building at night is an attempt to interrupt its normal functioning during the day.”

Merrick Garland’s insistence on making this distinction to protect antifa and/or BLM rioters is disturbing. Aren’t you even more glad he never got on the Supreme Court?

Matt Margolis is the author of Airborne: How The Liberal Media Weaponized The Coronavirus Against Donald Trump, and the bestselling book The Worst President in History: The Legacy of Barack Obama. You can follow Matt on Twitter, Gab, Facebook, MeWe, Heroes, Rumble, and CloutHub.

Why Is the White House Covering for Cuomo?