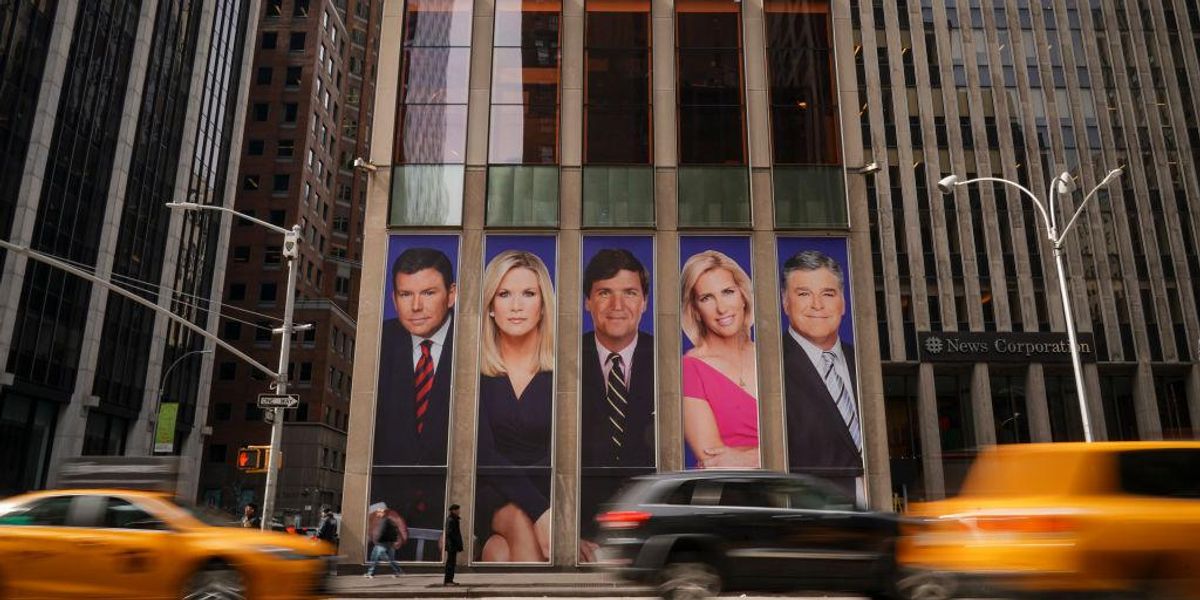 Fox News received more bad news on Sunday after a poll found that a large percentage of Trump supporters no longer embrace the cable news behemoth as their most trusted source of news.

Trump voters are jumping the Fox News ship and embracing relative newcomers Newsmax and One American News Network. The poll of 1,000 Trump voters taken by phone between Feb. 15-19 found that 17% of Trump voters see Newsmax as their most trusted source of news, and 9% trust OANN.

“At the time of our October 2016 poll, OANN and Newsmax were barely 2 years old, so they were not offered as options,” David Paleologos, director of the Suffolk University Political Research Center, said. “However, we do not believe that in 2016 they would have been trusted the most by a statistically significant portion of respondents.”

Newsmax and OANN are snatching Trump’s most loyal backers. The survey found that 92% of Newsmax viewers believe Joe Biden was “illegitimately elected” tune into Newsmax, and 90% of OANN watchers question the legitimacy of the 2020 presidential election.

If they had to pick between the Republican Party and Donald Trump, those who trust Fox News skew 51%-37% in favor of the former president. But with those committed to Newsmax, 72% chose Trump over the GOP, and the percentage jumps up to 80% in Trump’s corner for viewers who watch OANN.

In a Hill-HarrisX poll from earlier this month, 64% of Republicans said they would quit the GOP to follow Trump if he started a third party.

Paleologos said the switch from longtime cable news powerhouse Fox News to these burgeoning alternatives is a “seismic shift in the landscape of trusted news sources for conservatives.” He added that despite the falling numbers, Fox News is still the “most trusted news network/media source among previously identified Trump voters.”

This continues a worrying trend for Fox News, which has seen its TV ratings drop ever since the 2020 presidential election. Fox News lost the primetime ratings war to CNN in the week after election night.

In the two weeks after the 2020 election, Fox News saw a drop of 32% in viewership in viewership among the coveted 25-54 age demographic during primetime.

During the week of the riots at the U.S. Capitol building in early January, perennial ratings champion Fox News fell to third place behind CNN and MSNBC.