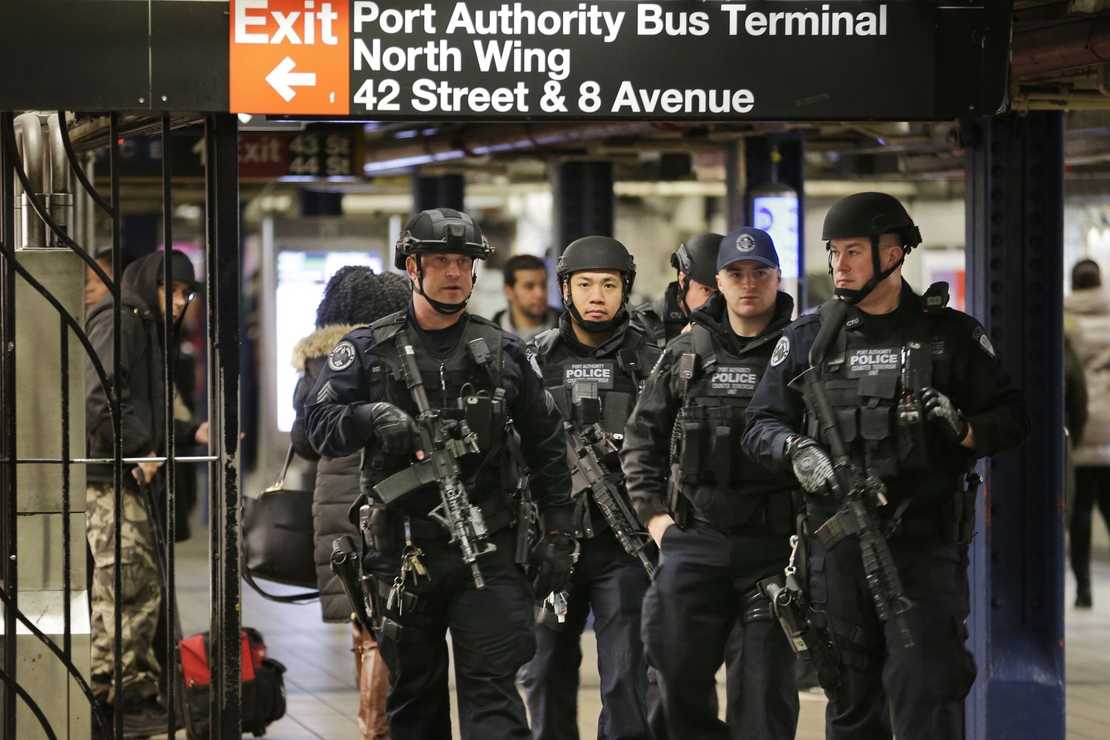 These New York City subway numbers are shocking. Ridership has dropped by 67 percent, but crime has doubled. The situation has deteriorated so rapidly that the Metropolitan Transit Authority has requested that New York City triple the number of police officers patrolling the system, asking for 1,500 additional officers.

The New York Post reported that rapes and murders have doubled in the New York City subway system since the end of 2019. This happened despite ridership hovering around 30 percent of normal and the subways closing for four hours a night since the pandemic began:

The statistics back up the anecdotes. In January, though robberies fell, assaults were up an eyewatering 27 percent.

That follows a year during which violent transit crimes were consistently way up. Six murders in 2020, double the 2019 number. All of the murder victims were minority men. Seven rapes, more than double the previous year. Nearly 600 robberies, up 4 percent.

It’s an amazing feat, when ridership was at a tiny fraction of “normal” during March, April, May and June and is still only at 30 percent of 2019 figures. Plus, the subway is closed four hours a night.

It’s no coincidence, either, that crime enforcement — or, more accurately, crime prevention — was also way down last year. Arrests for beating the fare fell by 84 percent, for example. Civil summons fell 57 percent.

This, when fare evasion and other low-level violations, like smoking, are rampant. “People are jumping the turnstile, nobody pays for it no more,” one rider told The Post. “You need more cops on the subway.”

At least one-third of last year’s alleged subway killers beat the fare to enter the system.

The article continued with some pointed criticism of the new turn in New York City toward soft-on-crime policies:

In a regular MTA poll in October 2020, only 42 percent of riders said they felt safe from crime on subway trains, a huge decrease from the 67 percent who felt secure the previous year. They are right.

The mayor, though, lives safely in blithe de Blasio Land. The week before the latest murders, Hizzoner’s response to the spate of shovings and stabbings was to say that the subways are safer than they were in 1990. “I remember when the subways were not safe at all,” he reminisced.

The NYPD said it would deploy 500 more officers underground. But cops can only do so much, unless the city keeps violent offenders behind bars; the suspect in this attack was freed in January on a pending felony assault charge.

The city’s “transit advocates” studiously ignore subway crime, because fixing it might involve policing, and acknowledging the need for police might look racist on Twitter, never mind what the actual riders want.

To counter this, the Metropolitan Transportation Authority is asking the city to triple the number of police monitoring the subways, adding 1,500 patrol officers. At an average of $100,000 per police officer, including salary and benefits, this would cost taxpayers about $150 million per year. Since this comes out of city funds rather than MTA’s budget, this is a hidden subsidy to transit. Even with increased police, public awareness of such crimes will be one more obstacle to transit recovery after the pandemic.

The New York Daily News reported on a gruesome murder spree perpetrated by a homeless man who stabbed four people on the subway in a 14-hour period before police arrested him:

“It’s clear that the city’s current approach to subway safety is failing,” he said. “As this recent rash of violent subway crimes shows, far too many people aren’t getting the mental health treatment they need.”

Many times it’s the cops patrolling the trains taking the brunt of the spike in violent crime:

Cops on the front lines of a spike in subway crime are taking a beating, NYPD Transit chief Kathleen O’Reilly said Thursday.

The NYPD reported 42 felony assaults in the subway throughout January — and 15 of the victims were police officers. That’s three times the number of subway cops who were assaulted in January 2019, O’Reilly said.

The rise in cop beatings came before the NYPD deployed more than 500 extra cops into the subway over the weekend following a one-man stabbing spree on the A line that killed two people.

The theme is the same in many major cities across America, such as Seattle, Portland, Chicago, Baltimore, San Francisco, and others. Soft-on-crime policies like early release, lenient sentencing, movements to defund the police, and a general lack of enforcement combine with a failure to provide addiction and mental health services. This ugly spiral leads to a spike in the homeless population and a direct correlation in skyrocketing crime rates.

The BLM/antifa riots of 2020 have resulted in bad public policy that puts everyone at risk. It’s time to rethink these policies in America’s urban cores.

Jeff Reynolds is the author of the book, “Behind the Curtain: Inside the Network of Progressive Billionaires and Their Campaign to Undermine Democracy,” available at www.WhoOwnsTheDems.com. Jeff hosts a podcast at anchor.fm/BehindTheCurtain. You can follow him on Twitter @ChargerJeff, and on Gab at @RealJeffReynolds.

FED UP: Citizens, Community Leaders Form Coalition to Save Portland

Five Headlines: Stories That Impacted the Week of February 27, 2021
FBI pursuing single suspect over death of police officer killed in Capitol riots
New York Post strikes back at Andrew Cuomo: He ‘lied’ and ‘then he blamed us.’ Now we know the truth.
Twitch apologizes for using ‘womxn’ after online outrage from transgender activists and allies
When Democrats Make A Racist Of Seuss, Me Thinks They Are Way Too Deep In The Juice