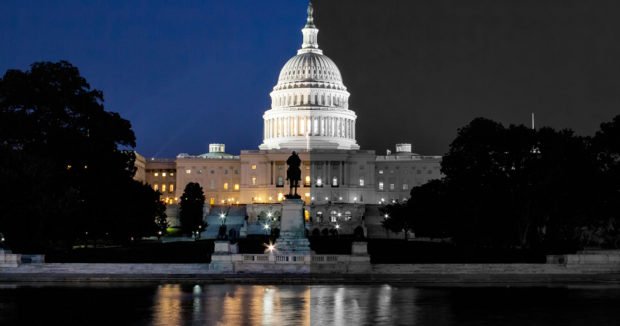 There were two things that the Framers understood to be abundantly clear. One, the United States would necessarily be a nation comprised of individuals. And two, those individuals, no matter how strong in their beliefs, had to respect each other through the embrace of compromise.

Today, the Marxist-Progressives of the Left are extending a call for unity with a Janus face. Smiling and seemingly conciliatory, the President has issued a call for the nation to come together, for unity. But out of their darker face vomits hatred, intolerance, and a demand for complete capitulation, for surrender.

To the darkened Janus face of the Marxist-Progressive Left, “unity” means adopt our way of thinking or you are an enemy of the state, and enemy of the country. Their thinking, their demand to acquiesce, is the furthest thing from compromise the English language has to offer.

So, the question is this. Unless you are willing to be subjugated, how do you achieve unity with those who do not want to compromise with you on key issues? The answer is you can’t.

Therefore, the Democrats calls for unity as they castigate anyone who does not march lockstep with their neo-fascist ideology is a false plea. They don’t expect their opposition to accept the call for unity. They simply had to make the ask for appearance sake.

That leaves us at a point in our Great American Experiment where we literally have two Americas: one for the those who would like to co-opt the nation for Socialism and Globalism; and one that has fidelity to the Founding principles and American individualism.

Regardless of what you think of him, Glen Beck hit the nail on the head the other night. He said that with all the talk of secession it needs to be realized that the faction that is tempting secession is the faction that has lost fidelity to the Founding Documents.

Those of us who have fidelity to our Charters of Freedom are existing in accordance with the strictures laid out in the founding of our nation. Those tempting to alter the nation from those Charters – the neo-Fascists of the Marxist-Progressive Left – are, in fact, the once threatening secession.

In the coming weeks and months, we will be discussing solutions to the divide. Some are immediate remedies to “stop the bleeding,” and others are more long term. All are necessary.

Interesting in it all is this. The generation of hippies, flower power, the distrust of big corporations and anyone over 30, well, they are the ones in control now.

Ironically, they are indignantly totalitarian and unyielding in their ideology, in their lust for power and control. They have created, bastardized, and aligned with behemoth corporations, they are all in their 70s and 80s, and they have become everything they railed against back in the 1960s and 1970s.