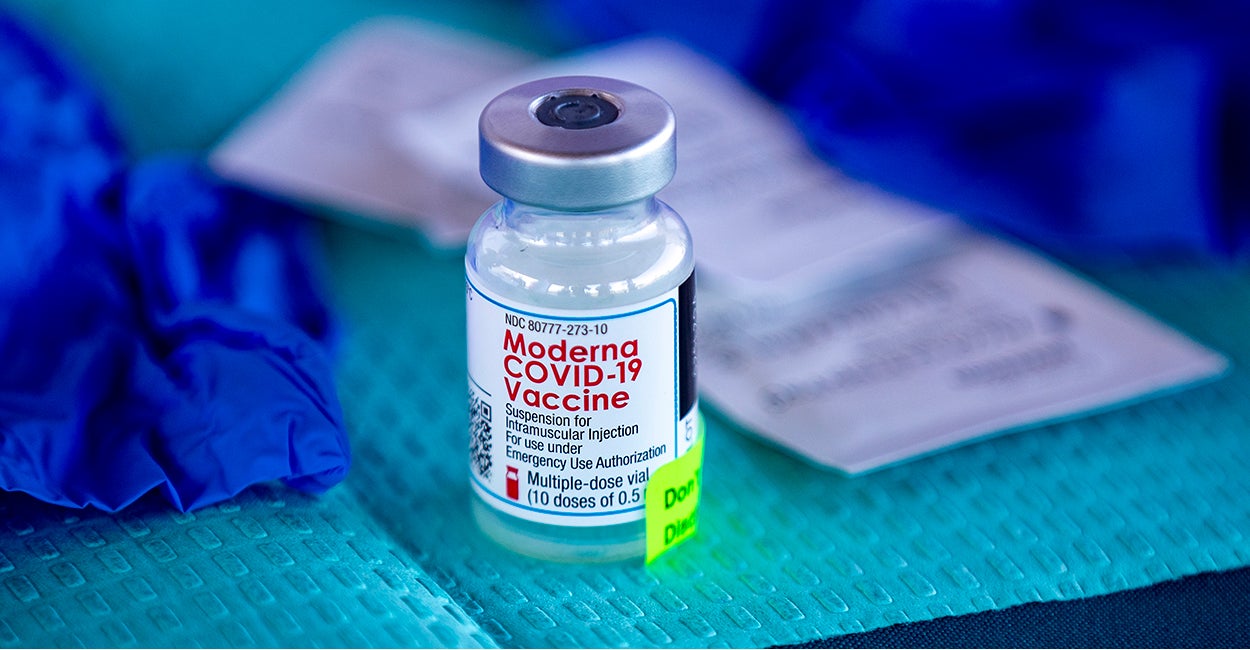 We remember reading in the Scripture that the Father has his sun rise on the just and the unjust. The light and warmth emanate immediately and without hesitation over the whole of Creation.

This is the model that we need to bear in mind as we consider the dissemination of the two COVID-19 vaccines, even as this pestilence gathers momentum, leaves hundreds of thousands of us dead in its wake, and brings to ruin the economic security of millions among us.

To date, the dissemination of the vaccine has been halting, sporadic, and ham-handed. The federal government has distributed more than 35 million doses and less than half of those have actually been delivered to patients.

>>> What’s the best way for America to reopen and return to business? The National Coronavirus Recovery Commission, a project of The Heritage Foundation, assembled America’s top thinkers to figure that out. So far, it has made more than 260 recommendations. Learn more here.

There are true logistical hurdles that, understandably, hamper the process. The Pfizer and Moderna vaccines both require cold storage. Distribution of the vaccine needs to be prioritized in keeping with state guidelines, themselves often patterned after Centers for Disease Control and Prevention recommendations.

As both currently available vaccines require a second dose some weeks following the first, careful online and paper records need to be maintained of who has been vaccinated and when, as well as when the second dose is due.

Still, all these hurdles were evident as far back as June 2020. The public-private partnership that provided two extraordinarily safe and effective vaccines with breathtaking speed has now stumbled at the finish line. Former Health and Human Services official Dr. Bruce Gellin commented that they “didn’t plan for the last inch of the last mile.”

One large university medical center in New England recently canceled its distribution to health care workers, pointing out that it did not know how many doses it would receive. Weeks later, it said that it learned what number it would receive just days prior to their arrival.

State guidelines then changed. Initially, instructions were to hold dosing to be sure the second dose was delivered. That changed, and the university was directed to administer what it had. On Dec. 31, 2020, the state directed that doses again be held to ensure that second dose be delivered. Six days later, the directive changed yet again.

There are, though, success stories. The state of West Virginia has distributed 83% of its supply and relied not on chain pharmacies and nursing homes but on local pharmacies and enlisting the National Guard.

Maj. Gen. James Hoyer said: “We have taken 10,000 square feet of our National Guard headquarters and turned it into a command center with representatives from all levels of state government. … Young soldiers and airmen are out distributing the vaccine across the state. We run this like a military convoy.”

They were not hidebound to the CDC guidelines that prioritized who received the vaccine first. West Virginia opted to inoculate all citizens over 70, firefighters and police officers, and those 50 years of age or older employed in essential manufacturing jobs.

West Virginia is among the poorest states in the union and yet leads the nation in the percent of its vaccine supply delivered into the arms of its citizens.

Heavily regulated New York state, on the other hand, lagged in using its vaccine allotment earlier on, having demanded strict adherence to its instructions as to who should be first in line for vaccination and threatening vaccine providers with huge financial penalties if they deviated from these state-issued guidelines.

Then-President-elect Joe Biden said that he pledged to administer 100 million doses of the COVID-19 vaccine in the first 100 days of his new administration. Given the performance of many states to date, this target is beyond ambitious.

Taking a simplified tact going forward may be helpful. The heavy hand of state government has not served its citizens well.

Elderly citizens are at greater peril and protecting them first is medically sound and administratively simple. Health care workers involved in face-to-face patient care are likewise immediately identifiable and a bona fide interest in keeping them at their posts is self-evident.

Emergency responders follow, and protecting individuals involved in strategic industries, much as was the pattern in West Virginia, is practical and sensible. From there, the vaccines should be available to the general population.

Slavish adherence to complicated delivery algorithms, particularly when enforced by threat of great personal, legal, and financial liability to vaccine providers, will slow the process and leave patients gratuitously at risk.

While demand exceeds supply, wasting the vaccine is a cardinal sin. If the end of the shelf life of the vaccine is imminent and no recipient in the designated group is at hand, providing vaccination to any individual is vastly to be preferred to wasting a single dose. The desert traveler would never allow water from the canteen to be spilled into the sand.

Currently, 4,000 American citizens are dying every day of this pandemic. What makes this even more tragic is that we now have in hand two vaccines of proven value in preventing this plague from spreading among us with its ravaging illness, death, and crippling economic impact.

When the flames are licking out the bedroom window, the fire department is needed immediately. Likewise, as this pestilence roars among us, the vaccine in the arm, like the water from the firefighter’s hose, is needed now.