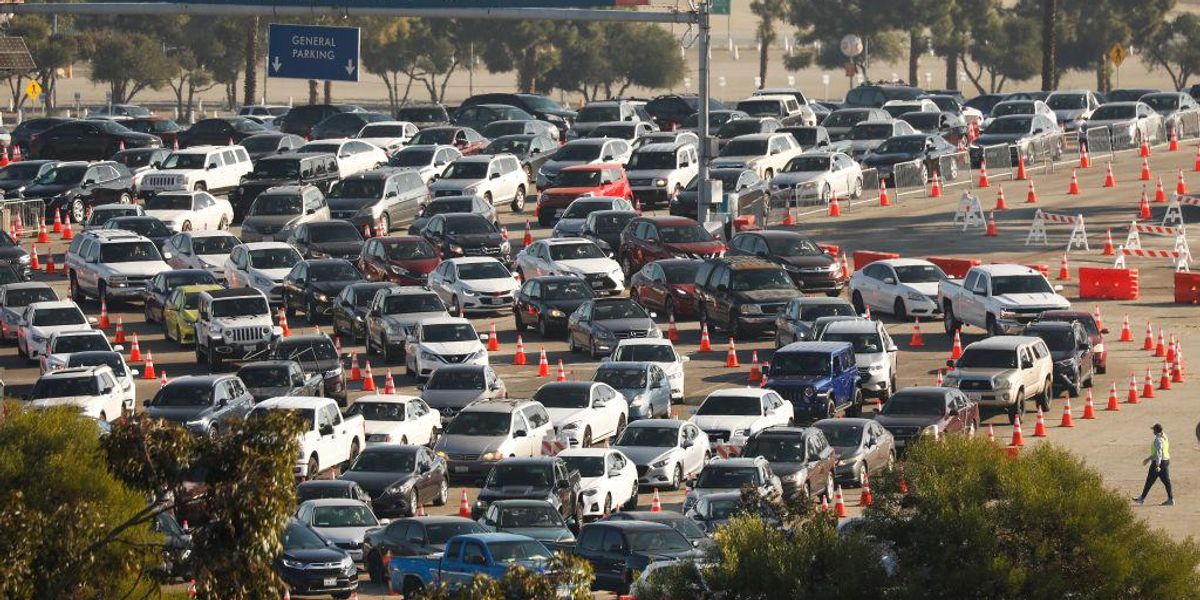 One of the largest coronavirus vaccination sites in the country was forced to temporarily shut down after a throng of protesters allegedly blocked the entrance to Dodger Stadium, where the mass COVID-19 vaccinations were being administered.

Approximately 50 protesters gathered at the entrance of the vaccination site around 2 p.m. on Saturday, causing the Los Angeles Fire Department to temporarily halt motorists from entering Dodger Stadium as a precaution, the Los Angeles Times reported.

The anti-vaxxers attempted to encourage people to not get the COVID-19 vaccine, held up anti-vaccination signs, and handed out pamphlets to motorists who were waiting in line for hours. The L.A. Times labeled the demonstrators as “members of anti-vaccine and far-right groups.”

We’re at the mass vaccination site at Dodger Stadium to get my mom the vaccine. The anti–vax protestors have approa… https://t.co/pi5PwQClnO

The protesters gathered outside the stadium’s closed gates and it became a standoff. LAPD officers were present, bu… https://t.co/tEY9tT4SN8

The Los Angeles Police Department issued a statement about the situation.

“We are aware of social media posts referring to protestors showing up at the Dodger Stadium COVID-19 vaccination site,” the LAPD tweeted. “Preliminary reports are that protestors remained peaceful. The LAPD did NOT close the gates, and per LA City Fire, all scheduled vaccines will be delivered.”

We are aware of social media posts referring to protestors showing up at the Dodger Stadium COVID-19 vaccination si… https://t.co/3hRicxSnE8

“CA is working around the clock to provide life-saving vaccines to those on the frontlines of this pandemic. We will not be deterred or threatened. Dodger Stadium is back up and running,” Newsom said.

The vaccination site reportedly reopened by 3 p.m. The site is usually open from 8 a.m. to 8 p.m., and Andrea Garcia, the press secretary for Los Angeles Mayor Eric Garcetti, said that everyone who had an appointment for Saturday would be able to get vaccinated.

There were no incidents of violence, according to the L.A. Times. The LAPD said no arrests were made during the peaceful protest.

Previously, Dodger Stadium was being used for widescale coronavirus testing. The MLB ballpark transitioned into a massive COVID-19 vaccination site in mid-January. City officials said the site would vaccinate up to 12,000 people a day.

The Biden administration had made a goal to vaccinate 100 million Americans in the first 100 days of the president’s term. However, many have noted that this is not exactly an ambitious goal since that number would have likely be achieved at the current rate of vaccinations.

Possibly compounding problems, there is a report that the Biden administration can’t account for as many as 20 million vaccine doses that were sent to states across the country.