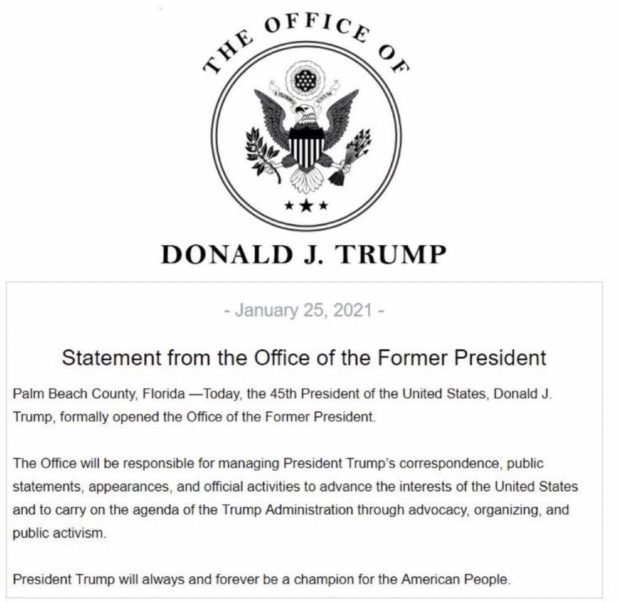 Former President Donald Trump has officially opened the office of the former president in Florida to further the America First agenda.

A statement from the office said that Trump created it to “advance the interest of the United States” and to “carry on the agenda of the Trump administration through advocacy, organizing and public activism.”

The office is seated in West Palm Beach, Florida, in the same city as the former president’s residence at Mar-a-Lago.

While many speculated that Trump would create a third party or create some sort of media empire, insiders have made clear that he intends to advance primary challenges against Republicans who failed to support the America First agenda.

This looks to be the first step to reforming the Republican party into the American party.