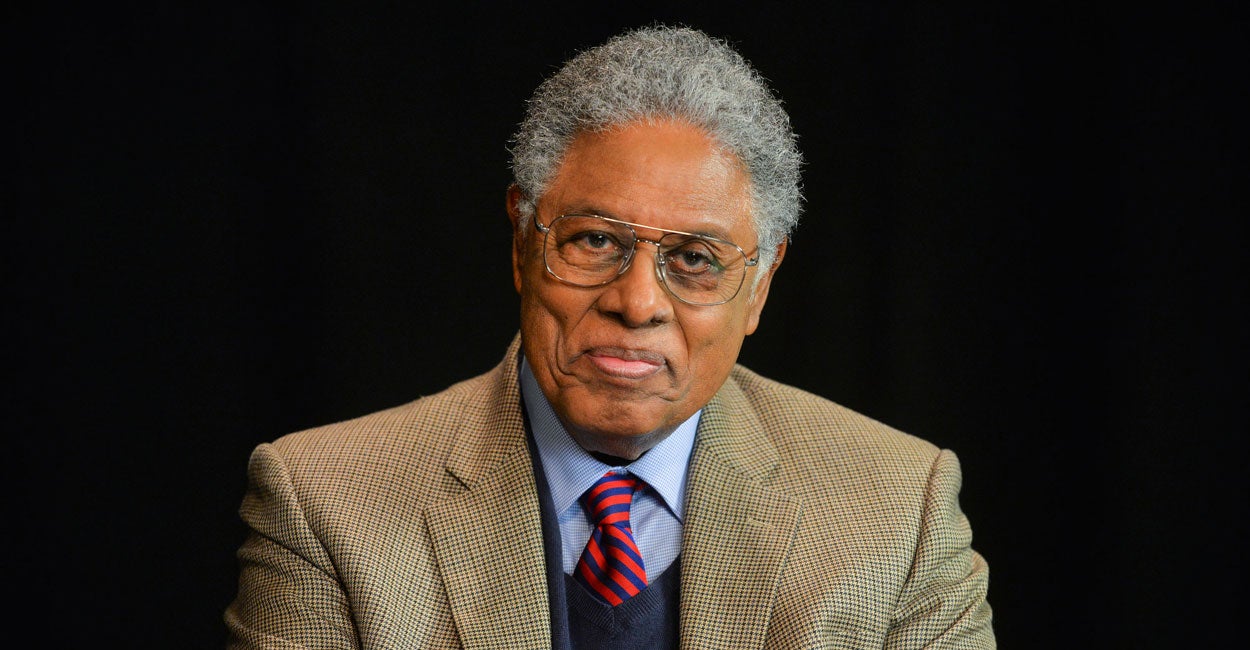 Gosh, that’ll do it.

Others demand reparations for slavery, more social programs, and defunding the police.

Yet, economist Thomas Sowell says, “I haven’t been able to find a single country in the world where policies advocated for Blacks in the United States lifted any people out of poverty.”

Sowell’s a black man who grew up in poverty. His father died before he was born, and his mother died soon after.

“We were much poorer than the people in Harlem and most anywhere else today,” he reflects. “But in the sense of things you need to get ahead, I was enormously more fortunate than most Black kids today.”

That’s because he discovered the public library. “When you start getting in the habit of reading when you’re 8 years old, it’s a different ballgame.”

Exploring Manhattan, he saw disparities in wealth. “Nothing in the schools or most of the books seemed to deal with that. Marx dealt with that,” says Sowell. He then became a Marxist.

What began to change his beliefs was his first job at the U.S. Department of Labor. He was told to focus on the minimum wage.

At first, he thought the minimum wage was good: “All these people are poor, and they’ll get a little higher income. That’ll be helpful,” he reasoned.

But then he realized: “There’s a downside. They may lose their jobs.”

His colleagues at the Labor Department didn’t want to think about that. “I came up with how we might test this. I was waiting to hear ‘congratulations!’ [but] I could see these people were stunned. They’d say, ‘Oh, this idiot has stumbled on something that would ruin us all.’”

Once he saw how government workers often cared more about preserving their turf than actually solving problems, Sowell rethought his assumptions.

He turned away from Marxism and became a free market economist, writing great books like “Basic Economics,” “Race and Culture,” and my favorite title, “The Vision of the Anointed: Self-Congratulation as a Basis for Social Policy.”

“Propaganda,” Sowell calls it. “If you go back into the ’20s, you find that married-couple families were much more prevalent among Blacks. As late as 1930, Blacks have lower unemployment rates than whites.”

But if systemic racism was the cause of inequality, he says, “All these things that we complain about, and attribute to the era of slavery, should’ve been worse in the past than in the present.”

Sowell says the bigger cause of black Americans’ problems today is government welfare initiated in the 1960s. The programs encouraged people to become dependent on handouts.

“You began to have the mindset that goes with the welfare state,” Sowell says. “No stigma any longer attached to being on relief.”

Sowell concludes that government programs that are supposed to help minorities do more harm than good. Affirmative action, for example.

In 1965, he took a teaching position at Cornell. The college, he said, had lowered admission standards to diversify the student body, and most students admitted under affirmative action did not do well.

“Half of the Black students were on academic probation,” he wrote, later adding, “Something like one-fourth of all the Black students going to MIT do not graduate. [There is] a pool of people whom you are artificially turning into failures by mismatching them with the school.”

Saying such things makes Sowell an outcast in academia, and now most everywhere.

Sowell writes, “If you have always believed that everyone should play by the same rules … that would have gotten you labeled a radical 50 years ago, a liberal 25 years ago, and a racist today.”

Starting next week, you can watch a new documentary on Sowell’s life, “Thomas Sowell: Common Sense in a Senseless World,” online at FreeToChooseNetwork.org.

Former CIA Director John Brennan Says He Is ‘Increasingly Embarrassed To Be A White Male These Days’
This Vox piece on Dolly Parton’s ‘dark side’ is pretty weird
Watch: Netflix releases the first trailer on “Operation Varsity Blues” documentary
Puerto Rico Statehood Bill Introduced. Can D.C. Statehood Be Far Behind?
BBC apologizes after airing interview with imposter claiming to be Sen. Cory Booker