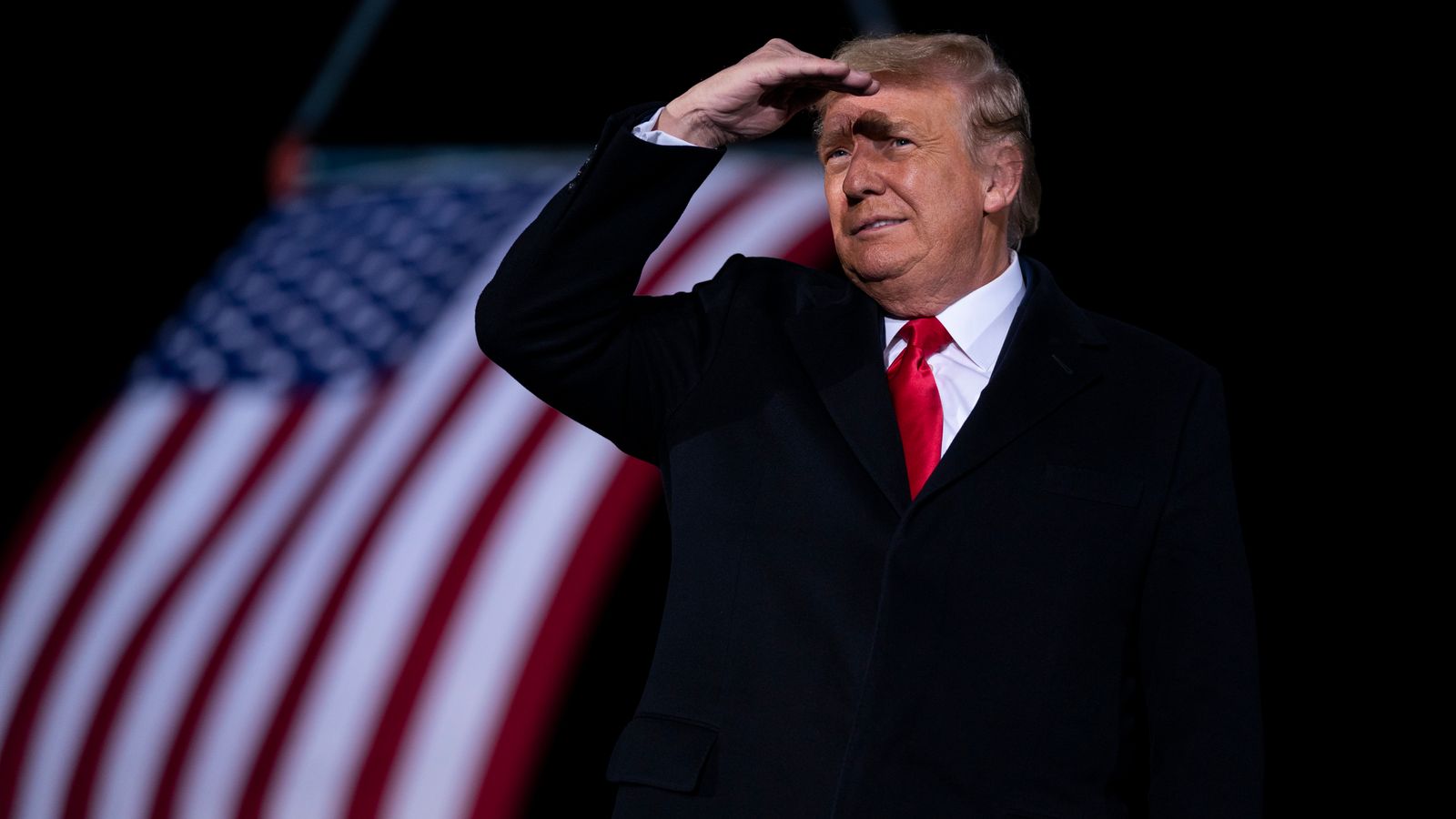 Donald Trump has scrapped a travel ban on people from countries such as the UK and Brazil – but incoming president Joe Biden intends to ignore it.

Mr Trump said the ban would end on 26 January, the same day a new system comes in requiring everyone flying from outside the US to show a negative COVID-19 test or proof they have recovered from the virus.

The president, who’s entering his last full day in office, said he had made the decision on the advice of his health secretary.

He issued a proclamation stating that it would enable “travel to resume safely” while still “protecting Americans from COVID-19“.

Mr Trump said the ban would also be lifted on people coming from Europe’s Schengen travel area and Ireland, but that it would remain for China and Iran because they had failed to share “timely, accurate” information.

With the pandemic worsening, and more contagious variants emerging around the world, this is not the time to be lifting restrictions on international travel.

Mr Biden‘s team responded quickly, with spokesperson Jen Psaki tweeting that “on the advice of our medical team, the Administration does not intend to lift these restrictions on 1/26”.

The restrictions have blocked nearly all non-US citizens who have been in the restricted countries, amid fears over the spread of new COVID variants.

Mr Biden – who is sworn in tomorrow – “plans to strengthen public health measures around international travel”, added his spokesperson.

Biden inauguration: Watch and follow events on Sky News from 1pm on Wednesday, with the ceremony starting at 4pm

As soon as he is in power, Mr Biden has authority to revoke Mr Trump’s order.

The outgoing president is also believed to be planning to reveal around 100 pardons and commutations later on Tuesday.

However, he is said to have decided against the extraordinary step of pardoning himself – if such a step is constitutional.

Mr Trump was last week impeached for a second time after being accused of inciting the US Capitol riots and faces a political trial in the Senate.

Dr Salomon Melgen, a Florida eye doctor jailed for multiple counts of health care fraud, is expected to be on the clemency list, according to CNN.

Former model and actress Pamela Anderson claimed on Monday that the president was “debating” the seemingly unlikely move of pardoning WikiLeaks founder Julian Assange – who has fought a long battle to avoid extradition to the US.

Intense security preparations for the inauguration are continuing in Washington, with masses of National Guard in place to prevent any potential violence after the FBI warned of concerning online “chatter”.

The FBI is also vetting all 25,000 National Guard for any links with extremism over fears of an insider attack, and the bureau’s former boss has told Sky News he is worried about the threat of “armed, disturbed people”.

On Tuesday, the Capitol complex was put into lockdown for a time after a nearby fire sparked a security alert.

Donald Trump has decided to break with tradition and not attend the inauguration and will instead be relocating to his Florida home as his turbulent four years in power end.