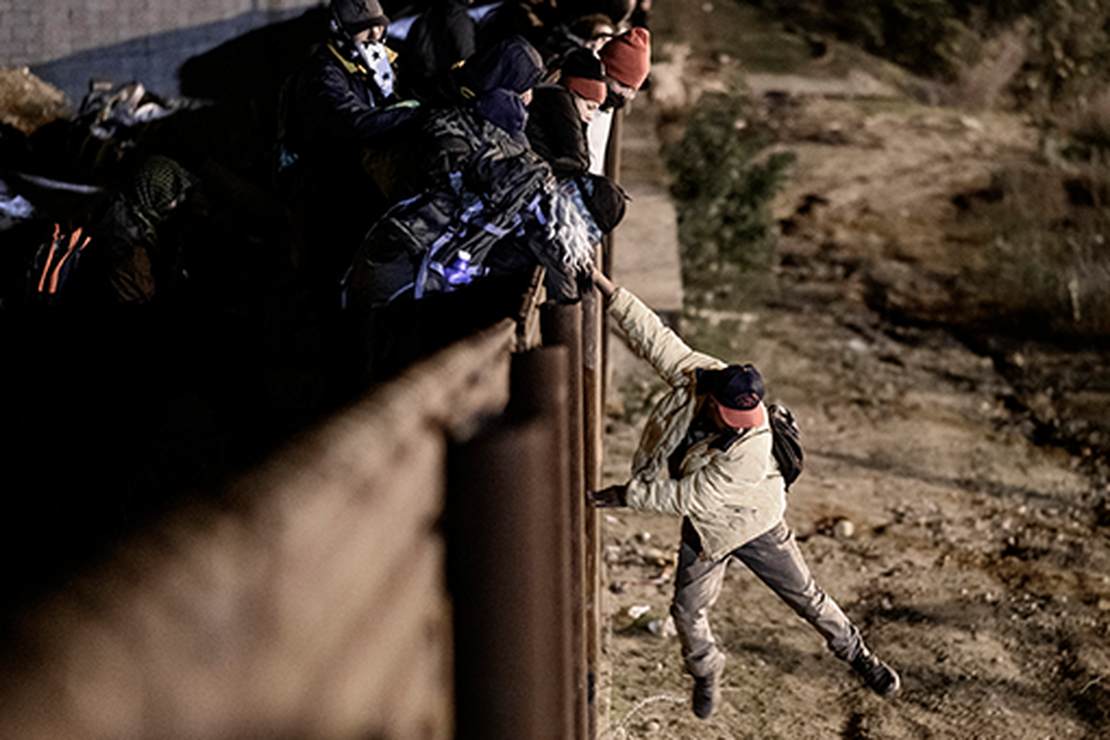 In his first few days in office, Joe Biden will send a massive immigration reform bill to Congress, the centerpiece of the bill being legalizing 11 million illegal aliens currently residing in the United States. In addition, he will offer a path to citizenship for DACA recipients as well as certain refugees who are in the U.S. under Temporary Protected Status.

What’s more, Biden will not offer further border security measures to Republicans to sweeten the deal. Marielena Hincapié, executive director of the National Immigration Law Center and one of the prime movers behind the legislation, wants to tell Republicans to go hang. “This notion concerning immigration enforcement and giving Republicans everything they kept asking for … was flawed from the beginning,” she said.

Biden’s proposal lays out what would be the most sweeping and comprehensive immigration package since President Reagan’s Immigration Reform and Control Act of 1986, which granted legal status to 3 million people who were in the country without documentation.

Under Biden’s plan, immigrants would become eligible for legal permanent residence after five years and for U.S. citizenship after an additional three years — a faster path to citizenship than in previous immigration bills.

Previous attempts at finding a path to citizenship for illegals have met with disaster. One plan envisioned illegals having to leave the country and reenter after they’ve paid any outstanding tax debt. Some illegals have worked off the books for 20 years or more and could never afford that kind of tax bill.

Biden is proposing amnesty. There’s no other way to characterize it.

Several immigration activists who spoke with The Times praised the reported scope and scale of the bill and expressed surprise at its ambition. A number of legislators and analysts had predicted that the new administration, at least in its first months in power, would be likely to pursue immigration measures that would stir the least controversy and could be achieved by executive actions rather than legislation.

“I think this bill is going to lay an important marker in our country’s history,“ said Lorella Praeli, an immigrant and longtime activist who has been talking with Biden’s staff, noting that the measure “will not seek to trade immigration relief for enforcement, and that’s huge.”

No talk from the Biden people about future immigration enforcement, which basically means open borders. No allowances will be made for those in the country for 10 or 20 years versus those here for 6 months. The bill, on its face, is unfair, unjust, and not passable.

But one former Trump administration immigration official is right about the attitude of people shifting.

Leon Rodriguez, who was director of U.S. Citizenship and Immigration Services from 2014 to 2017, said that “the public attitude toward immigration enforcement is at a different place in 2021 than it was at any point prior to the Trump administration.”

“I think there just has been a lot of things about how immigration enforcement was executed under the Trump administration that didn’t sit right with a lot of Americans, and that just creates a different attitude toward these matters and a different political calculation,” he said.

What to do with people who have been here for 20 years, worked, paid taxes, educated their kids, and are valued members of their community? There are millions of illegals with millions of stories to tell. If that story was repeated 11 million times, the decision would be easy.

But the sad fact is, that many illegals are not “valued members of the community.” How do you weed out the undesirables from those we might want? Isn’t that the whole point of having an immigration system so that law abiding, hard working people can be allowed into the United States in an orderly, sane manner to live and work?

Joe Biden’s plan is not orderly or sane. It is a catastrophe in the making.