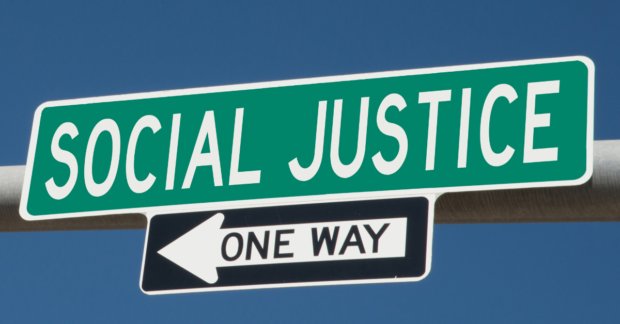 Charlotte, NC — There are a lot of things in life that we come to appreciate and love. For some, it’s a favorite restaurant, a favorite vacation spot, or a favorite hobby. For others, it may be a movie or television show.

In any case, the Left tells us that none of these things can be enjoyed to their fullest potential unless it is “woke.” That’s right, if it does not pander to the smallest percentage of Americans and the declared social issues of the Left, you simply cannot enjoy those things without being a racist White supremacist.

Such is the case with the popular Netflix show ‘Cobra Kai’ which is under scrutiny for failing to portray minorities in leading roles. The Los Angeles Times recently reported that the whiteness of the show and how that it, and other popular shows like it, simply ignore the minority characters that it should be placing in those roles.

Nowhere in the article does it talk about talent, experience, or any other skills that someone may need to act on camera. No, for the woke left, it’s all about the color of their skin.

The woke Left will stop at nothing to come after anything that anyone may enjoy. The entire time, they will call those who enjoy the shows racists, but in reality, those on the Left are the ones that are concerned about the color of skin.

The problem is that the left is so focused on their social justice mission, they simply cannot enjoy anything. Many discussed in the article felt that they should present martial arts to the minority community because some people simply like the tradition of martial arts. One critic said that perhaps it was not just a focus point for someone who was trying to overcome bullying.

Do I need to remind you that television is meant to be entertainment? It’s something that someone can sit and enjoy a few minutes to escape from the world and enjoy a story.

But to the left, we must be driving social justice causes, equality, and a mission in everything. They truly believe that every aspect of human life must be surrounded by the agenda of social causes. There is no such thing as simple entertainment.

As the woke Left continues to make everything in life trivial, it continues to drive the division between Americans. There is nowhere that people with differences can come together anymore that is free of the woke agenda. Sports are trivial, entertainment is trivial, and church is trivial. They have politicized everything under the branding of social justice.

Americans want and need a place to escape the divisions that the Left is driving. Instead, the only thing that the woke Left has accomplished is removing anything enjoyable from life.