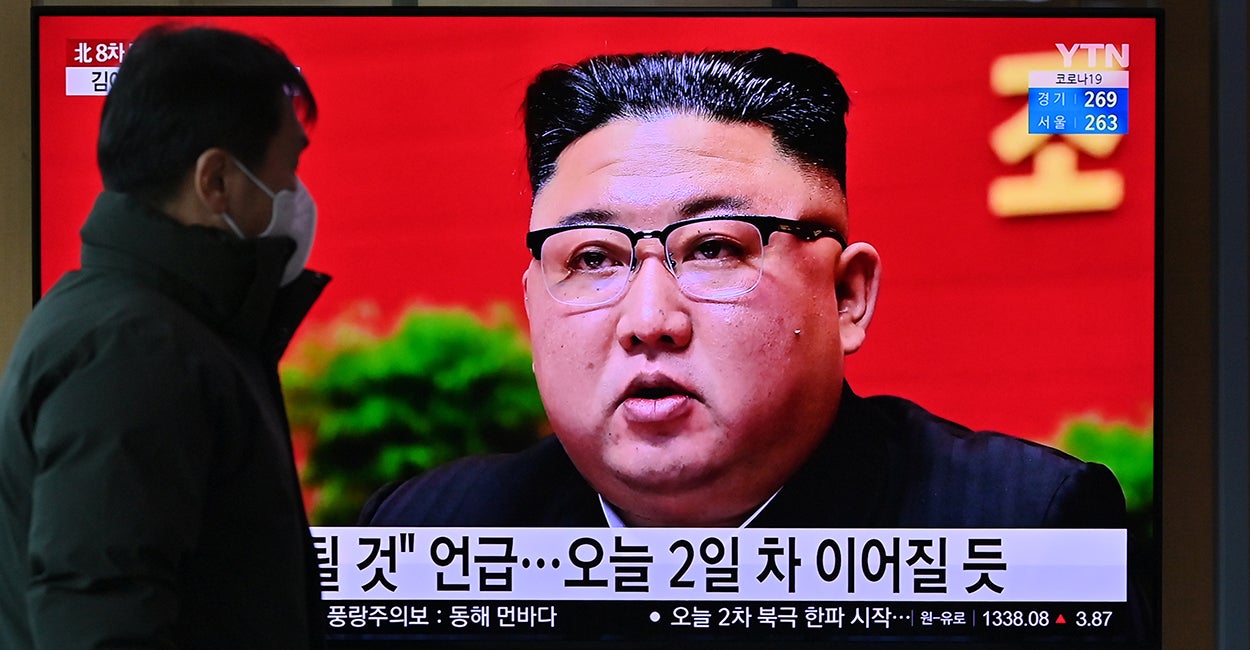 North Korea has been relatively quiet until recently, but that looks like it is changing. Keeping the Hermit Kingdom from becoming President-elect Joe Biden’s first crisis could well require learning some lessons from what the outgoing administration of President Donald Trump got right.

Incoming presidents always like to start out focusing on domestic issues. Biden may not get that gift. After all, in global affairs the other side may force an unwelcome issue at any time, and it looks like North Korea wants to get the immediate attention of the man who will become president of the United States on Wednesday.

Speaking recently at North Korea’s 8th Party Congress—the country’s highest legislative event—President-for-life Kim Jong Un did a lot of chest-puffing. He was clearly intent on making his people—and, at least as importantly, the rest of the world—realize just how incredibly dangerous he can be.

Kim spent a lot of time going down the list of all the advances made in his missile and nuclear programs and outlining his plans for expanding them even more—regardless of international sanctions banning such actions.

While North Korea has stopped threatening war every day and held off on nuclear and long-range missile testing, it has never stopped adding to its arsenal or testing new weapons. Last October’s military parade revealed several new additions to the nation’s armory. At least five new missile systems were tested in 2019, and more were displayed in the parade.

Kim never complied with the 11 United Nations resolutions requiring abandonment of his nuclear and missile programs, nor did he ever concede to the U.S. negotiating demand of complete denuclearization. Instead, he has kept his options open, waiting on the outcome of the U.S. elections.

In his speech, Kim declared his intent to double down on his outlaw behavior. He outlined new weaponry goals that include developing everything from multiple-warhead missiles to sea-based intercontinental ballistic missiles and hypersonic missiles.

My colleague at the Heritage Foundation, North Asia regional expert Bruce Klingner, notes that Kim’s ambitious research and development program “would likely entail new missile and nuclear testing, which would escalate tensions and pose an early foreign policy challenge for the Biden administration.”

Klingner’s assessment makes sense. North Korean leaders have made a habit of testing U.S. presidents. There is no reason Biden should expect anything different.

Further, the Biden team has already signaled it wants to reenter the Iran nuclear deal, despite flagrant cheating on the deal and increased recent aggression from the regime in Tehran.

Interpreting the Biden position on Iran as weakness, it would be reasonable for Kim to try to get a similar sweetheart deal from a new team, believing it doesn’t want to start out with a Korean crisis.

If the Biden administration doesn’t want to throw gasoline on Kim’s ever-burning fire, thereby triggering a real crisis, it must send Kim a strong message at the start. There are several steps that could avert a disaster.

Yes, the Biden administration should absolutely remain open to diplomacy—but do so from a position of strength. It also must continue to build out and expand U.S. missile defenses so America remains well ahead of the North Korean threat.

The worst mistake would be to repeat the approach taken in the Iran deal, giving a dangerous, dictatorial regime something for nothing and exchanging the leverage of sanctions for empty gestures and promises.

The U.S. must also continue to strengthen its alliance with South Korea, which Kim also saw fit to go after in his speech. South Korean President Moon Jae-in has tried hard to make nice with the North, and some in Seoul even predicted that Kim might make some positive overtures in his address. But Kim was having none of that, serving up vitriol and threats instead.

In negotiating with Kim’s regime, the U.S. must eschew following failed formulas like the terse, poorly-crafted agreements of the past. Instead, Washington should press resolutely for a comprehensive verifiable agreement that actually denuclearizes the peninsula.

Meanwhile, the Biden administration should treat the Iranian nuclear threat with the seriousness it deserves. This is no time to revive the failed deal of the Obama era.

And standing tough with Iran will have the added benefit of sending Kim a clear, strong message: that the U.S. wants real peace and real deals and is committed to protecting our interests and our allies for as long as it takes to get such agreements.