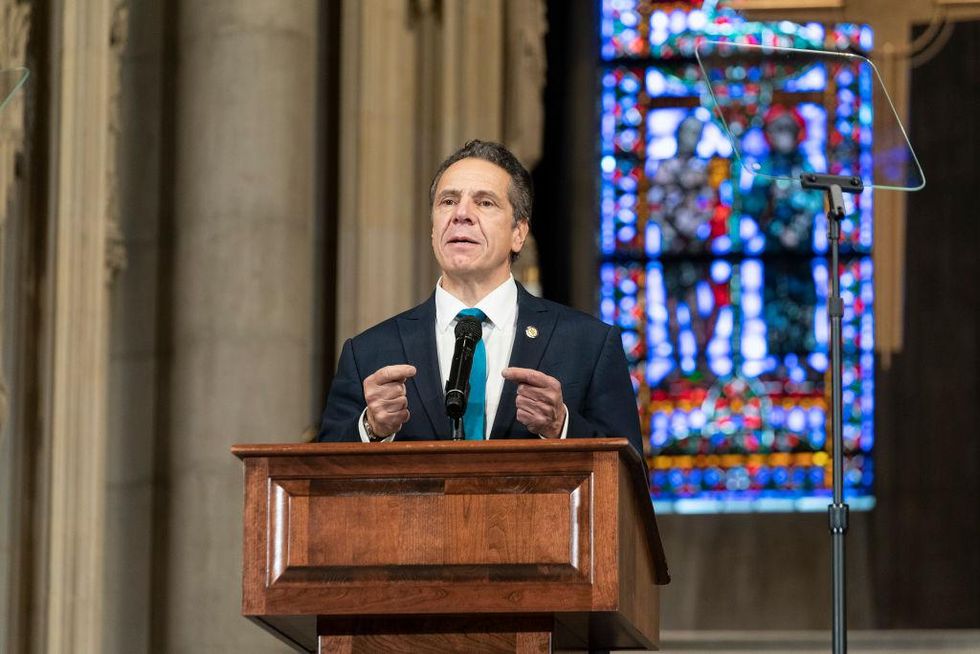 Dozens of restaurant owners in upstate and western New York have joined a lawsuit that has been filed against New York Governor Andrew Cuomo (D), alleging that state restrictions that are keeping their facilities closed are arbitrary and not based on science.

The lawsuit was originally filed in the week before Christmas, according to WKBW-TV in Buffalo, and by last week had over 40 restaurants named as plaintiffs. The lawsuit alleges that the restaurant owners have been deprived of constitutional rights without a rational, scientific basis.

Specifically, restaurant owners in Erie County complain that the “orange” designation applied to the county by the state requires them to remain closed while restaurants that are “around the corner” in neighboring “yellow” counties remain open. They note that according to the state’s own figures, less than 1.5 percent of COVID-19 cases in the state are traceable to restaurants or bars.

According to a Fox News report, restaurant owner Paul Santora, who owns Santora’s Pizza Pub and Grill in Erie County, claimed, “Everywhere else in our district and everywhere around us basically are operating fully and [are] having the best season of their careers, and right around the corner from us it’s the same way.”

Santora continued, “For us, we really need the message to be consistent. One day they’re going and they’re concentrating on percentage rates of positive cases and shuts us down to orange, and then all of a sudden it changes the hospital beds and it keeps us in orange.”

Santora’s attorney, Corey Hogan, told Fox News, “And we suggested to the judge, forgetting the constitutionality issues, let’s just look at the fairness of it. The state itself has admitted that restaurants are not the problem. Gov. Cuomo said that. He also said hair salons are not the problem. They’ve been closed down. Now they’ve been allowed to open.”

Cuomo, who has failed to stop New York from being one of the worst states in the country for the coronavirus pandemic and has been widely criticized for a number of public missteps — including forcibly placing infected persons in nursing homes, potentially leading to thousands of deaths — was not impressed with the lawsuit.

A spokesman for Cuomo told WKBW, “We get sued virtually every day for virtually every action taken during this pandemic, and frankly I’ve lost track of all the frivolous suits filed against us. We are moving heaven and earth to contain this virus and we know some people are unhappy, but better to be unhappy than sick or worse.”

In spite of strict lockdown measures, some of which have previously been ruled unconstitutional, New York has continued to see worse coronavirus outcomes than other states. By any objective comparison, New York has seen far worse results than Florida, in spite of the fact that Florida has more people and an older population than New York. As Townhall political editor Guy Benson noted, Florida Governor Ron DeSantis has been widely criticized by media figures for not instituting many of the same policies as Cuomo, even though his state has objectively fared better during the pandemic.