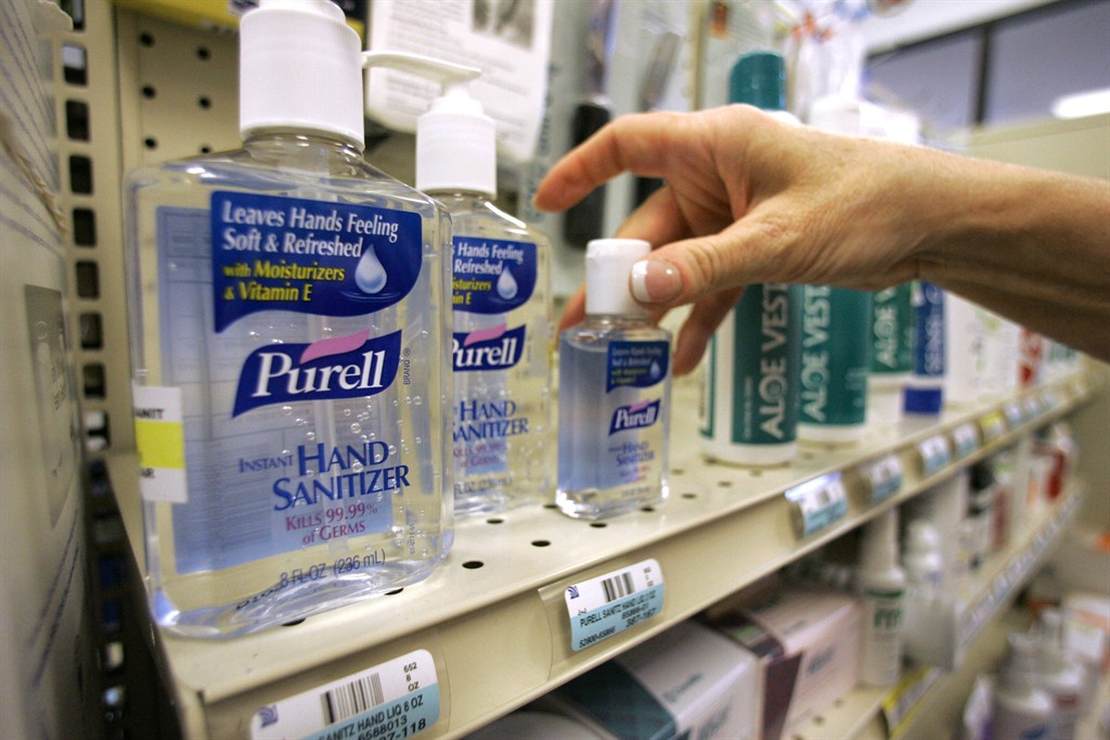 When cities and states across America locked down to stop the spread of COVID-19, distilleries lost key moneymaking opportunities, from the loss of tourism to the closure of tasting rooms and cocktail bars, to the loss of in-store sampling. Despite these struggles, many distilleries decided to give back to the community by making hand sanitizer when communities across America suffered shortages. The government has rewarded this generosity with a bill — for $14,000.


“At the beginning of the pandemic the FDA and our communities called out for help and distillers enthusiastically stepped up to the plate and provided an essential product to medical workers and first responders,” Aaron Bergh, a craft distiller and owner of Calwise Spirits on California’s Central Coast, told The San Joaquin Valley Sun on Wednesday. “No good deed goes unpunished.”

Yet this heroic effort made distilleries vulnerable to crippling fees — just as many of them face new lockdowns amid another COVID-19 surge.

As Reason‘s Jacob Grier explained, the CARES Act reformed the regulation of non-prescription drugs. Under the law, distilleries that produced hand sanitizer are classified as “over-the-counter drug monograph facilities.” The CARES Act also slapped user fees on these facilities — in order to fund the FDA’s regulatory activities.


Yet the story gets even more perverse. Not only did the CARES Act penalize distilleries’ good deeds, but it did so in order to fund the FDA’s regulation — regulation that hampered distilleries in their attempt to provide much-needed hand sanitizer.

As the distillers launched into their heroic actions, the FDA imposed additional requirements on top of World Health Organization (WHO) guidelines for emergency sanitizer production. The FDA mandated that all alcohol used in hand sanitizer must first be denatured — rendered it undrinkable — raised costs for distillers and slowed production.

Now, distillers have to foot the bill for the very regulation that made it harder for them to do their good deeds. All this at a time of increased uncertainty amid new lockdowns.

“It’s apparent the FDA has decided they don’t need us anymore and it’s in their best interest to suck us dry when we’re already struggling during the pandemic’s business closures,” Bergh remarked.

In a statement on Wednesday, Bergh said his distillery produced 5,000 gallons of hand sanitizer, prioritizing distribution to medical workers and those on the frontlines of the pandemic. “Some of my hand sanitizer was donated,” he explained. “The rest was sold at a fraction of the market price. My goal was to get as much out as I could, at as low of a price as I could, while being able to bring my furloughed employees back to work. The hand sanitizer business saved me from bankruptcy—but I didn’t make an enormous profit.”


Becky Harris, president of the American Craft Spirits Association (ACSA) and a distiller in Purcellville, Va., compared the new fees to surprise medical billing. She told Reason that the ACSA is advising members not to pay the fee right away.

“We want to push back on this,” she said. She expressed hope that the FDA has some discretion on the applicability of the fee, and that the agency will exclude distilleries, most of which no longer produce sanitizer and have no intention of doing so since the shortage has passed.

There is a tragic irony to the fact that this surprise fee — this punishment for doing good — came as part of the CARES Act, a law intended to give Americans relief from the economic hardship imposed by COVID-19 lockdowns. Governments imposed rules that hurt Americans, so the federal government tried to make it right. Unfortunately, any governmental intrusion into the economy comes with costs and unintended consequences.

The federal government needs money to fund the FDA’s regulations — even if those regulations are too onerous, as in this case. When the government sends out checks to Americans (as it did in the CARES Act), it needs to raise the money to finance those checks, and that money has to come from Americans through taxation.

Ultimately, the best response to economic troubles is to decrease the size and scope of government, allowing people to make their own decisions about what to do with their own money. If people keep clamoring for stimulus checks, essentially voting themselves more money, that will create and extend perverse incentives that will damage the economy in the long run.


Tyler O’Neil is the author of Making Hate Pay: The Corruption of the Southern Poverty Law Center. Follow him on Twitter at @Tyler2ONeil.

After $2 Trillion Coronavirus Stimulus, America Must Get Its Fiscal House Back in Order

Your Tax Dollars at Work: Man Convicted of Raping His Daughter Approved for Transgender Surgery

House and Senate Pass $900B COVID-19 Stimulus. Here’s What It Will Do

NYT FREAKS: TikTok Not Doing Enough to Wipe Out So-Called ‘Election Misinformation’
Liz Warren says ‘everyone’ told her they would have voted for her in the presidential primary if she had a penis
Baltimore’s Top Prosecutor Held In Contempt Of Court
67-year-old dies after getting sucker-punched by Wendy’s worker
National Archives issues response to Trump’s claim that Obama took 30 million pages of documents from the White House