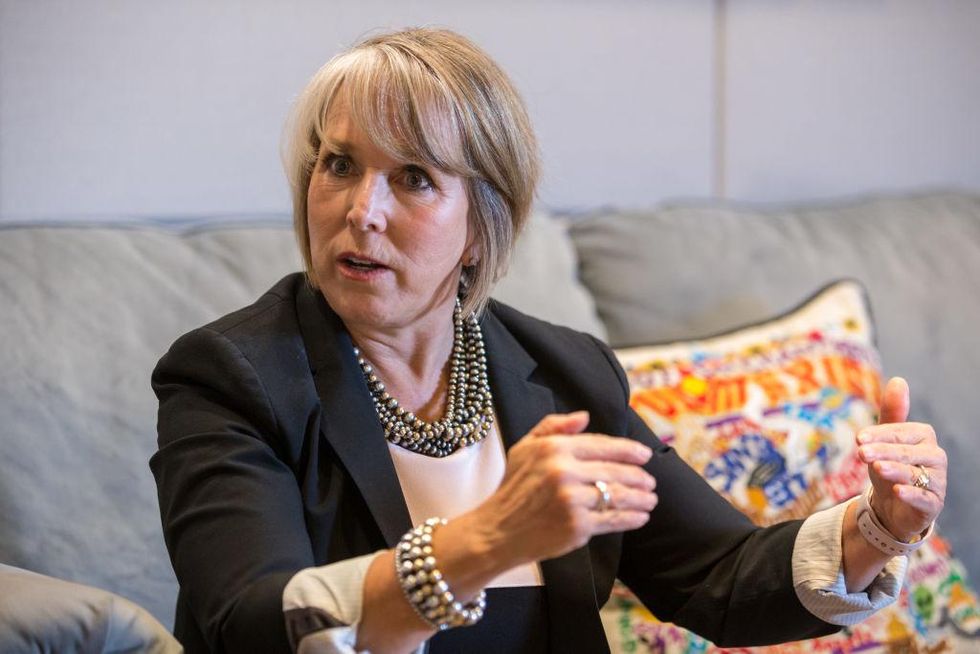 New Mexico’s Democratic Governor Michelle Lujan Grisham fined two churches $10,000 apiece for violating the state’s social distancing requirements, and her communications director released a statement accompanying the fine implying that the pastors involved were “pro-virus,” according to a report from Daily Wire.

The churches, Legacy Church and Cavalry Church, are described as “megachurches” by local ABC affiliated KOAT-TV. Both attracted attention after they posted videos on their respective social media sites showing hundreds of parishioners gathered singing Christmas carols during Christmas Eve services. Those videos garnered significant attention on social media and ultimately led to news stories from local media affiliates, which seems to have prompted the governor’s actions.

On December 15th, Grisham instituted restrictions that limited capacity in worship services to 25% and required masks for all attendees. It was not immediately clear exactly how many people were present in either service, but the governor’s office was apparently satisfied that both were over capacity, as both were fined $5,000 for exceeding the capacity limits. The churches were also fined an additional $5,000 apiece for failure to ensure that parishioners wore masks.

In a statement provided to KOAT, Legacy Church was defiant about Grisham’s order: “It’s tragic that what we do for thousands of shut-ins, those in despair, and kids who go without meals gets no state notice, but fixation on one service can net us large fines. The state should fold its losing hand against Churches as Colorado has, focus on the truly vulnerable, and recognize what the US Supreme Court has recently said about Churches because we must continue to do what we are called to.”

They also, in their statement, referred to their service as a “peaceful protest,” a likely reference to the Black Lives Matter protests that were allowed to proceed over the summer without any coronavirus enforcement actions.

Grisham’s communications director, Trepp Stelnicki, did not mince words in response, implying that the pastors responsible for the service were “pro-virus,” according to NBC News. “We all wish this pandemic were over, but it’s not, and no pro-virus pastor may deem it so. So many New Mexicans have sacrificed — and lost — so much in this pandemic. These illegal and selfish gatherings will directly contribute to more suffering and illness in our state. These church leaders should reflect on the danger they’ve unleashed in their communities.”

Restrictions on worship services — usually instituted by Democratic mayors and governors — have been struck down on numerous occasions in court. The Supreme Court has even weighed in, calling such regulations in New Jersey, Colorado, New York, California, and other states unconstitutional even though the regulations had already been lifted by the time the cases reached the court.

As Justice Gorsuch noted in a concurring opinion to the decision striking down the New York regulations, “Government is not free to disregard the First Amendment in times of crisis. At a minimum, that Amendment prohibits government officials from treating religious exercises worse than comparable secular activities, unless they are pursuing a compelling interest and using the least restrictive means available. See Church of Lukumi Babalu Aye, Inc. v. Hialeah, 508 U. S. 520, 546 (1993). Yet recently, during the COVID pandemic, certain States seem to have ignored these long-settled principles.”