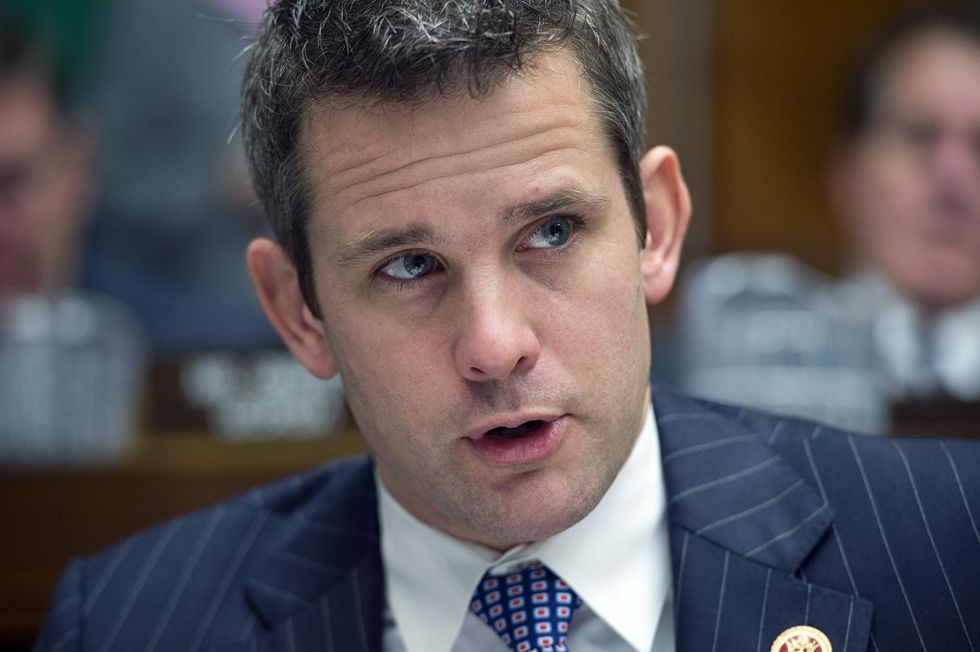 A Republican member of Congress excoriated President Donald Trump’s fundraising in hopes of overturning the results of the election, and claimed that he’s heard from many in the Republican base that they’re turning against the president.

Rep. Adam Kinzinger of Illinois spoke to Dana Bash on CNN on Tuesday and said that some Republican politicians are privately distancing themselves from the president.

“I think they’re starting to, I’ll tell you the base is starting to turn,” Kinzinger claimed.

“I get texts every day, granted people that are mad at me that are my friends probably aren’t going to text me,” he explained, “but, a lot of people that I thought would be upset with me calling this out, that are texting saying, ‘you know what you’re right, it’s time, and nobody else is saying it,’ you know if the president says the election is stolen and nobody rebuts him, you’re generally gonna believe him.”

“I do think it’s starting to turn,” Kinzinger concluded.

Kinzinger went on to say that the president would be a “player” in the Republican party after he leaves office, but that he wouldn’t be as influential for as long as many believe.

He also said in the interview that the president’s efforts to overturn the results of the election were undermining Democracy, and called his fundraising efforts to that end a scam.

“People that work hard for their money, hardworking taxpayers are giving their money to this because they’re convinced because the president’s telling them this, that they can win, and they can’t,” said Kinzinger.

“And the scam in congress with January 6th, all these members of Congress that are posting crazy things so they can get a ton of followers and retweets and raise money,” he added.

“I think we have to call it out finally because if we don’t people are just gonna believe it,” Kinzinger concluded.

Allies and supporters of the president who believe a massive voter fraud scheme stole the 2020 election from him plan a rally on January 6, the day of the Electoral College Certification Process in Congress.

Kinzinger is a U.S. Air Force veteran and lieutenant colonel in the Air National Guard.

Here’s the video of Kinzinger’s comments:

Clothing subscriptions like Stitch Fix were once hot – but now might be the victims of ‘box fatigue’
DC Mayor Bowser renews call for DC National Guard assistance amid influx of migrants
President Joe Biden’s Schedule for Monday, August 15, 2022
Homebuilders say U.S. is in a ‘housing recession’ as sentiment turns negative
Homebuyers are backing out of more deals as high mortgage rates persist and recession fears linger