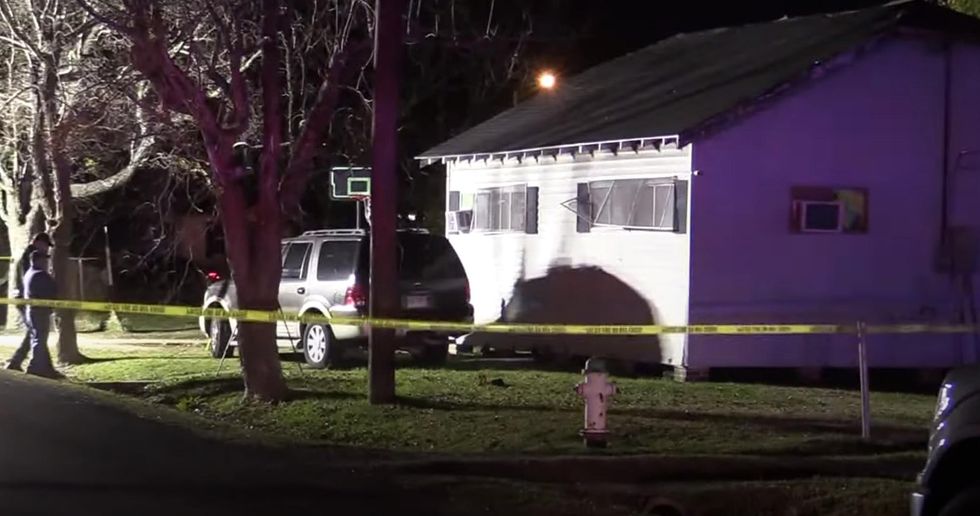 A Texas father foiled a home invasion when he shot and killed one of three armed burglars who allegedly broke into his home and threatened his family at gunpoint, including two young children.

The alarming incident unfolded in Port Arthur, a city east of Houston, on Sunday.

Port Arthur police said that they were called to the home at about 8:30 p.m. and found a deceased 27-year-old who had been shot by the homeowner and father of the family.

The victims said that three armed burglars forced their way into the home as a female resident arrived at the house. The suspects allegedly demanded that the woman hand over her belongings.

From a separate room, the 29-year-old father of the home heard the commotion from the home invasion and confronted the intruders with his rifle. He says that he shot one of the intruders and the other two fled. Police are seeking the two suspects who escaped.

The father was trying to protect his two young children, who where also in the house at the time. Port Arthur Detective Mike Hebert told KBMT-TV that the suspect who was killed was not a stranger to the homeowner who killed him.

“We know that the individual who defended himself inside the house was an acquaintance of the suspect that was shot and killed within the house,” said Hebert.

Hours after the lethal shooting, the home was subject to a drive-by shooting, but no one was at the home at the time. Then, a day later, the home was engulfed in flames. Police are investigating whether the three incidents are connected.

The mother of the children, who doesn’t live at the house, said that her 5-year-old child was shaken up by the incident because one of the suspects pointed a gun at his face.

The deceased suspect was later identified and KBMT reported that he had been previously arrested for assault, numerous times for deadly conduct, and for making terroristic threats.

‘I Was Totally Dying’: Afghan Interpreter Recalls Chaotic US Withdrawal
FBI, R.I.P.?
For good, or ill, the Republican Party has placed itself in the orbit on Donald J Trump
Salman Rushdie in surgery after he was stabbed in neck and abdomen, police say
Oracle Is Now Vetting TikTok’s Algorithms