The fact-checker retracted a “false” rating it gave to a video posted by Owens on Nov. 12, and issued a correction admitting fault. 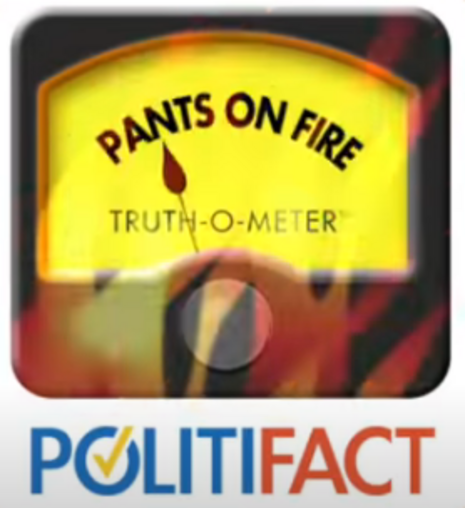 “Weeks ago, @Facebook censored a post of mine which truthfully stated that @JoeBiden is NOT the President-elect,” Owens tweeted. “So I got lawyers involved. Conclusion? @PolitiFact uncensored the post & admitted that they LIED by rating my post false. The fact-checkers are lying for Democrats.”

Owens’s video was captioned “Joe Biden is literally and legally not the President-elect. So why is the media pretending he is?” It discussed the public’s blind acceptance of the media’s declaration of an election winner versus the legal procedure required for victory to be called. “For whatever reason, we have a bunch of people in America who actually believe that a Fox News or a CNN projection is a fact,” Owens said in her video posted to social media. “They don’t understand that this is a projection and that the states have to actually certify the results.”

“This information cannot be fact-checked, because that is the truth,” Owens noted earlier in the video. “It is a fact.”

Nonetheless, the video was given a “false” rating, which automatically diminished the post’s visibility per Facebook’s fact-checking policy. Owens also noted that, theoretically, every single person who shared the post was alerted they had shared false information, according to The Daily Wire.

Owens told The Daily Wire that she initially reached out to PolitiFact through her legal representation. A response from one of PolitiFact’s lawyers indicated the video was given a “false” rating “in error” and its label had been removed, according to Owens. “[W]e still don’t know how or why the post was labeled ‘false’,” continued the lawyer’s response. “We are investigating and hope to share more information with you formally on Monday.”

“Correction: PolitiFact originally labeled this video false in our capacity as a third-party fact-checker for Facebook. On Nov. 20, an appeal to that decision was made on behalf of Ms. Owens. PolitiFact approved the appeal on Nov. 20, determined that a correction was appropriate, and removed the false rating.”

Not long before Owens posted her video, the conservative personality made an announcement that she would be suing Facebook fact-checkers Lead Stories and USA Today for violating American’s free speech rights.

Facebook’s fact-checkers are all part of the liberal Poynter Institute’s International Fact Checking Network (IFCN), which received $1.3 million from liberal billionaires George Soros and Pierre Omidyar. Facebook’s program has 10 U.S.-based fact-checkers. With the exception of Check Your Fact, eight of these organizations defend the left. One other is a NeverTrump publication. Lead Stories, which performs 76 percent of the fact-checks on Facebook, is run by eight former CNN alumni, while USA Today has reportedly used college interns to help with its fact-checking.

Conservatives are under attack. Contact Facebook via phone at (650) 308-7300 or (650) 543-4800, or by mail to 1601 Willow Road Menlo Park, CA 94025, and demand that the platform provide transparency: Companies need to design open systems so that they can be held accountable, while giving weight to privacy concerns. If you have been censored, contact us at the Media Research Center contact form, and help us hold Big Tech accountable.