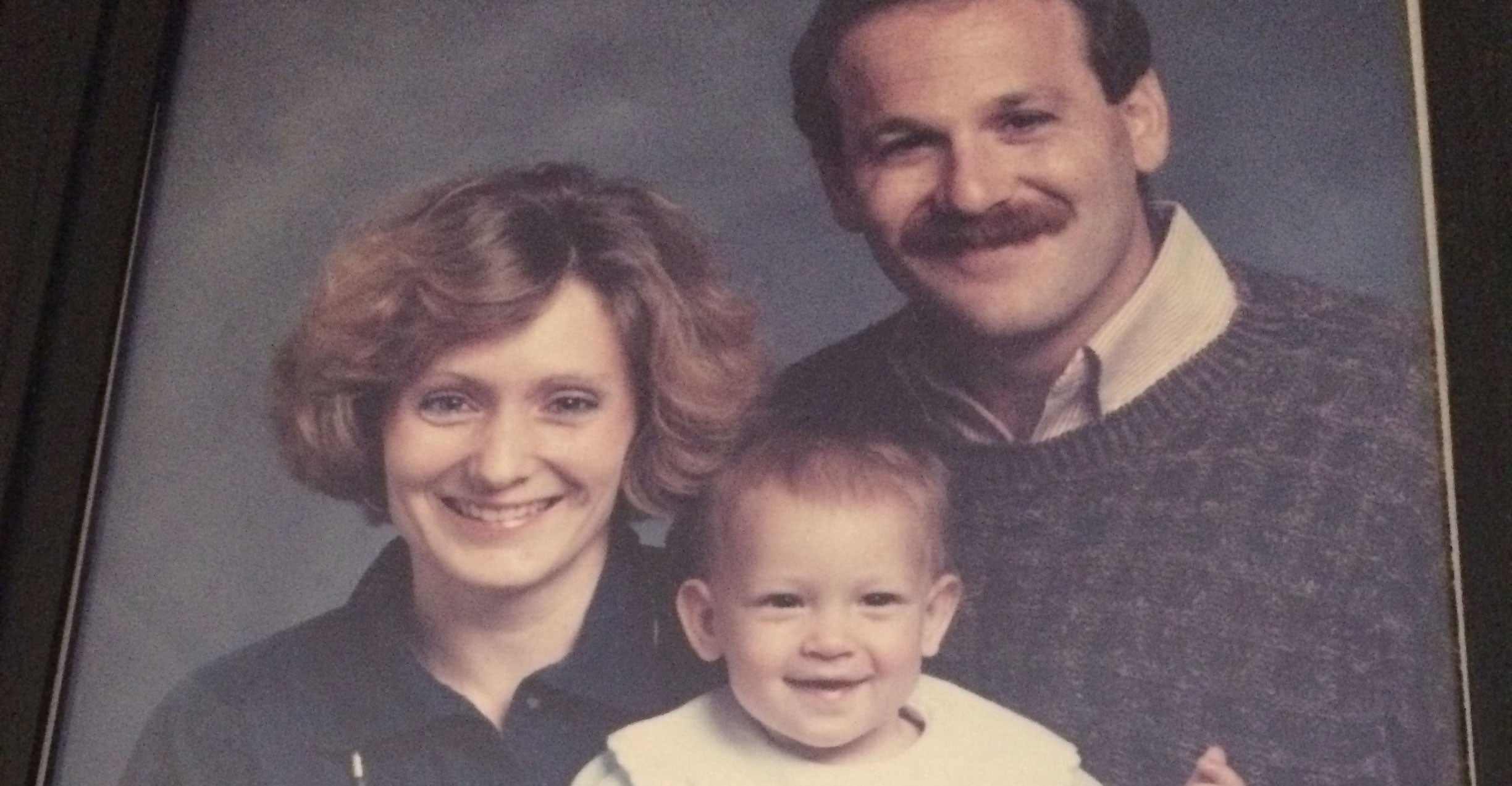 The year 1985 was, for many, an unremarkable year, except perhaps for President Ronald Reagan being sworn in to his second term, and U2’s outstanding performance at Live Aid at Wembley Stadium in London.

For my parents and me, however, the year was life-changing. I was born in September of that year, and my parents adopted me. As with all families, the story begins with my parents.

My parents got married in August 1975, and the reception was at the local country club in their hometown of Council Bluffs, Iowa. Ten years later, they moved to St. Louis, bought the ugliest house on the best block in the best school district, and began their adoption journey.

After a year and a half of home studies, countless interviews, and the emotional challenge of not knowing when—if ever—they would welcome a baby into their home, my dad received a phone call on Sept. 28, 1985.

The adoption agency phoned to say that a baby girl had been born and that the birth mother wanted to place her in a loving home. My dad leapt from his desk, grabbed his coat, and walked to the door, ready to meet with the adoption agency.

His secretary said, “Doug, don’t you need your car keys?” He eventually found his keys, and a few days later, I met my mom and dad in family court.

I’m told that I crawled on the table while the adults completed the paperwork. The judge told the courtroom that the most rewarding cases in family court are adoption cases, where children are welcomed into loving homes.

I spent the next two months in foster care while legal details were finalized. In December of that same year, my parents brought me home. They set me, in my bassinet, on the kitchen counter, and my mom said, “What do we do with her?”

They quickly figured it out, and my childhood was filled with Cardinals baseball, handmade Halloween costumes, and singing along to the Eagles during family road trips.

Adoption brought me to my parents, Amy and Doug, who have given me a life of wonderful memories, with many more to come.

When I started writing this article, I had reached the conclusion that adoption uniquely exists at the convergence of individuals, communities, and limited government. But as I began writing, I realized that that’s the case for all families. Family begins when a married mother and father decide to welcome a child into their home, and that child is raised by his or her parents alongside formal and informal community networks.

Adoption is much the same. When a baby is adopted, two parents welcome a child into their home. The difference is that the child does not share their genetic makeup.

What is special about adoption is not that it is terribly unique from a family with biological children, but rather that it’s another avenue to family formation.

Sometimes when I tell people that I was adopted, they ask, “Do you know your real parents?” I reply, “My real parents are Amy and Doug Krasne.”

These well-intentioned people likely never have met someone who was adopted, so I politely explain that my parents are … my parents.  I’m happy to explain that, because I want people to know that families who adopt are really no different than families who have biological children.

November is National Adoption Month and thus an opportunity to bring adoption to the forefront of our cultural discourse. As we acknowledge National Adoption Month, let’s focus on how what’s special about adoption is also what makes it like any other family; namely, a mom, a dad, and their children—all held together by unconditional love.

Here’s what media coverage under an authoritarian regime looks like
Five Days After Riots in Seattle, Portland, Biden Finally Condemns the Rioters
Winner of Food Network show charged with child abuse murder of white 3-year-old foster child. She criticized ‘white privilege’ on social media.
Biden Doubles Down on Amnesty
Ben Carson On Impeachment: ‘It’s Like A Bunch Of Third Graders’