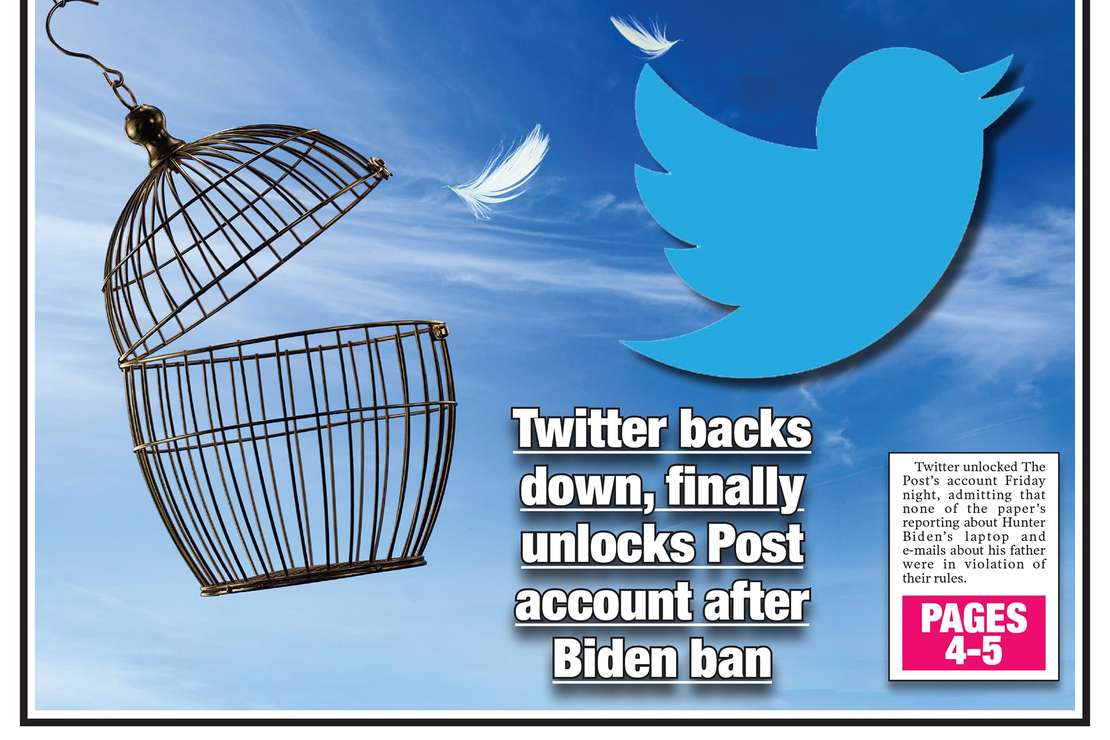 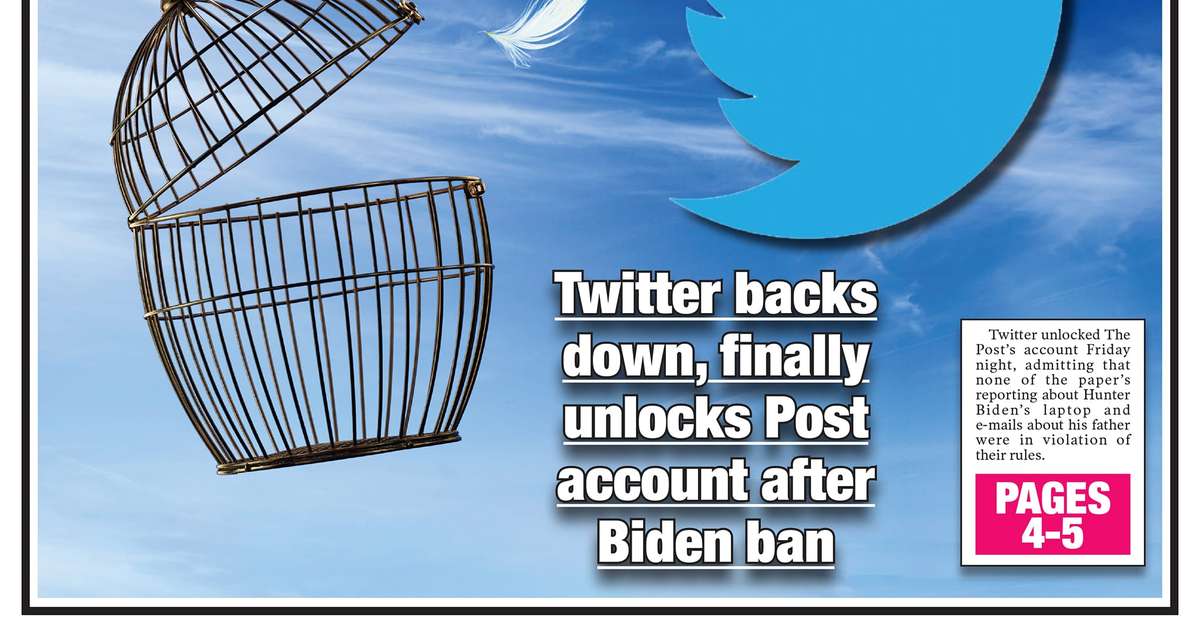 After more than two weeks in Twitter’s “jail,” The New York Post’s Twitter account has finally been freed. It’s a hollow victory for the Post because the legacy media has largely ignored the underlying Joe Biden corruption story. Whatever impact it could have had on the election was lost — which may have been Twitter’s intent all along.


Twitter justified suspending the Post‘s account by claiming that the Biden story was based on “hacked” materials. The nonsensical claim wasn’t meant to be serious — it was simply a signal to the rest of the media that they didn’t have to cover the blockbuster story of Joe Biden lying about not being involved in his son’s business dealings.

In an epic lapse of journalistic principles, almost every major “mainstream” news outlet refused to even report on the story.

“Our policies are living documents. We’re willing to update and adjust them when we encounter new scenarios or receive important feedback from the public,” Twitter Safety began a thread from its official account. “One such example is the recent change to our Hacked Materials Policy and its impact on accounts like the New York Post.

“In response, we’re updating our practice of not retroactively overturning prior enforcement. Decisions made under policies that are subsequently changed & published can now be appealed if the account at issue is a driver of that change. We believe this is fair and appropriate.”


There is nothing “fair and appropriate” about the larger situation. Twitter blatantly interfered in a national election.

In another age, perhaps on another planet, the Hunter Biden email story might have started a feeding frenzy. A major candidate was caught in a lie that dealt with a foreign country and whether he used undue influence as vice president of the United States to facilitate his son’s business dealings? Sounds like a crackerjack story to me.

But to our “Gatekeepers,” the story didn’t even rate a “ho-hum.”

Considering the stories that the media have manufactured over the last 4 years, perhaps it was naive of us to believe that a story this close to the election would be allowed to upset their plans.


Evidence of Joe Biden Corruption Just Keeps Piling Up, and the Media Refuses to Cover It