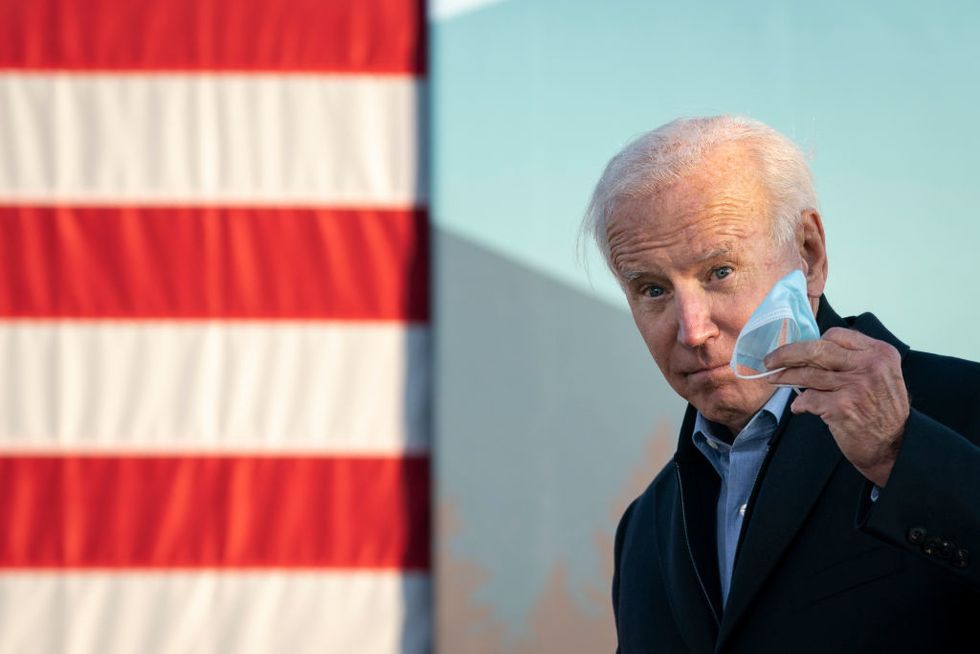 With only three days until the 2020 election, the race is heating up in a very unexpected way: both septuagenarian presidential candidates are talking about fistfighting each other.

Hostilities on the campaign trail escalated on Saturday when Joe Biden fantasized about assaulting President Donald Trump. At his drive-in rally in Flint, Michigan, the former vice president talked about wanting to physically strike when the two were in high school, which would have been in the early 1960s.

The comment about wanting to assault Trump came during Biden’s campaign where he has stressed “unity.” When he accepted the nomination to be the Democratic presidential candidate, Biden declared, “Love is more powerful than hate.”

This isn’t the first occasion that Biden dreamed of fighting Trump in high school. In October 2016, Biden said, “The press always asks me, don’t I wish I were debating him?” Biden said while campaigning for Hillary Clinton. “No, I wish I were in high school, I could take him behind the gym. That’s what I wish.”

On Saturday, Trump recalled Biden’s comments calling for fisticuffs from four years ago during a rally in Reading, Pennsylvania. Trump referenced the reported emails from Hunter Biden’s laptop, which allegedly detail overseas dealings with a Chinese energy company. In one of the emails, there is a person labeled as “the big guy,” a source alleges that “the big guy” is Joe Biden.

“The big guy, ‘the big guy’ they call him,” Trump said to the crowd in referencing his opponent. “He’s not a big guy.”

Trump then jokingly makes a hand gesture of him poking Biden and his political rival falling down.

“Do you remember like a year ago, year and a half ago, he said ‘I’d like to take him to the back of the barn,'” Trump asked the crowd.

Then Trump pretends to throw a punch, which is followed by the audience chanting “lock him up.”

“A slight slap, you don’t have to close your fist,” Trump quipped.

Then Trump ends by saying that he “isn’t inciting violence.”