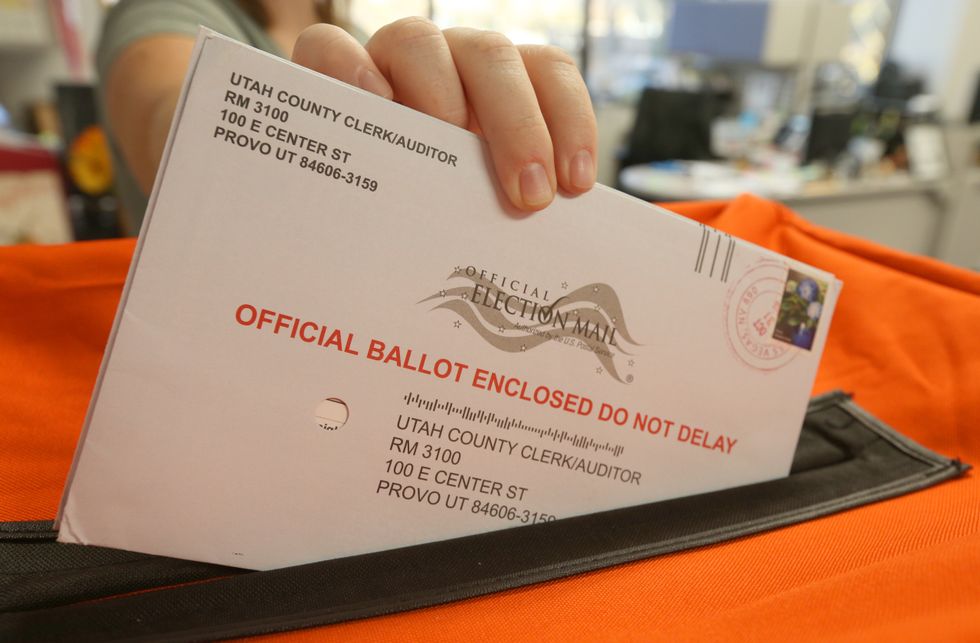 Florida authorities uncovered a plot to register dead Floridians to vote as Democrats in the upcoming election, according to the Sun Sentinel.

From the Sun Sentinel:

An unknown person in Columbia, S.C., submitted at least 54 new voter applications in July in the same neat handwriting to the Broward elections office, several in each of 19 envelopes. Many of the voters were elderly, and had recently died in the Northeast.

Almost all of them were flagged by Broward elections office staff as suspicious, and turned over to the Broward State Attorney’s Office. Prosecutors have been watching since August, in a sting operation to catch the culprit, internal correspondence shows.

“This is an organized effort by someone who knew a little bit about Florida law but not a lot, and had a scheme to either undermine the Florida registration system with fake voters, or intended to vote 50 times,” Broward Elections Supervisor Pete Antonacci explained.

Shockingly, at least three of the applications evaded detection from election officials and resulted in the addition of the dead person to the active voter rolls.

Antonacci explained that one of the “weaknesses” of the voter registration system is there is lag time between a person’s death and their removal from the voter rolls.

“The system is based on the honor system, and the honor system is supposedly bolstered by the fact that if you lie on one of these applications, it’s a crime,” he told the Sun Sentinel. “With determination, you can muscle your way in.”

Officials stressed that no ballots were cast as a result of the fraudulent voter registration. Florida law requires identification before voting.

Bumper US jobs report defies surging inflation and recession fears
Biden Admin Floats Economy ‘In a Transition’ Because, Why Not?
Warner Bros. Discovery CEO David Zaslav embraces the past as he plans his company’s future
Anne Heche ‘stable’ and ‘expected to pull through’ after car crash
Video: NC Lt. Gov. Mark Robinson delivers rousing speech at CPAC calling for conservatives to save America from ‘socialist horde that is trying to drag it down into the pit of hell’