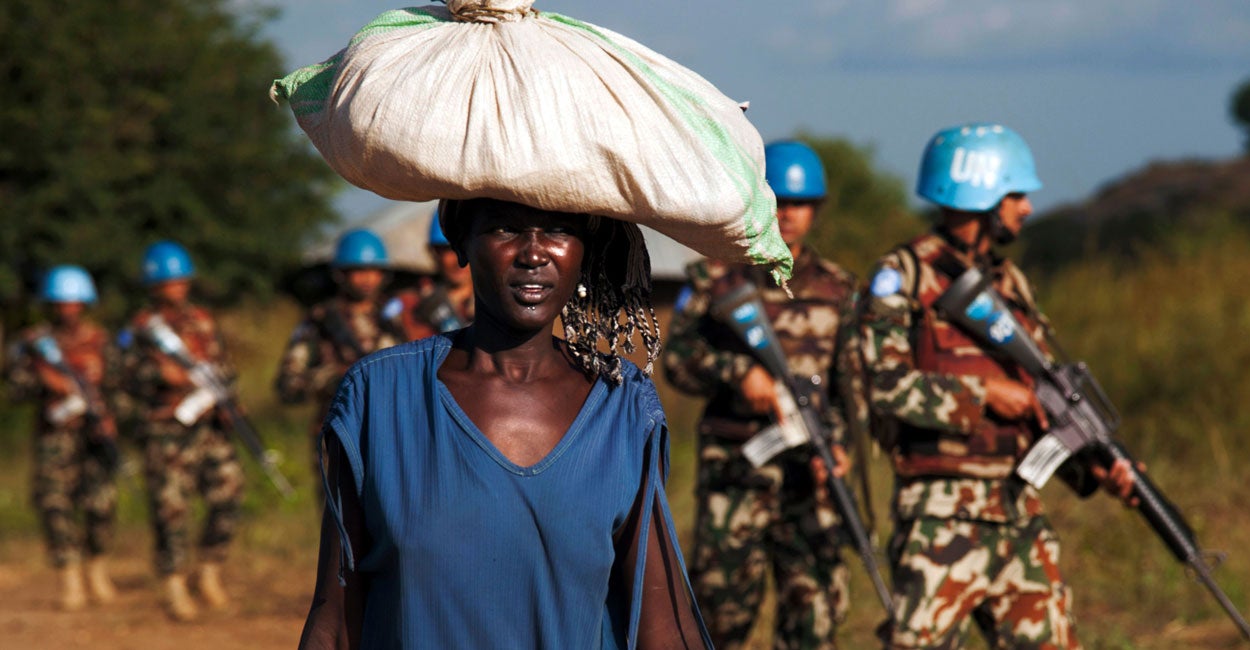 The United Nations General Assembly is commemorating the 25th anniversary of the event where Clinton said that—the Fourth World Conference on Women, held in Beijing.

Thousands of women and delegates from nearly every country in the world attended the 1995 conference. Attendees adopted the Beijing Declaration and Platform for Action, a document of over 200 pages detailing a comprehensive plan to achieve equality for women.

Yet just last week, at the opening of the General Assembly, U.N. Secretary-General Antonio Guterres asserted that “25 years since the Beijing Platform for Action, gender inequality remains the greatest single challenge to human rights around the world.”

That emphasis might be disputed by current victims of human rights abusers, including Uighur women subjected to forced abortions or sterilizations at the hand of the Chinese Communist Party, persecuted Christians in the Middle East, and targets of extrajudicial killings or forced disappearance in Venezuela. But many surely can agree that most women around the world have still not achieved equal rights as men.

Perhaps advocates for women’s rights have not achieved more progress in meeting women’s real needs in the past 25 years in part because the United Nations’ efforts have been dominated by a radical feminist agenda to advance abortion.

The unfortunate truth is that women’s rights have become nearly synonymous with “sexual and reproductive rights,” which in U.N. speak includes abortion.

The Beijing Platform for Action, quoting the International Conference on Population and Development, reminds member states and U.N. implementing agencies that:

But the U.N. itself finds seemingly unlimited opportunities to promote abortion.

Whether the subject is COVID-19 relief, aid in humanitarian crises, or the U.N. human rights review process, abortion features prominently.

The U.N. bureaucracy teams up with like-minded countries to insist that [abortion] be highlighted in nearly every resolution. The resultant coercive interplay between U.N. funding and recipient governments requires a significant amount of diplomatic energy, and results in the deprioritization of real human rights.

When it comes to women’s issues in particular, the U.N. human rights apparatus now upends the hard-won consensus on human rights that created the Universal Declaration of Human Rights at the organization’s inception, motivating the U.S. State Department to form its new Commission on Unalienable Rights.

Consider this statement from the U.N.’s Office of the High Commissioner on Human Rights: “Women’s sexual and reproductive health is related to multiple human rights, including the right to life, the right to be free from torture, the right to health, the right to privacy, the right to education, and the prohibition of discrimination.”

Shockingly, abortion advocates have succeeded in reading a right to abortion into many of the human rights that the U.N. is empowered to uphold, despite the fact that no international treaty codified by U.N. member states includes abortion. Instead, the right to life—including for the unborn—stands on much stronger footing in international human rights law.

Fortunately, the United States has become increasingly bold under the Trump administration in countering the U.N.’s promotion of abortion. At a congressional hearing this past summer, Kelley Currie, ambassador-at-large for Global Women’s Issues, reiterated that “there is no internationally recognized human right to abortion.”

President Donald Trump, Secretary of State Mike Pompeo, Secretary of Health and Human Services Alex Azar, and Ambassador Andrew Bremberg, the U.S. permanent representative to the U.N. in Geneva, all have made similar statements.

Nevertheless, liberals at home and abroad often act as if unfettered access to abortion is a prerequisite for women’s empowerment, as if women’s pregnancies—intended or otherwise—and capacity for motherhood are barriers to their success or fulfillment.

Take, for example, the new campaign led by Democrats in the U.S. House of Representatives to repeal the long-standing Helms Amendment, which prohibits U.S. foreign assistance funds from being used for abortion. The House Democrats insist that “abortion is health care everywhere.”

Also, a coordinated effort is underway to develop an entire “feminist foreign policy” for the U.S. to follow, with “sexual and reproductive health programs and comprehensive sexuality education” front and center, “as well as the foreign policy proposals outlined in the ‘Blueprint for Sexual and Reproductive Health, Rights, and Justice.’”

Meanwhile, women around the world continue to have pressing concerns about their families, safety, health, educational opportunities, and political and economic empowerment. Abortion is not the remedy for any of these problems.

To elevate women’s status and advance women’s rights, the United Nations should pursue a pro-woman agenda that is guided by the principal goal of promoting and preserving human dignity and unalienable human rights.

Hopefully, this 25th anniversary commemoration can serve as a turning point for world leaders to redirect efforts on behalf of women’s rights away from abortion promotion and toward holistic and effective measures to improve women’s lives.