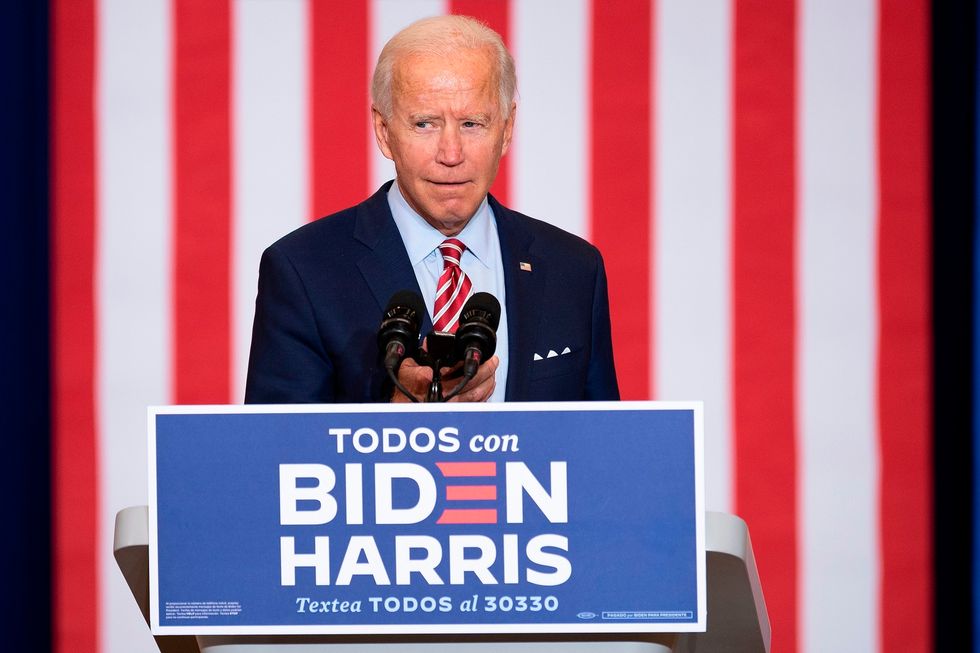 Democratic presidential nominee Joe Biden debuted his speech to kick off Hispanic Heritage Month by playing a popular Spanish-language song, “Despacito,” on his cellphone on Tuesday, after his campaign admitted that he has some “work to do” with Latino voters.

The song includes the lyrics, “Slowly” and “I want to breathe your neck slowly,” leaving social media users to mock its usage.

We know we have work to do and we have said from the beginning and Vice President Biden has been very clear about this — as has Sen. (Kamala) Harris — and we’re really working to earn every single vote in this country and we want to earn the votes of the Latino and Hispanic community and so we’re doing the work.

The outlet noted in a separate story over the weekend that Biden is “struggling to gain support of Latinos in [the] key battleground state of Florida.”

So, on Tuesday, before a speech aimed at Hispanic voters in Kissimmee, Florida, Biden pulled out his phone to play “Despacito,” a 2017 hit song by artist Luis Fonsi, who spoke ahead of him at a campaign address to recognize Hispanic Heritage Month.

“I just have one thing to say. Hang on, here,” Biden said as he reached the lectern to speak. Then, he began to play “Despacito” while bobbing his head to the beat.

Laughing, he added, “I tell ya what, if I had the talent of any one of these people I’d be elected president by acclimation.”

The moment was shared on Twitter by The Washington Examiner:

.@JoeBiden steps out and starts playing Despacito from his phone. https://t.co/V5lkUBOoCb

Biden took some heat from Twitter users over his display.

“Who in the Biden campaign thought this was a good idea?” one wrote.

Another tweeted, “Geesh I’m a Biden supporter and this made me cringe. Who the F thought this was a good idea, whoever it was sure hope they’ve been fired.”

One person pointed out the English translation in response, which LyricsFreak says translates as such:

The Kruiser Kabana Episode 141: Your Monthly Kira for July 2021
Do the Liberal Arts Still Have Any Place in Higher Education?
Fierce ‘defund the police’ supporter AOC spends tens of thousands on personal security, including ex-Blackwater contractor: report
Sen. Mike Enzi Focused on ‘What You Can Get Done,’ Not Disagreements
ABHORRENT! New York Times Calls Osama Bin Laden ‘Devoted Family Man’