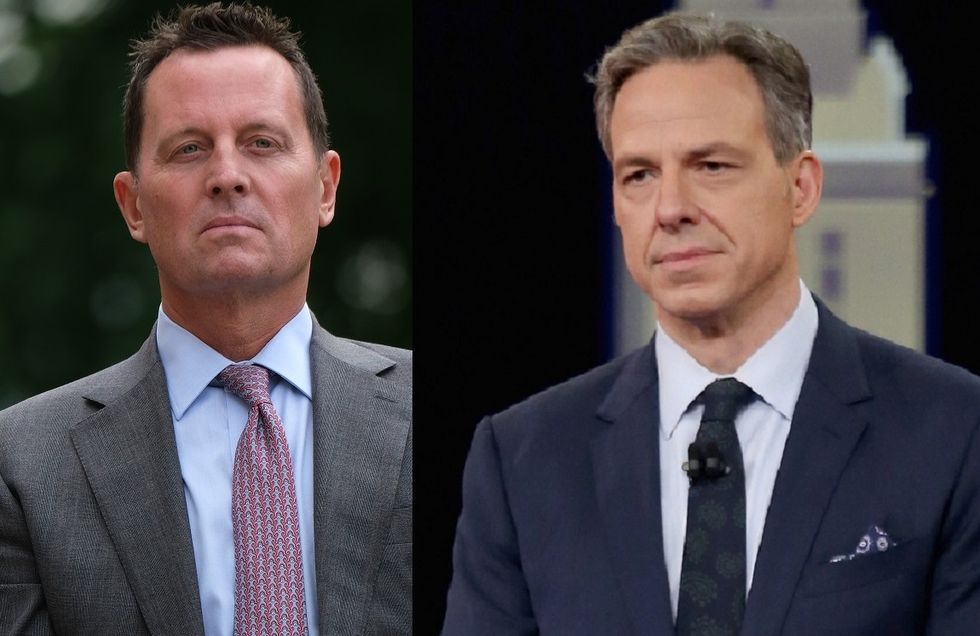 CNN’s Jake Tapper tried to pick apart President Donald Trump’s answer to a reporter on Thursday, leading former acting director of national intelligence Richard Grenell to remind the anchor of his own network’s false reporting while asserting: “You don’t know what you’re talking about.”

During a press conference, President Trump was asked about the report that Russia offered bounties to the Taliban to kill American troops and whether he had read about it in the President’s Daily Brief.

The president answered that he reads his briefings “all the time,” and said of the bounty report, “It was never brought to my attention, I think it’s another Russia hoax.”

He continued, “We’re working with Russia right now on a non-proliferation agreement—nuclear non-proliferation—and if we can get something like that it would be great. But it was never brought to my attention…because it didn’t reach the level. There were a lot of people, including Democrats, that said it never took place.”

“If it did take place, it would have been brought to my attention and I would take very strong action,” Trump added. “There’s been nobody tougher with Russia or China than I have—not even by a long shot.”

Tapper posted a clip of the exchange on Twitter claiming Trump’s comments that “It was never brought to my attention” and “I think it’s another Russia hoax” are “Not true.”

The anchor admitted, “Yes there is disagreement among Intel Community about GRU ‘bounties’ but there’s [intelligence community] consensus that Russia is arming and funding the Taliban. Who are killing US servicemembers.”

Grenell replied, “You haven’t seen the intel. You don’t know what you are talking about.”

He reminded Tapper, “Your network told Americans that Kim Jung Un was incapacitated and brain dead for weeks. And you said you had intel on it. Your intel ‘sources’ have agendas. And so do you.”

You haven’t seen the intel. You don’t know what you are talking about.

Grenell is starting to make a habit of dangling the Kim Jong Un story in CNN’s face. Last month, host Erin Burnett attempted to trap the former cabinet member on air into agreeing that John Bolton’s book couldn’t be both “highly classified” and “fake.”

“Of course, it can be both,” Grenell replied. “What are you talking about? Life is not simple.”

Grenell added, “CNN reported for a very long time that Kim Jong Un was brain dead. The fact of the matter is that was erroneous but had a nugget of classified information in there.”

Zemmour is the Future
How ‘Science’ Went Woke
Second Osundairo Brother Testifies in Smollett Trial, Says He Was Trying to ‘Curry Favor’ with Actor
DCCC gets hammered on Twitter for trying and failing to save Biden on gas prices
‘Our curriculum is deeply using critical race theory,’ Detroit Public Schools Community District superintendent says