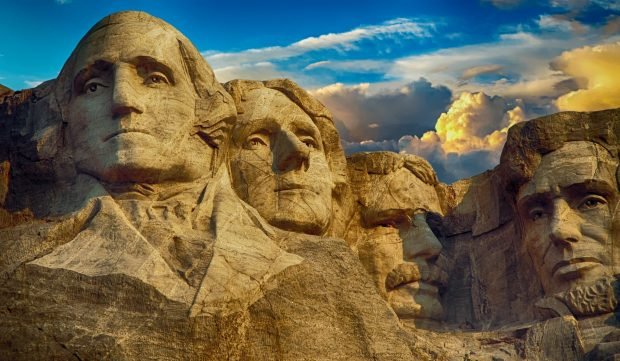 Shortly after President Trump delivered a historic speech in front of Mount Rushmore on Friday night, presidential hopeful Joe Biden released an Independence Day video message of his own focusing, in part, on racial issues. In his message, Biden pledged to end systemic racism and blamed the president for the divisiveness within the United States. The trouble, of course, is that Biden’s “quest” and commitment to fix race relations is significantly tainted because of his record and the president’s many successes with regard to black Americans. In essence, Biden’s “quest” to “fix” race relations only seems to apply when he is not engaged in the very wrong that he allegedly wants to correct.

According to Biden, his election in November would give the country the opportunity to “rip the roots of systemic racism out of this country.” Moreover, in a separate opinion piece published by NBC News, Biden blamed Trump for the division in the country. In essence, Biden is asking the American people to believe that he is their savior, the “messiah” who will unite the nation and bring all people together in peace, love, and harmony.

While Biden wants the American public to buy into his “pledge” to end/reduce racism throughout the country, he is, once again, haunted by his record. For example, according to Business Insider, citing a NY Times story, in 1977, Biden made very controversial remarks relating to busing and racial issues and was one of the Senate’s most vocal opponents to court-ordered busing. At a congressional hearing about anti-busing legislation, Biden stated:

Unless we do something about this, my children are going to grow up in a jungle, the jungle being a racial jungle with tensions having built so high that it is going to explode at some point. We have got to make some move on this.”

According to Business Insider, Biden was concerned that court-ordered busing would lead to a “race war” and cause resentment among black and white statements:

“You take people who aren’t racist, people who are good citizens, who believe in equal education and opportunity, and you stunt their children’s intellectual growth by busing them to an inferior school, and you’re going to fill them with hatred,” he said of a busing plan that would bus white students from the suburbs to urban schools.

He extended his concerns to a hypothetical black student from Wilmington too, wondering, “you send him to Alexis I. DuPont, bus him through Centerville every day, then send him back to the ghetto. How can he be encouraged to love his white brothers?”

Is this what Biden means by “fixing” race-relations?

Aside from these controversial and divisive comments, Biden’s record is marred by other such comments and/or examples. As reported by the Washington Examiner:

Biden told a largely black audience in Virginia during President Barack Obama’s reelection campaign that Republican candidate Mitt Romney was “going to put you all back in chains” should he win the election. And prior to Obama’s election to the White House, Biden called Obama the “first mainstream African American who is articulate and bright and clean and a nice-looking guy.”

“I mean, that’s a storybook, man,” Biden said at the time.

In 2019, Biden told a group of his supporters that “poor kids” were just as clever and talented as “white kids.” Finally, during a recent interview, Biden, in essence, told black voters how they should behave. According to Fox News, Biden stated, “I tell you if you’ve got a problem figuring out if you’re for me or for Trump, then you ain’t black.” This comment immediately faced backlash, leading a Biden aide to abruptly try to end the interview.

These examples cast serious doubt about the notion that Biden intends to “rip the roots” out of systemic racism and/or fix race relations. To the contrary, they are all controversial and directly relate to race-relations and/or stereotypes that he associates with different races. Rather than serving to calm emotions, they inflame and incite anger and resentment. However, Biden is stuck because his record speaks for itself. He is like a deponent who testifies under oath and later tries to change his answers because they do not fit a particular narrative/story. Unfortunately for Biden, he cannot take back his comments.

Further adding to Biden’s troubling record and his “pledge” to end systemic racism and/or fix race relations is the fact that President Trump, for example, has dramatically helped black Americans. More particularly, according to Newsmax, Trump signed the First Step Act into law, where 91% of the total inmates released have been Black Americans! President Trump also provided funding for historically black colleges and universities, reduced unemployment levels for black men and women to their lowest levels in modern history (the coronavirus has obviously impacted these employment numbers), and reduced dependency on food stamps by black Americans by encouraging (and helping) them to work.

His opponent, on the other hand, merely sent a video in hopes of garnering support and erasing a record that will stick with him long after the November elections have come and gone.

Mr. Hakim is a writer, commentator and a practicing attorney.  His articles have been published in The Washington Examiner, The Daily Caller, The Federalist, The Epoch Times, The Western Journal, American Thinker and other online publications.

Rolling Out the Red Carpet for Biden and Harris
An Alien Haven in Southeast Texas?
Pennsylvania Dem Lt. governor gets schooled after he claims ‘lies’ about election are ‘not protected speech’
Politico: Will Biden agree to jettison war authorizations?
The U.S. Officially Recognizes China’s Uyghur Genocide