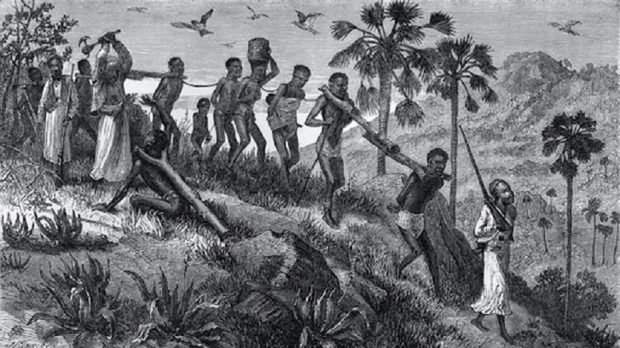 Of course everyone now realizes that Democrats have become increasingly more insane, America-hating, more difficult to live with, and have become just plain dangerous these last twenty or so years, and especially since the election of Donald Trump to the Oval Office. But it was Democrats in the antebellum South who owned slaves and were responsible for the formation of the KKK, while it was a Republican president in the nineteenth century who ended slavery in America, so it seems logical that we should be able to blame Democrats for all of the current racial troubles America is having. Slavery is the spark that ignited the current leftist rioting, burning and shootings these last couple of weeks, so Democrats must accept blame for them.

The Democrat chickens are coming home to roost, to borrow a phrase from one of Barack Obama’s advisors and who had great influence on his policies as president. And thinking, fed up Americans are literally running away from the insane and criminal cities where the roosting is most prevalent, all of which are Democrat-run cities that are being destroyed with their leftist policies of hate and illogic.

If Democrat mayors, governors and prosecuting attorneys are not removed from their positions of decision-making in these Democrat controlled cities, our nation is doomed as their policies and decisions lead to more suffering, violence and death at a time when we should be enjoying prosperity and peace in a nation restoring itself from eight years of a president who wanted to “fundamentally transform America”, the results of which are driving the national insanity that America is living with, and suffering under, every day.

Sorry, You Cannot Claim to be a Catholic and Support Abortion
Stefanik Claims Pelosi ‘Bears Responsibility’ for the Capitol Riot
Clown Show: Adam Schiff Pretends to Cry During January 6 Hearing, “God Help Us” (VIDEO)
Laredo CBP Officers Seize Cocaine Worth Over $715K at World Trade Bridge
Some Vaccinated People Still Raging at the Unvaccinated for ‘Neglecting Their Civic Duty’