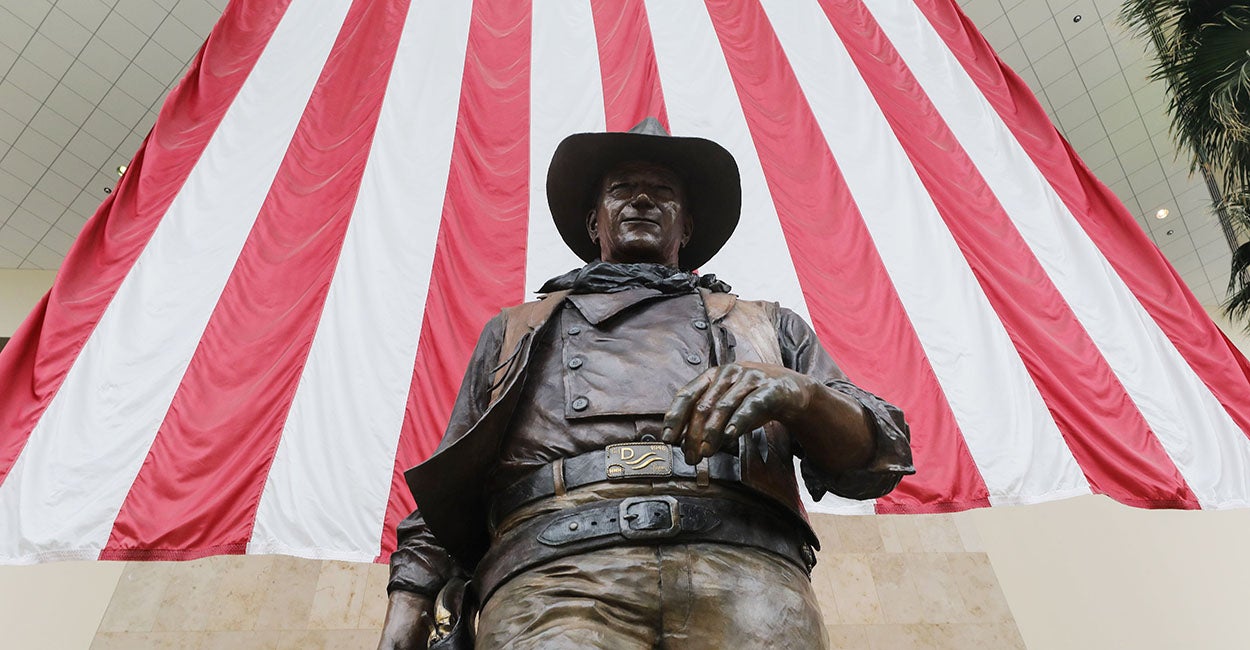 The Democratic Party of Orange County, California, has demanded the removal of actor John Wayne’s name from the county airport due to “racist and bigoted” remarks the Hollywood legend made nearly 50 years ago.

The party created a resolution last Friday to seek removal of Wayne’s name and likeness because of “white supremacist, anti-LGBT, and anti-Indigenous views” that the actor expressed in a 1971 interview, according to the document.

The move came in solidarity with widespread calls to remove “white supremacist symbols” and recognize their impact on the black community and “other oppressed groups,” the resolution stated.

“The Democratic Party of Orange County condemns John Wayne’s racist and bigoted statements, and calls for John Waynes’ [sic] name and likeness to be removed from the Orange County airport, and calls on the OC Board of Supervisors to restore its original name: Orange County Airport,” the resolution added.

Since George Floyd’s death May 25 in Minneapolis police custody, protesters have taken to pulling down and defacing statues and monuments across the United States to protest police brutality and racial inequality.

Wayne, an outspoken Republican who was famous for his roles in films such as “The Cowboys” and “True Grit,” died in 1979.

The Democratic Party of Orange County did not respond to The Daily Caller News Foundation’s request for comment.

Content created by The Daily Caller News Foundation is available without charge to any eligible news publisher that can provide a large audience. For licensing opportunities of our original content, email [email protected]