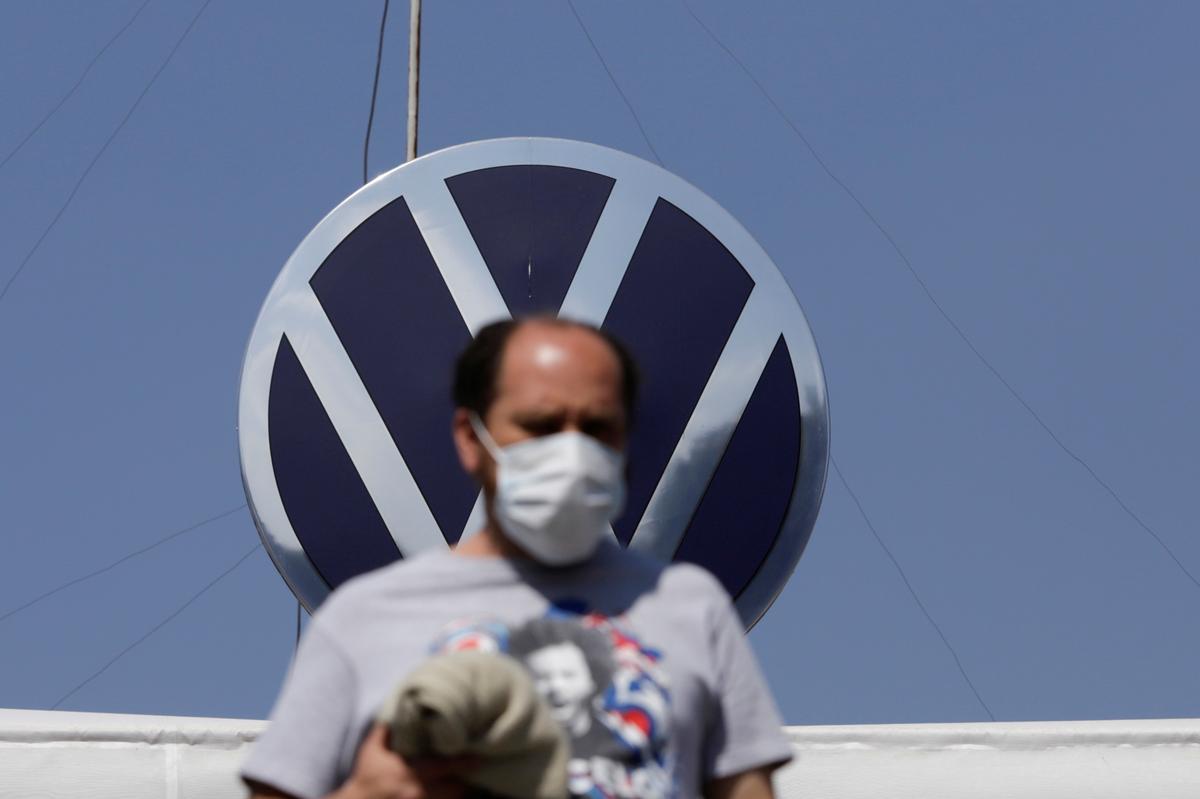 FILE PHOTO: An employee leaves the Volkswagen (VW) plant as the company will temporarily close its factories in Mexico amid growing worries over the spread of the coronavirus disease (COVID-19), in Puebla, Mexico March 29, 2020. REUTERS/Imelda Medina/File Photo

MEXICO CITY (Reuters) – Mexico’s Puebla state, where German automaker Volkswagen (VOWG_p.DE) and its luxury brand unit Audi (NSUG.DE) have major plants, said it is not ready to reopen its automotive sector due to ongoing concerns about the spread of the coronavirus.

Puebla’s Governor Miguel Barbosa signed a decree on Friday stating that the conditions for return of the automotive and construction sectors are not favourable, according to a statement published on the state’s Twitter account.

Barbosa, an ally of President Andres Manuel Lopez Obrador, has said he wants to reopen the state’s economy but not if that means people’s lives will be at stake.

The Mexican unit of Volkswagen AG had previously said it was ready to resume operations in Puebla and the state of Guanajuato on June 15.

Mexico has registered 133,974 official coronavirus cases and 15,944 deaths, though the government says the real number of infections and deaths is significantly higher.

The automotive industry represents 3.8% of Mexico’s gross domestic product (GDP) and 20.5% of its manufacturing GDP, and directly employs nearly a million Mexicans.