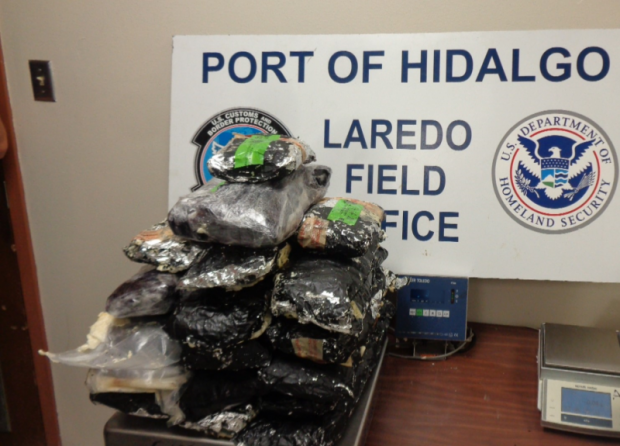 HIDALGO, Texas—U.S. Customs and Border Protection, Office of Field Operations (OFO) at the Hidalgo International Bridge arrested two people from Lubbock, Texas after detecting $1,733,000 worth of alleged methamphetamine and heroin within the vehicle they were driving.

“Our frontline officers’ persistence and perseverance in carrying out CBP’s border security mission is reflected in seizures like this,” said Carlos Rodriguez, Port Director, Hidalgo/ Pharr/Anzalduas. “This continued commitment helps protect our communities from dangerous drugs.”

CBP officers assigned to the Hidalgo-Reynosa International Bridge on June 10 encountered a 32-year-old woman accompanied by a 31-year-old man, both U.S. citizens, in a 2019 Mitsubishi Eclipse Cross arriving from Mexico. A secondary inspection which included utilizing non-intrusive imaging (NII) equipment resulted in the discovery of packages of suspected narcotics hidden within the vehicle. Officers removed 20 packages of alleged methamphetamine weighing 77.20 pounds (35.02 kgs) and one package of alleged heroin that weighed 4.71 pounds (2.14 kgs). These narcotics are valued at $1,544,000 and $189,000, respectively.

CBP OFO seized the narcotics, the vehicle and arrested both travelers who were ultimately turned over to agents with Homeland Security Investigations (HSI) who continue with the investigation. “Our frontline officers employ great persistence, perseverance in carrying out CBP’s border security mission and that continued outstanding commitment helps protect our communities from these dangerous drugs.”