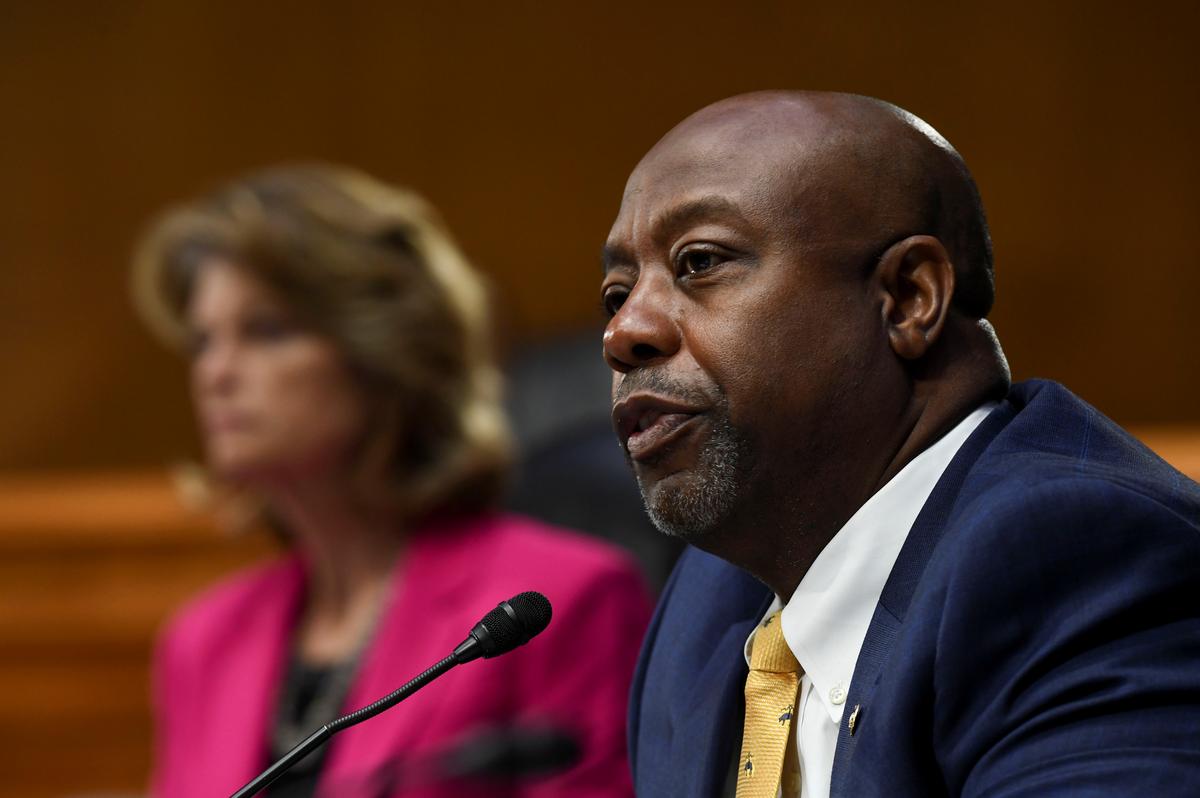 WASHINGTON (Reuters) – South Carolina’s U.S. Senator Tim Scott, the chamber’s only black Republican, was thrust into the center of the national debate on policing when Majority Leader Mitch McConnell put him in charge of the caucus’s response to protests over racial inequality and the use of force by law enforcement.

In announcing that Scott would lead the party’s effort to craft legislation, McConnell evoked the long fight for racial equality, and Scott’s life as a black American.

“I think the best way for Senate Republicans to go forward on this is to listen to one of our own, who’s had these experiences,” McConnell told reporters.

Scott reacted quickly after the death of George Floyd two weeks ago while he was in police custody in Minneapolis. “Firing the officers that killed #GeorgeFloyd was the right first move. The second? Arrest them,” Scott wrote on Twitter.

He also used the hashtag “Icantbreathe,” which Floyd said as he was dying, and a hallmark of protests across the United States and internationally since Floyd was killed.

Scott has talked about being stopped and questioned by police even during his seven years in the U.S. Senate.

On Tuesday, he said it was important to act quickly, and decisively.

“I think it’s important for this nation to take a very powerful stand and position that says, ‘We’re listening, we’re hearing and we’re reacting,’” Scott told reporters, saying he did not see “a binary choice” between supporting police and supporting communities of color.

But Scott has worked with two caucus members, Democratic Senators Kamala Harris and Cory Booker, on legislation to make lynching a federal hate crime, which has been included in a police reform bill introduced by Democrats and a draft of Scott’s plan.

Scott and Booker also were among senators who worked on a law signed by Trump that overhauled the criminal justice system.

Scott has broken from most of his party over some of Trump’s nominees for federal judgeships, as when he announced in 2018 that he could not vote for Thomas Farr, who was accused of legal efforts that disenfranchised African Americans.

And he rebuked Trump after the president failed to condemn a deadly white supremacist rally in Charlottesville, Virginia, in 2017.

Scott said he was optimistic that he could find common ground between congressional Republicans, Democrats and the White House so legislation would pass and become law.

“We’re making progress,” Scott told reporters at the Capitol after the meeting.