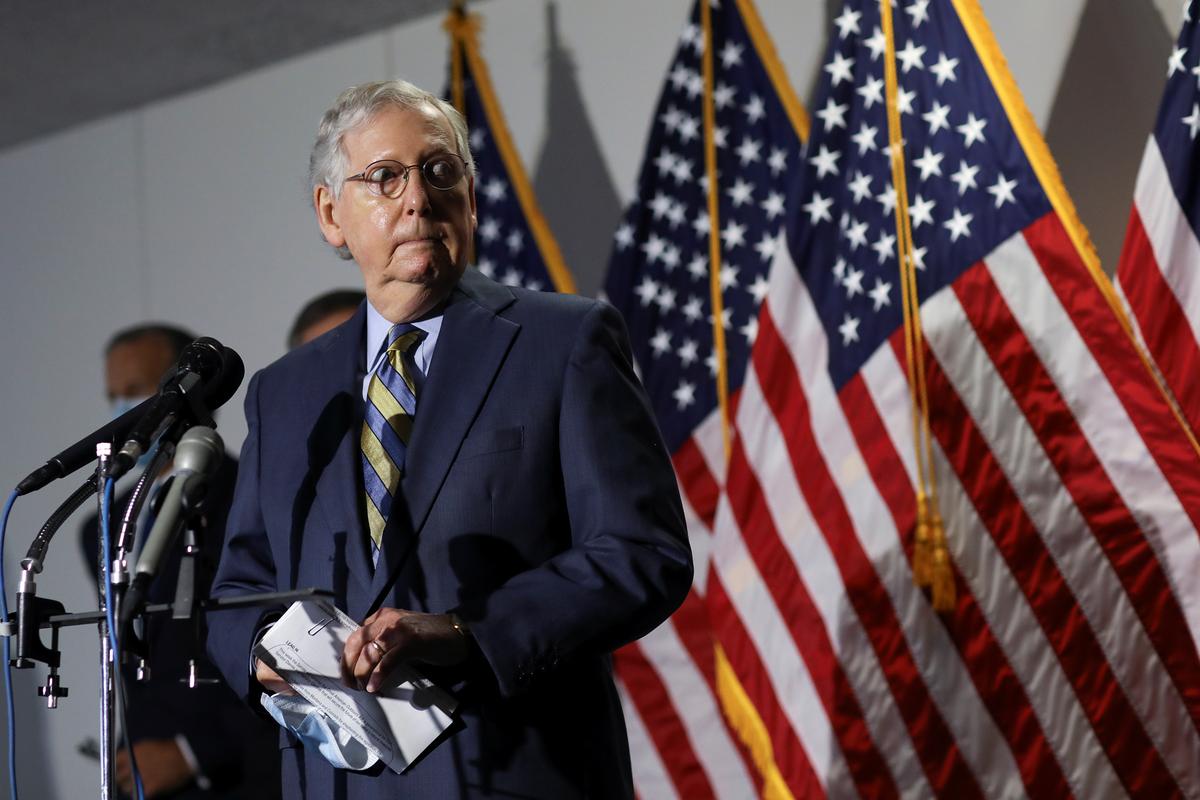 WASHINGTON (Reuters) – U.S. Senate Republicans said on Tuesday they were working on their own legislation to address police reform and racial injustice as the Democratic-led House of Representatives moved toward a vote this month on its sweeping reform bill.

Republican Majority Leader Mitch McConnell said Senator Tim Scott, the party’s only black member in the upper house of Congress, would lead the effort and that it was important that the Senate act.

“We’re still wrestling with America’s original sin. We try to get better, but every now and then it’s perfectly clear we’re a long way from the finish line,” McConnell told reporters.

Details of the bill have not been released. Senator Shelly Capito, one of the group working on the bill, said it was expected to have at least two prongs, one looking at police reforms and another at racial discrimination with proposed improvement in the criminal justice system.

Scott said he hoped to have a bill by Friday.

So far, Capito said, it does not include a federal ban on police use of chokeholds, cited in last month’s killing of George Floyd, the African-American man whose death in police custody has roused worldwide protests against racism. Floyd died as a white Minneapolis police officer knelt on his neck for eight minutes and 46 seconds. The officer has been charged with second-degree murder.

Separately, the House’s No. 2 Democrat, Representative Steny Hoyer, told reporters on Tuesday he was targeting a House vote on a policing reform bill during the week of June 22.

“That’s contingent upon the process of producing a bill that’s in shape for floor consideration by that date. We’re going to bring it up soon,” Hoyer said.

The House Judiciary Committee has scheduled a hearing for Wednesday.

‘ISIS Obsessed’ Woman Converts to Islam, Plots Bombings in New York City Because of ‘Islamophobia’
NEW NewsBusters Podcast: The ‘Deeply Catholic Biden’ Promoters in the Press
‘What the H***?’; Biden FLIPS OUT at CNN’s Kaitlan Collins Over Putin Question
End of an Era: The Rush Limbaugh Show Shuts Down
Electric chair executions halted as court says killers must get firing squad option