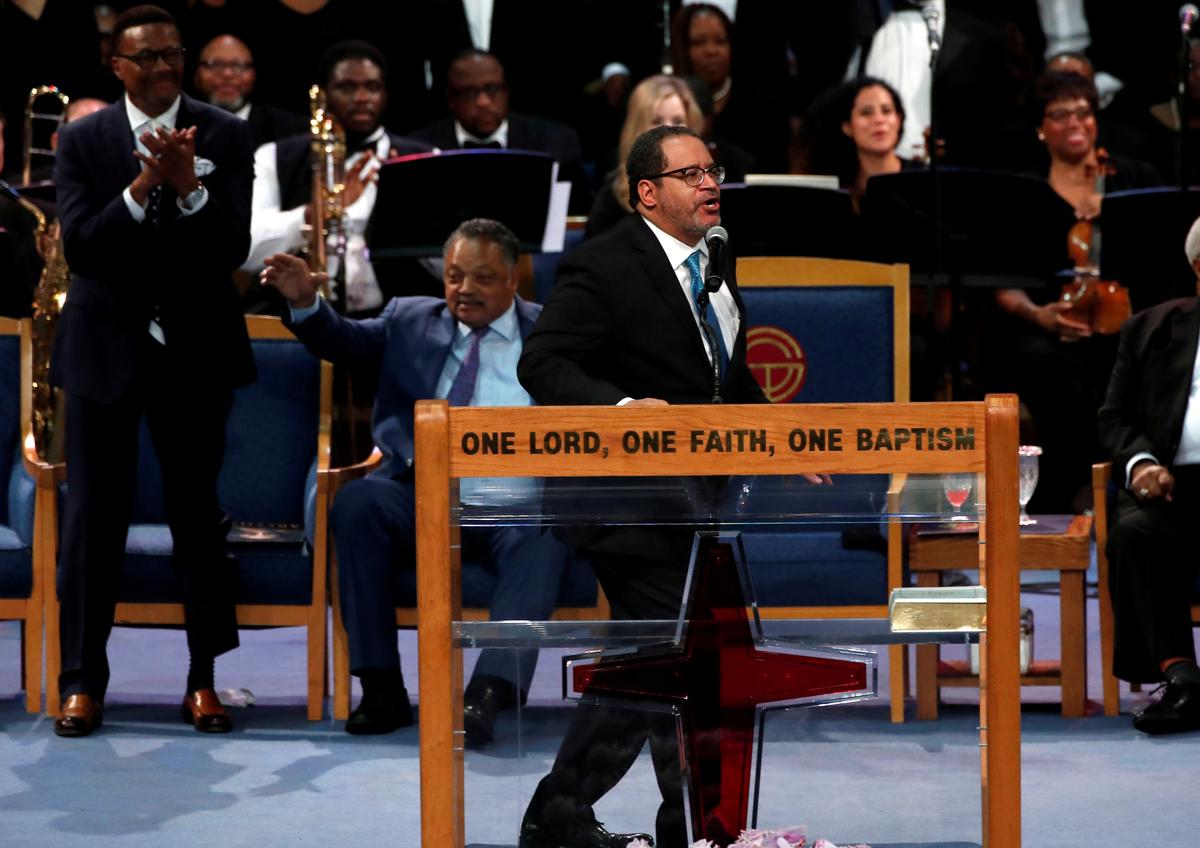 NEW YORK (Reuters) – As calls to disband police departments grow nationwide, Michael Eric Dyson, a professor at Georgetown University and author of 21 books including “We Cannot Stop: A Sermon to White America,” joined the #AskReuters Twitter chat series to talk about police, protests and politics.

Below are edited highlights of his conversation with Lauren Young and April Joyner of Reuters.

April Joyner: How will recent protests shape the future of policing in the U.S.?

Michael Eric Dyson: I think policing will be dramatically different. With Congress today proposing legislation to ban chokeholds, that’s a major step forward. Arguments about defunding the police are also on the horizon.

For instance, in New Jersey, we’ve seen examples of the defunding of the police and getting rid of police departments. Whether it’s outright abolition or not, at least the conversation is on the table.

People are thinking seriously about restraining police and keeping them from murdering innocent people, especially unarmed black folk. I think it will make a huge and profound difference in how we view policing in this country.

Lauren Young: Companies are donating money to organizations like Black Lives Matter. What are your thoughts on these contributions, and what is the best way for that money to be put to work to produce socio-economic change?

MD: It’s a beginning, it’s not an end, and it means that people are taking seriously what needs to be done — not just individual charity, but systemic change. That can be fostered by changing the corporate atmosphere and making sure that these things occur not episodically but on a routine basis.

The best way for that money to be put to work to produce change is to allow the people who are making the change to be supported — people on the streets or people behind corporate desks who are black and brown who understand the need for change in America and then ultimately funding those organizations that have been at this for a long time.

LY: How can white people respond to racial injustice now?

MD: I discuss these issues in the last chapter of my book. ‘Individual reparations account’ means that white brothers and sisters don’t have to wait for the government to engage in thinking about ideas to help those most in need of help.

Educate yourselves. Think critically about the issues that are prevailing. Talk to many black people, not just one. And then talk to white people yourselves. The greatest thing that I think a white person can do is to convince another white person that they have to address these issues.

Go to Thanksgiving dinner, eat your pumpkin pie first, then get down to business. Talk to granny and the nephews, aunts and uncles, too.

AJ: What are you optimistic about now?

MD: The great theologian Reinhold Niebuhr said ‘Optimism is a shallow virtue.’ Hope is different. It’s deeper. It digs into the resources of our collective will to be better. Hope begets hope.

Even when it looks dark, the stars are shining. So as a Baptist preacher for 41 years and as a professor, I think we’ve got to hope. I think this is a great time. People are taking this seriously. White brothers and sisters are asking serious questions; they’re in the streets with black people and Latinx people and others.

We must take advantage of this. I am more hopeful now, despite the misery and the crisis that has occurred, because I believe that together, ‘E Pluribus Unum’ (out of many, one). We will prevail.