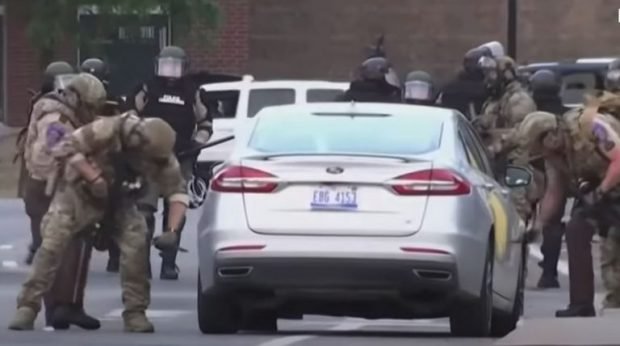 The Minneapolis Police Department Monday acknowledged video that emerged showing officers slashing protesters’ tires on May 30, but defended their actions, according to the Minneapolis Star Tribune, which originally reported the incident.

“State patrol troopers strategically deflated tires… in order to stop behaviors such as vehicles driving dangerously and at high speeds in and around protesters and law enforcement,” Minnesota Department of Public Safety spokesperson Bruce Gordon said.

“While not a typical tactic, vehicles were being used as dangerous weapons and inhibited our ability to clear areas and keep areas safe where violent protests were occurring. As in all operations of this size, there will be a review about how these decisions were made.”

Photos and videos of the incident show officers equipped with military-style gear repeatedly stabbing the tires of the unoccupied cars. The incident took place as protests stemming from the death of George Floyd have continued in Minneapolis and across the country.

Protesters were not the only people whose cars were damaged by the handful of officers. Andrew Kimmel, a documentary producer for the Los Angeles Times, said that the tires of his rental car were slashed while sitting unoccupied in a Kmart parking lot. A video he posted to Twitter has been viewed more than 1.3 million times.