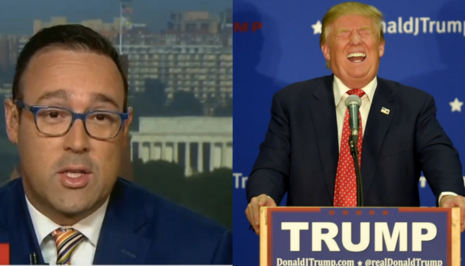 If you boldly make an incredibly embarrassing prediction that turns out to be horribly wrong, wouldn’t you prefer not to make that same mistake again? Most normal people would avoid repeating that error. However, CNN’s Chris Cillizza revisited his 2016 electoral prediction and renewed it for 2020.

Amazingly the two predictions have almost identical headlines. The 2016 Cillizza prediction appeared in the October 11, 2016 Washington Post in which he (and Aaron Blake) proclaimed that “The 2016 electoral map is rapidly slipping away from Donald Trump.”

After that prediction flopped, instead of putting it to sleep forever, it looks like Cillizza merely recycled it for 2020 at CNN with virtually the same headline: “The electoral map is tilting badly against Donald Trump right now.” In fact the two headlines are so similar as to be interchangeable: “The Electoral Map Is Badly/Rapidly Tilting/Slipping Away From Trump.”

Exit question: Will Chris Cillizza also be forced to recycle his 2016 excuses for being wrong in his election prediction later this year?